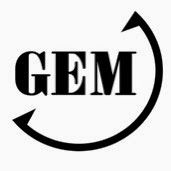 Fifteen years ago, a group of academic researchers, led by the London Business School and Babson College in the USA, undertook the first detailed comparative study of entrepreneurship in ten countries.

The Global Entrepreneurship Monitor (GEM) has, since those early days, now expanded into a consortium of more than 90 teams across the world, an annual exercise which, since 2000, has included Wales.

Essentially, all countries use the same methodology so that detailed comparative research can be carried out across those participating. This includes an annual survey that is completed by a representative sample of at least two thousand adults in each economy.

This is supplemented by a detailed consultation with national experts on ‘entrepreneurial framework conditions’ namely factors that attempt to explain the nature and level of entrepreneurship in each individual economy such as access to finance, government support programme and entrepreneurial culture.

For those of us who took part in the early years of the GEM project, the goals of the initiative were straightforward, namely to measure the difference in the level of entrepreneurial activity between economies.

Certainly, this is why the Welsh Development Agency, in a groundbreaking move, offered to support a specific regional sample for Wales so that it would be able to benchmark Wales against the UK and other major nations. It would also help to track the progress and success of various national programmes such as the Entrepreneurship Action Plan for Wales and, as a result, help to assess and develop policies aimed at enhancing entrepreneurial activity and culture.

From a broader academic point of view, and through having so many countries contributing to an ever-increasing dataset, GEM also presented an opportunity to understand how entrepreneurship related to economic growth.

With the database now having grown to nearly two million observations in the 104 economies that have participated in GEM between 1999 and 2013, it is possible to identify some general trends that will help develop policies in the future.

For example, GEM has shown that entrepreneurship rates will differ among economies at similar stages of economic development. More importantly, it has demonstrated that different types of entrepreneurial activity do not necessarily have the same impact on economic development. This is a vital lesson for many policymakers who believe by just copying a programme from another country or region to support entrepreneurial activity will be successful in the context of their own economy.

More specifically, perhaps one of the most important lessons from the research comes from the results which have measured the effect of an economic crisis on entrepreneurial activity, as we saw during 2008 and subsequently as economies were recovering from the worse recession in living memory.

This showed that whilst some individuals may postpone entrepreneurial activities because of an expected decline in demand, others may actually see new opportunities emerging from a crisis and set up their own businesses. As a result, governments need to be able to put into place the right type of mechanisms that boost demand and support at a time when it would be expected that entrepreneurial activity would fall.

There have also been consistent innovations in the data gathering that have shed new light not only on economic issues but the personal lives of entrepreneurs. For example, the latest GEM report introduced a new approach that linked entrepreneurship indicators with measures of well-being such as satisfaction with one’s current work and work-life balance.

From this, it found that entrepreneurs exhibited relatively higher rates of subjective well-being as compared to the rest of the population. Simply put, those who start their own business are generally happier and content than those who do not. More importantly, whilst male entrepreneurs continue to outnumber their female equivalents, women tend to score more highly on wellbeing suggesting that focusing on an increase in women-owned startups could also lead to better work-life balance across the economy

During the last fifteen years, GEM has helped build an understanding of the prevalence, nature and role of entrepreneurship in an economy and society at large. For Wales, it provided the very first useful data on entrepreneurship and continues to do so today, providing policymakers with a critical tool for understanding the relevance of enterprise on our economy. Hopefully it will continue to inform the Welsh Government on what it can do to improve the entrepreneurial environment and, more importantly, help to create conditions in which new firms flourish.
Entrepreneurship GEM