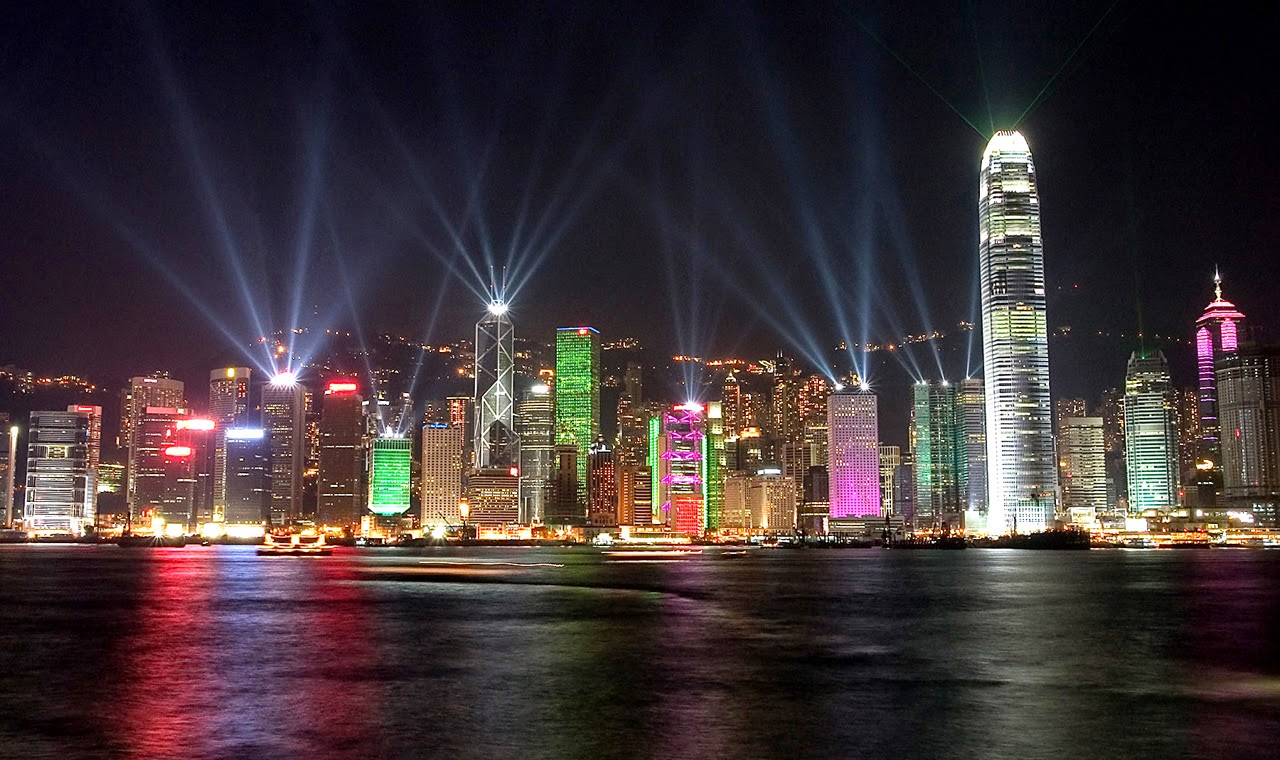 Last month, I spent two weeks with my family in the wonderful and exciting city of Hong Kong.
Apart from the usual sightseeing, one of the reasons for our visit was to get together with one of my best friends, Dr Charles Li.

We met whilst doing our Ph.Ds together in Birmingham, and whilst I stumbled into academia, Charles has moved onwards and upwards through the financial world to become head of the ANZ Bank in China.

The last time we visited Charles and his family was back in 1997 when Hong Kong was being handed back to China and as the photos below shows, we had a great time both then and seventeen years in the wonderful environs of Jimmy's Kitchen. Since then, there have been considerable changes both regionally and globally that have had a significant effect on this prosperous island. Perhaps the most important difference is that, unlike seventeen years ago, Hong Kong is no longer an isolated centre for prosperity in South East China.

With the growth of the mainland China economy around the Pearl River Delta, Hong Kong has had to adapt itself to changing circumstances and has had to partly reinvent itself in the process. This it has managed to do successfully and, according to the World Economic Forum, Hong Kong remains one of the most competitive economies in the World and was ranked above the UK in 2014.

It is still a major financial centre as the famous Victoria Harbour skyline with its array of global banking headquarters testifies, despite Shanghai being touted to become a more important finance location within Asia over the next few years. However, with the Pearl River Delta expanding massively in the last decade to have a greater export impact than Japan - only Germany and the USA having a greater trading volume than this region - Hong Kong has found itself as the gateway to one of the fastest growing manufacturing regions of the World.

And despite fears about the political influence of China and its ability to continue its economic growth, Hong Kong has topped the rankings as the world's freest economy in the Index of Economic Freedom for 20 consecutive years.

The former colony has therefore continued to evolve in a changing global economy. More specifically, it is looking to create a revitalised role as a centre for new knowledge-based businesses that become global leaders in their fields. Indeed, Forbes recently voted Hong Kong as the leading technology hub outside of Silicon Valley, beating contenders such as Tel Aviv and London which is not surprising given that three of its universities are ranked in the top forty in the World.

Interestingly, the opinion of the world’s leading business periodical was that it wasn’t what was happening now that makes the city such a compelling prospect but the unrealised potential of Hong Kong in the near future . In particular, it felt that the combination of innovative and ambitious entrepreneurs on one side and a population of internationally experienced, wealthy tycoons on the other could result in the creation of the World’s centres for knowledge-based entrepreneurship.

So what does this mean for UK businesses wanting to expand their operations globally?

Certainly, with access to talent, capital and, most importantly, the Chinese market, there are real opportunities for innovative businesses from this country that want to use Hong Kong as a launchpad for their overseas business especially in areas such as creative industries, energy efficiency and waste management, financial management, medical devices and information technologies.

One way to access this global technology hub is through the StartmeupHK Venture Programme. This is a global competition for high-impact, innovative and scalable startups that want to expand their businesses globally from Hong Kong.

Launched earlier this week, it aims to provide a one-stop platform for entrepreneurs to set up and expand their business in Hong Kong and so gain access to financial, intellectual and social capital. More importantly, it will connect start-ups with key parts of the entrepreneurial ecosystem in Hong Kong including multi-national corporations, investors, entrepreneur clubs, co-working spaces, incubators and universities.

Those firms that are successful will be provided with a free return flight and accommodation in Hong Kong so that they will be given the chance to pitch their business to potential partners and investors in November.

During their five day visit, they will also be invited to attend a market briefing organised by InvestHK – the business arm of the Hong Kong Government - and receive mentoring and practical help to build their business in Hong Kong.

Certainly, it is an opportunity not to be missed and given the increasing numbers of innovative Welsh companies, I hope that they will take full advantage of this chance to access the fast growing Chinese market and create trading links between Wales and one of the most entrepreneurial cities in the World.
Hong Kong startups