PAY DAY LOANS - IS IT TIME FOR AN ALTERNATIVE? 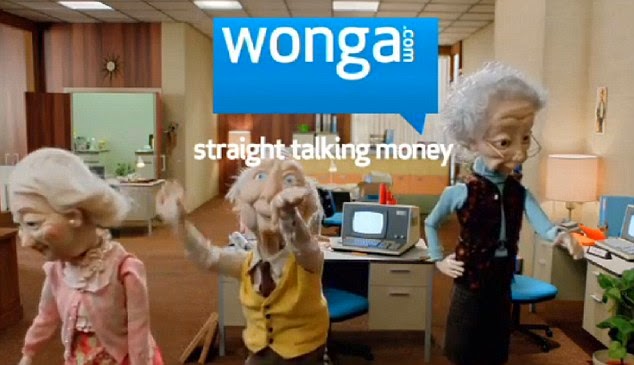 There has been increasing concern regarding the growth of so-called payday loans i.e. small, short-term unsecured loans where both the principal and interest scheduled is to be repaid on a single date.

They are generally used by those who cannot obtain credit from mainstream funders such as banks and, as a result, the businesses who provide such facilities have been accused of  preying on the most vulnerable in our society who have little option but to go to such lenders for financial support.

Whilst the sums borrowed are not high individually, the amount of interest paid on such sums are perceived as extortionate. For example, the Office of Fair Trading has estimated that the average payday loan is around £270 for 30 days, with interest ranging from around £15 to £35 per £100 borrowed for one month. This, in annual percentage rate (APR) terms is equivalent to between 448 per cent and 3752 per cent.

And whilst companies such as Wonga have been accused by the Archbishop of Canterbury of being legal but not ethical or moral, there is little doubt that this is big business for these firms. Indeed, over 12 million short term payday loans were arranged in the UK in 2012, equivalent to around £3.7 billion of credit, with those borrowing paying over £900 million in interest and charges.
So why have such businesses grown?

According to a recent report from the accountancy body ACCA, this is down to a combination of factors that are a direct result of the financial crisis of 2008. Falling real incomes have created demand for short term loans and, because of the lack of appropriate regulation and restrictions by traditional lenders on unsecured borrowing, this demand has been met by new entrants into the market which are able to offer loans quickly to potential customers. Indeed, approval by online lenders can take as little as fifteen minutes.

Perhaps it is not surprising that with Wonga claiming it turns down a high number of applications for loans, payday lenders seem to be making their revenue from so-called rollovers, so when a borrower cannot repay a loan at the end of the month, this is then extended until the next payday with additional interest and charges.

As a result, some individuals can remain stuck in an increasingly expensive circle of debt as the costs of servicing the original loan go up every day. A report from the Office of Fair Trading found that one pay day loan borrower had rolled over the same loan 36 times.

In fact, whilst £900m was spent by borrowers on payday loans in 2012, half of this came from rollovers. It is therefore not surprising that many are concerned that the business model adopted by the main payday lenders of focusing on repeat borrowing is failing to deal with some of the deep-rooted problems of indebtedness within parts of our society and,in fact, are exacerbating them.

With money flowing out of poor communities into these businesses the ACCA argue that not only would many payday borrowers clearly have been better off without these loans but as they are consumers, local economies would also have been given a boost if the money spent on servicing high interest loans would have been spent in their local communities.

The recent cap on borrowing on payday loans proposed by the Financial Conduct Authority will undoubtedly help deal with this issue but surely there needs to be greater innovation to deal with the problem of the lack of access to borrowing facilities by the poorest members of society?

Arguably, part of the problem is that the financial services industry seems to have reluctantly accepted that with mainstream lenders moving away from what they consider less profitable groups within their portfolios, payday lenders are the only alternative in providing access to capital for the most marginal in our society.

There are signs that some payday lenders have changed their approach to minimise their costs so that the cost of borrowing is lower - but perhaps a wider solution is required.  Certainly, the potential of credit unions to support the financial needs of the communities in which they are located has yet to be properly realised, especially in Wales.

In addition, there have been calls for charities to team up with banks to benefit from their infrastructure and economies of scale to deliver low cost loans to those that the mainstream lenders would normally turn down. The Welsh Government has also examined the potential creation of a publicly-funded Community Bank to help serve lower income individuals.

So there are alternatives that should be considered to the current situation and with the Church of England now stating that they want to support an alternative to payday lenders, there may finally be an impetus to ensure that those on the margins of society get access to the affordable loans that most of us take for granted.