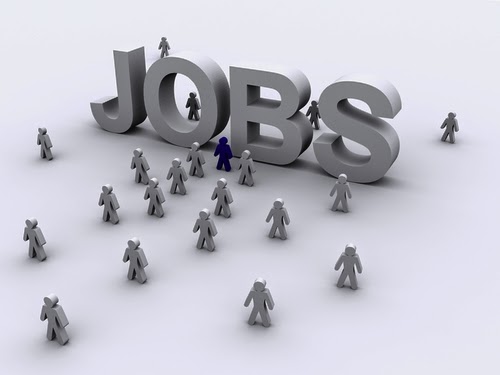 As the economy recovers, the UK Coalition Government is looking to the private sector to drive growth and, more importantly, job creation.

And the good news is that there are over two million more people now employed in the private sector across the UK since the last general election.

That is an increase of 9 per cent over the last four years and there is now a record 25 million people employed by private firms in the UK.

By region, the biggest growth has been recorded by Yorkshire and Humberside and London, both with an increase of around 14 per cent. In contrast, the two worst performing regions have been the North West of England and Wales, with a growth of just over six per cent.

However, this still means that 60,000 jobs have been created within Welsh businesses since May 2010 and there are now more a million people working for the private sector in Wales, higher than at any other time in the economic history of the nation.

Of course, whilst businesses are getting on with creating jobs, politicians are vying to take the credit for this success and Wales is no exception.

For example, the Welsh Government launched its innovative Jobs Growth Wales programme in April 2012. This provides young people with a job opportunity for a six month period paid at national minimum wage for a minimum of 25 hours per week.

Since the programme was launched, nearly 10,000 job opportunities have been filled, including 2,000 in North Wales, although demand is still outstripping supply, with nearly 36,000 applicants in the last two years.

To date, over 2,000 of those participating have gone onto to secure jobs with private sector employers and a further 1,000 have gone onto apprenticeships. Only 748 of those who have been on the programme end up being unemployed.

Therefore, there can be no doubt that this is a worthwhile programme that could, given that more young people are applying than are being supported, be expanded considerably. However, given that around 50,000 private sector jobs have been created since Jobs Growth Wales was started, it is clearly not the main driving force behind private sector employment in Wales.

In fact, whilst it is probable that other Welsh Government schemes, such as the Economic Growth Fund, have had a similar impact, it is the growing business and economic confidence that is driving forward investment and job creation within the economy.

But whilst the private sector is thriving, what is happening to the public sector?

Clearly, a key aim of the UK Government has been to cut its spending and a consequence of this has been a reduction in employment within the public sector.

In fact, 790,000 public sector jobs have been lost since May 2010, an overall decline of 13 per cent, although the growth in private sector jobs has more than compensated for this.

Wales, along with Northern Ireland, has seen the lowest reduction in public sector employment with 30,000 fewer jobs than four years ago, a drop of 9 per cent. This may suggest that there may have been a reluctance to adopt broad ranging cuts by Welsh public bodies although this may not last long given that the Welsh Government is looking to push forward with local government reorganisation.

With the Williams Commission recommending that the number of local authorities be reduced from the existing 22 councils to a maximum of 12, it is inevitable there will be further job losses as further efficiencies are sought.

Given such a scenario, it is clear that if Wales is not to be unduly affected by such a development, the priority of both the Wales Office and the Welsh Government must be to focus on supporting even greater employment growth within the private sector over the next few years.
employment jobs Jobs Growth Wales private sector public sector Wales