SELF-EMPLOYMENT IN THE UK 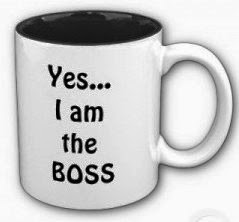 Figures released by the Office for National Statistics last week show that self-employment in the UK is now at its highest level since records began four decades ago.

Whereas there were 1.9 million people who were classed as self-employed in 1975, this has grown to 4.6 million today, an increase of 137 per cent as compared to a growth of 26 per cent in the number of employees.

The data also suggests that it is the self-employed that have made a significant contribution to sustaining the economy since the recession of 2008, with two thirds of the 1.1 million new jobs being created by those who work for themselves.

In fact, whereas the number of employees in the public and private organisations reduced by 759,000 between the recessionary years of 2008 and 2010, the number of self-employed actually increased by 69,000. And whilst employment has since recovered within both small and large businesses, it is clear that self-employment remains a significant part of the economy of Britain today. 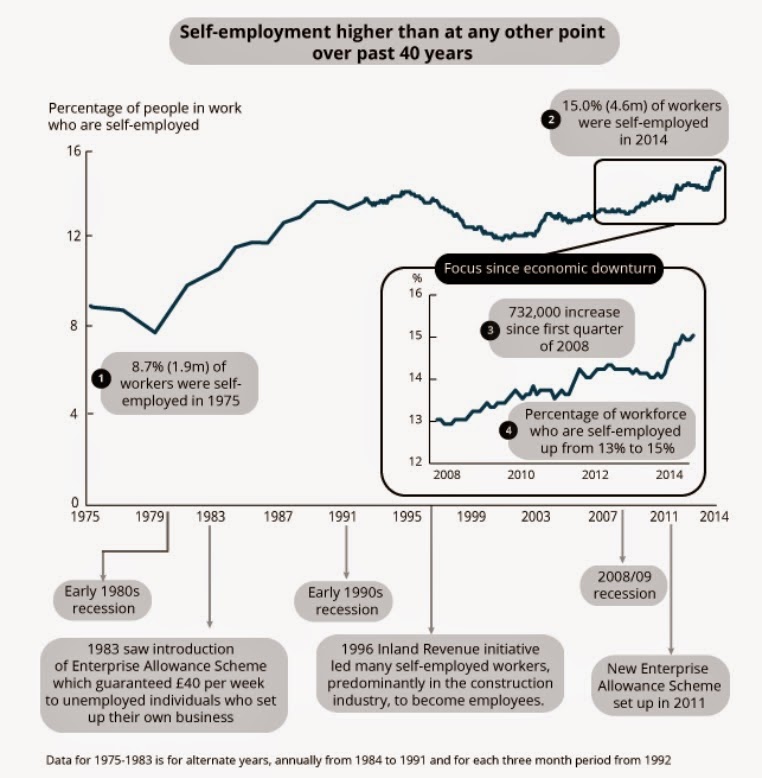 So who are the self-employed in the UK and where do they work?

In terms of gender, they are predominantly male, with women making up just under a third of the self-employed (1.4 million) in 2014. What is worth noting that whilst the increase in male self-employment has grown by 15 per cent since over the last five years, there has been an increase of 34 per cent in self-employed women. This is an important trend, especially as a higher proportion of women than men who are self employed as managers, directors, professionals and associate professional occupations. Indeed, the highest paid occupational group has shown the largest increase (47.2 per cent) in self-employment since 2009, particularly in jobs such as management consultancy, photographers and accountancy. 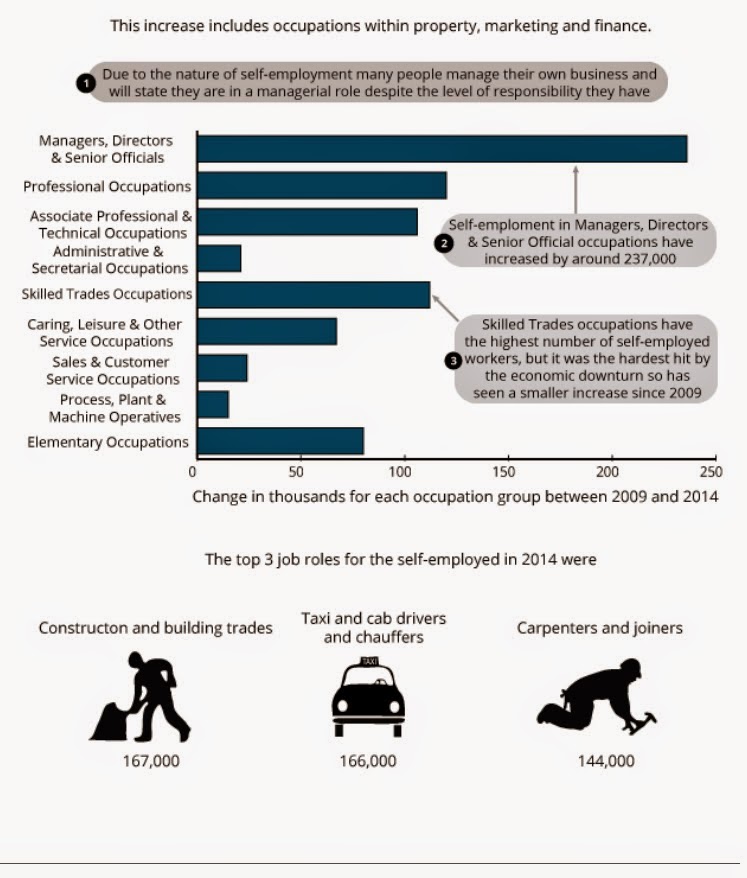 Despite this, the main occupations for the self-employed in the UK continue to be construction workers, taxi drivers, carpenters, farmers and shopkeepers, all of who play a vital role in today’s economy. However, there has been some volatility during the economic downturn in skilled trades, especially within the construction sector which has seen the slowest growth in self-employment over the last five years.

In terms of age, only 4 per cent of young people are self-employed, although this is not surprising given that most people do not even consider working for themselves until their mid-thirties. Nevertheless, with youth unemployment remaining high, it is surprising that there has not been a greater effort to convert the vast potential that exists within 16-24 year olds into new entrepreneurial opportunities.

At the other age of the age spectrum, it would seem that an increasing number of those who have retired are now working for themselves, with the self-employment among those aged 65 and over doubling from 241,000 in 2009 to 428,000 in 2014. Whether this is to supplement their pension or because of the need to keep active after they have worked for someone else is not made clear, although organisations that work with the over 50s such as PRIME Cymru are certainly in a strong position to support such individuals who wish to become self-employed at this stage in their lives. 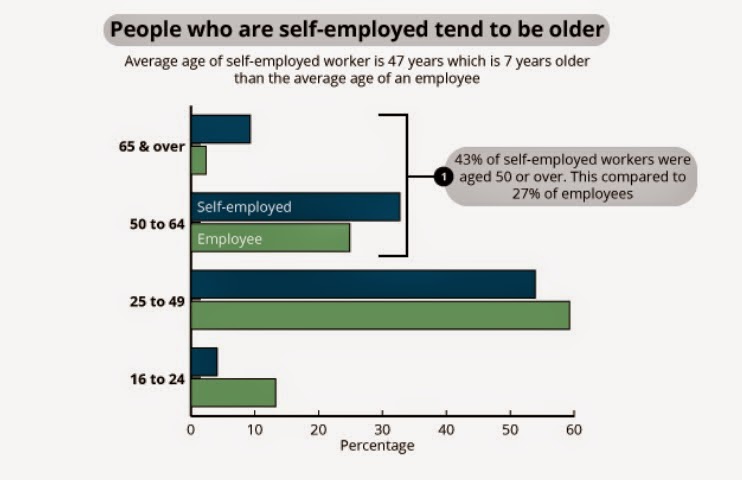 The self-employed are thus making a varied and important contribution as the economy recovers and grows. Given this, it was enormously disappointing to read the unconstructive anti-enterprise rhetoric from the TUC about the high rate of self-employment in the UK when the data was released, especially given major research projects such as the Global Entrepreneurship Monitor have consistently shown that the majority of people start their own businesses to pursue opportunities rather than because of necessity.

Perhaps those making such judgements haven’t read the work of Professor David Blanchflower, whose seminal research into this area has shown that despite the possibility of lower pay, longer hours and riskier prospects, the self-employed actually enjoy higher on average job satisfaction than those in paid employment. Indeed, other research work has demonstrated time and time again that independence, not money, is the biggest single factor as to why people go and work for themselves.

The world is changing and as individuals place more emphasis on autonomy, flexibility and work-life balance, it is more likely that they will choose, sometime in their career, to become self-employed. As various studies have shown, that is the changing nature of work over the next decade and government and other stakeholders should not discourage such behaviour but ensure that those who wish to pursue such an option are fully prepared for it and supported along the way.

Therefore, rather than adopting the critical stance that some have taken to this report about those who choose to work for themselves, let us not forget that self-employment is usually the first step in starting a business.

And given that the vast majority of net jobs in the economy are created by firms less than five years old, I would hope that this trend will carry on for many years to come and those who work for themselves, and who go on to employ others in the process, will continue to have a positive effect on the economy.
Entrepreneurship self-employment