BANK LENDING TO SMEs IN WALES 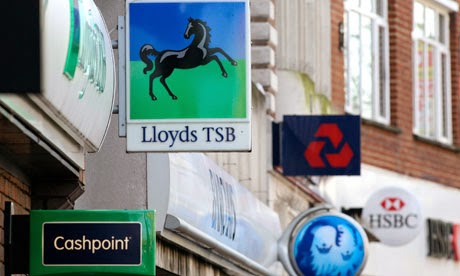 Research by the Federation of Small Businesses last month showed that the investment intentions of small to medium-sized firms (SMEs) had reached a new high, with many planning to increase investment over the next 12 months.

To do so, they will clearly need access to capital and the main source of such funding remains the high street banks. But with the Bank of England showing that banks remain reluctant to increase their borrowing to smaller businesses, the economy may be danger of stalling if they do not sufficient access to capital to take advantages of opportunities in the marketplace.

Data from the British Bankers Association (BBA) which only dates back to the third quarter of 2011, enables an examination to be made of the supply of debt funding from banks in Wales over this period.

The latest information available shows that the current value of loan balances in Wales in the first quarter of 2014 was £4.216 billion, which is approximately the same as when data was first gathered in 2011.

However, the value of overdraft balances had fallen by 13 per cent over this same period from £672m to £581m. This currently represents 4.8 per cent of the total UK lending by banks (loans and overdrafts) to SMEs, with 87.9 per cent of all banking in lending in Wales being in the form of loans, slightly lower than the UK (89 per cent).

A total of 14,369 overdraft facilities were also approved for Welsh SMEs over the same period with a total value of £313 million. The average overdraft for SMEs was £21,798, the second lowest of any UK region with an average overdraft of £17,977 for small firms and £56,638 for medium-sized firms.

Given this, what is the gap in funding for Wales? If we assume that the banks’ approval rates for lending are an average of 70 per cent, as the BBA (2013) suggests, then we can estimate that around 5,000 firms are turned down for a loan every year with a total funding gap of £443 million although a proportion of these may have applied more than once.

Similarly, around 9,300 firms are refused an overdraft with a total funding gap of £203 million. Again, some may have applied for both an overdraft or a loan and been rejected for one or the other but this data is not available.

Further analysis of the BBA data shows that the amount of loans and overdrafts available to SMEs in Wales has decreased by £101 million (or -2.1 per cent) between quarter 3 of 2011 and quarter 1 of 2014. However, it would seem that the biggest issue is with those smaller firms with an annual turnover of less than £1million. They have experienced a decline of £158m in the value of loan balances for small Welsh firms, which is the largest overall decline of any UK region over this period.

The data shows that the number of new loans to smaller firms has increased, although the average loan has decreased from £71,720 in Q3 2013 to £50,113 in Q1 of 2014. This reflects various conversations I have had with key stakeholders in the Welsh financial world that smaller firms that are struggling to get the finance they require from the banks.

This view is also evidenced by the findings from the latest Bank of England Agents’ summary of business conditions that suggests that whilst credit availability has continued to improve gradually, conditions remained tight for the smallest businesses.

There has been a 22 per cent decline in the number of overdrafts for small firms as well as a £52 million decline (or 14.2 per cent fall) in overdraft balances during this period. To explain this trend, banks have indicated that the reason that small firms’ overdrafts had been withdrawn or converted to loans or invoice discounting was because of a lack of utilisation. For example, the BBA have suggested that  only around 55 per cent of overdraft facilities are currently utilised by SMEs. Whilst this leaves almost half the agreed borrowing commitments available as ‘headroom funding’ for businesses to draw on, it is reducing year on year.

But it is not only smaller firms that are failing to get access to capital. With regard to those medium-sized enterprises that the CBI and others see as key drivers of the economy, the number and value of loan and overdraft facilities to medium-sized businesses has also declined over this period at a higher rate than for the UK which suggest that there has been a reluctance by the high street banks to fund all sizes of SMEs in Wales.

Therefore, the banks’ own data suggests that in Wales, there remain real issues when it comes to providing access to capital to both small and medium sized firms. As the economy continues to grow, it is critical that those firms that wish to expand their operations get the necessary capital to do so and one can only hope the banks will step up their lending to those sustainable businesses that can help transform their economy. If they do not, then there are a variety of alternative sources of funding that could and should be promoted to fill any gap in finance in the future.