INNOVATION DISTRICTS - HOW THEY CAN HELP CARDIFF, SWANSEA AND NEWPORT 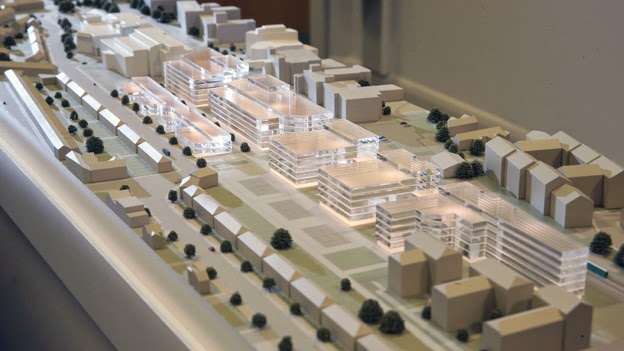 During the last few months, we have seen various plans for new developments focused on innovation across the three Welsh cities.

In Swansea, both universities are creating campuses that are aiming to boost the competitiveness of the region.  In Cardiff, the university has announced a £300m development that is focused on boosting innovation and entrepreneurship in our capital city whilst the whole of Newport seems to be involved in creating a new future based on initiatives such as the Software University and the Innovation Company.

Given this, those putting these new plans should certainly take time to read a new report from the New York-based think tank, the Brookings Institute.  “The Rise of Innovation Districts” is a comprehensive up to-date analysis of the growth of this type of phenomenon across the World.

It examines, in detail, how these so-called “innovation districts” enable the creation of synergistic relationship between people, firms and place that promotes idea generation and accelerates commercialisation within an urban setting. More importantly, as one commentator noted, they are part of a trend “to nurture living, breathing communities rather than sterile remote, compounds of research silos” as has tended to be the case in the past where large corporate and academic campuses were built in locations that were only accessible by car.

In many innovation districts, leading-edge universities and large companies forge relationships with start-ups, business incubators and accelerators. More significantly, such areas are not just focused on creating technology  and also offer mixed-use housing, office, and retail. In fact, they are designed to encourage collaboration through offering and designing an environment where ideas and knowledge can be transferred more easily between key actors.

Importantly for the three Welsh cities, the report shows that different areas can have their own mix of innovation drivers that draw on the unique characteristics of each locality although there are still a number of common factors that can lead to success regardless of location.

The first is the development of a collaborative leadership network that comprises of
a collection of leaders from key institutions, firms and sectors who regularly and formally cooperate on the design, delivery, marketing and governance of the district.

One could argue that these groups are already in place through the Cardiff and Swansea City Region boards although the key is to ensure that they both develop a coherent strategy to drive forward the main priorities that are needed for innovation districts.

Indeed, the second factor is for such groups to set a vision for growth by providing guidance on how an innovation district should grow and develop in the short, medium and long-term. According to most commentators, this should leverage the strengths of each innovation district such as distinct economic clusters, leading local and regional institutions and companies, physical location and design advantages and other cultural attributes.

The third factor is pursuing talent and technology, especially given that having skilled workers within a sophisticated infrastructure is the holy grail for innovation developments. That means having a distinct approach to attract and retain the brightest and the best people whilst investing in key assets such as high quality broadband, new laboratories and an integrated transport system.

Fourthly, the development of such innovation districts shouldn’t become intellectual ghettoes by excluding those currently not working in knowledge-based sectors. Indeed, cities such as Barcelona and Detroit have used urban regeneration opportunities focusing on innovation to help regenerate those poorer adjoining neighbourhoods by providing job and learning opportunities for low income residents in their locality. That’s will be key for the three Welsh cities which, despite their relative wealth, still contain pockets of real deprivation within their boundaries.

Finally, and perhaps, most importantly, the public and private sector need to be clever at how they can provide access to capital to grow the innovation districts. This not only includes funding for the entrepreneurial start-ups and support initiatives such as business incubators and accelerators but also support to help build up basic science and applied research in the district as well as the actual physical infrastructure, from buildings to broadband, that is needed to ensure the continuing success of such developments.

Therefore, there are real opportunities for Swansea, Cardiff and Newport to develop innovation districts that can revitalise local communities and, more importantly, result in sustainable economic development.

Done properly, three vibrant innovation districts could provide a strong foundation for a real recovery and help to reawaken the sleeping giants that make up our metropolitan areas across South Wales. I can only hope that our business and civic leaders will not only fully embrace the concept of innovation districts but provide the vital political and funding support needed to make these happen over the next few years.
City Regions innovation Wales