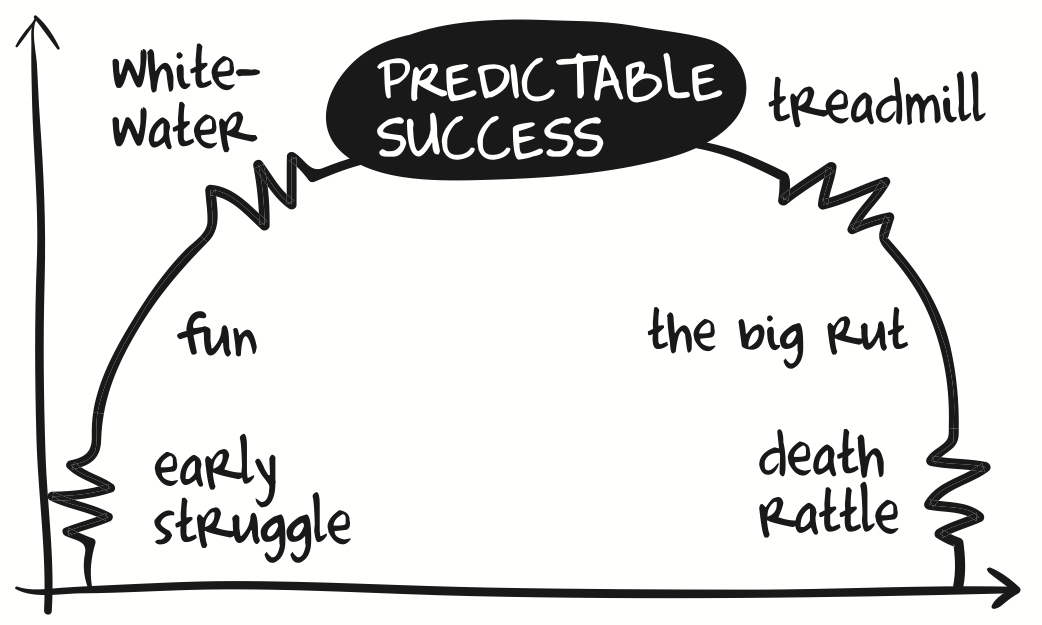 Whilst promoting entrepreneurship is seen as being important to the economy, there has been an increasing interest by governments in so-called high growth firms that make a disproportionate contribution to wealth and employment creation in economies around the World.

For example, a recent study from Cambridge University found that fast-growing small firms - defined as having an annual turnover of between £1-20m and over 20 per cent average yearly growth over three years - created 68 per cent of all new jobs in the UK between 2012 and 2013, despite making up just 1% per cent of the total business population.

They also generated 36 per cent of UK economic growth despite representing just 3.4 per cent of the total UK economy.

As readers of the Western Mail will know, we have not been slow in appreciating the achievements of the businesses here in Wales and since 1999, the Fast Growth 50 project has recognised the fastest growing firms in Wales annually. However, we have always felt that more could be done to ensure that such businesses are given the support necessary to build on their initial success.

Therefore, after last year’s competition, I began a conversation with the Welsh Government on how we could develop a more focused approach in helping the efforts of these businesses to grow further.
Given the job-creating propensity of these firms, both the Minister and officials were enthused at this idea and as a result of our discussions, a pilot project - the Growth and Innovation Network – has been supported to examine how those companies that create a disproportionate amount of jobs within the economy can be better supported in Wales.

It aims to provide access to a range of different programmes and networks, supporting businesses to increase profits, turnover and employment growth and thus making a substantial contribution to the Welsh economy.

However, I was also keen for fast growing firms to get access to some of the best advice globally from leading business practitioners. As a result, a two day event was organised earlier this week which brought over one of the leading business programmes in the World to give provide guidance to Welsh firms on how to grow even further.

“Predictable Success” is an organisational growth and leadership development model from the USA that focuses on the stages of growth and occasional decline that any business will go through regardless of size or industry.

It was established by Northern Irishman Les McKeown who has not only started more than 40 companies but was the founding partner of an incubation consulting company that advised on the creation and growth of hundreds of businesses worldwide.

I first met Les four years ago when visiting Boston in the USA and it became clear to me very quickly that his approach to helping businesses was exactly the sort of support that could really help growth companies to go to the next level in Wales.

So far, Les and his organisation have not only worked with many fast growing firms across the World but also with organisations as diverse as Harvard University, Google and the US Army.
With such a track record, it was clear that the Predictable Success model was one that could be used to help Welsh firms.

And so this week’s course was a great opportunity for growing Welsh businesses to develop plans to overcome the rising complexity in the business. More importantly, it has hopefully helped them to consider new approaches that can put into place the people, system and processes needed to go to the next stage of growth.

Speaking to those who attended, the other important benefit from programme was the opportunity to actually get together with other entrepreneurs within fast growing firms to compare and learn from each other. In fact, a recent study by Scottish universities found that what high growth firms really need is a more flexible, responsive and relational support where peer-to-peer support and specialised advice are prioritised.

Over the last sixteen years, the Wales Fast Growth 50 has shown that there are some very good companies in Wales that are creating wealth and employment in their local communities.
However, I believe that by bringing the best business programmes from all over the World here to Wales via the Growth and Innovation Network, it will enable these firms (and others) to develop the key strategies that will help them to take the next step to go from good to great and make a real impact on the Welsh economy.
Fast Growth 50 growth firms leadership Skills