THE RENAISSANCE OF THE WELSH ECONOMY? 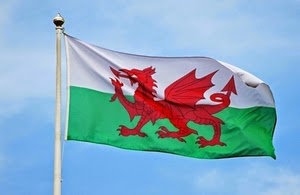 Every year across the regions of the UK, academics and policymakers await the latest release, from the Office for National Statistics (ONS), of the regional GVA (Gross Value-Added) data.

Simply put, this is a measure of the increase in the value of the economy due to the production of goods and services across all of the UK’s twelve regions. More importantly, it enables us to measure how Wales is doing relative to other parts of the UK economy.

Not surprisingly, the latest data released two weeks ago showed that London had the highest GVA per head at £40,215, while Wales had the lowest at £16,893.

That may sound depressing but unless there was a massive change in the Welsh economy over twelve months, that position would be unlikely to change.

What is more interesting is to see the relative growth of each part of the UK economy and despite the fact that the Welsh economy still remains bottom of the UK prosperity league table, it was nevertheless a pleasant surprise that Wales had shown the largest growth (along with the North West of England) of any of the UK regions in the period from 2012 to 2013.

However, if we analyse the data in more detail, then the story behind the renaissance of the Welsh economy since the great recession of 2008 is even more notable.

During the period 2007-2010 when the UK suffered the worst economic downturns in living memory, it was remarkable that despite a negative dip in 2008, the economy began to recover twelve months later. Indeed, over that period, the UK economy grew by 5.5 per cent (see below) 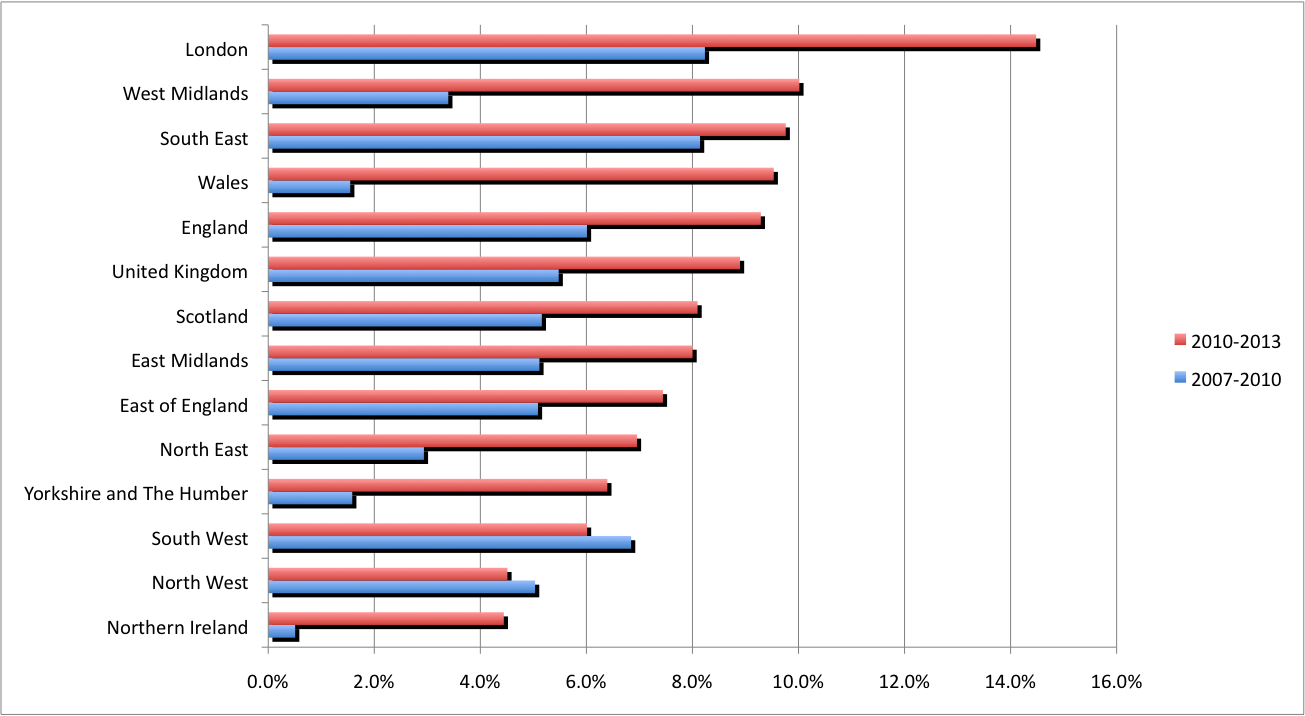 The Welsh economy was hit hard during this period, growing by only 1.5 per cent, with only Northern Ireland doing worse. Whether the Labour Government in Westminster or the Labour-Plaid coalition could have done anything to address this is something I am sure economic historians will debate in years to come.  The fact that only one other region – Northern Ireland – performed worst suggest that the economy of Wales was not in a robust enough state to weather the worst aspects of that tumultuous period. In addition, interventions such as Pro-Act, whilst helping some companies, did little to support the overall economy although some will clearly argue that without such programmes, it could have been far worse.

That is a depressing note for a newspaper column when everyone is looking forward to celebrating the New Year. So let’s examine what has happened to the Welsh economy in the years of recovery between 2010 and 2013 and whether this gives us more reason for optimism during this seasonal period.

According to the GVA data, the UK economy grew by 8.9 per cent during these four years. However, the remarkable story is that of the recovery of Wales, which grew by an incredible 9.5 per cent, placing it fourth behind London, the West Midlands and the South East of England in the prosperity league table for that period. More relevantly, it showed the largest change in economic growth of any UK region including London and the South East of England, something which politicians and officials in the Welsh Office and the Welsh Government have been slow to spot and, worst still, even slower to applaud.

Given this turnaround, which sectors have been the driving forces behind this revitalisation of the Welsh economy?

Whilst sectoral data for GVA lags one year behind that for the whole of the economy, the statistics for the period 2010-2012 show that, contrary to expectation, manufacturing was not responsible for the much of the recovery since 2010 with the GVA data shows that it only grew by 2 per cent over this period.

This disappointing contribution was mainly due to a massive decline in activity within traditional sectors such as petrol refinery (-69 per cent) and chemicals (-34 per cent), although it is worth noting that there is a clear growth in more modern manufacturing activities such as plastics (33 per cent growth) and computer, electronic and optical products (31 per cent growth). In addition, the energy sector, which accounts for only 2 per cent of the Welsh economy, grew by 34 per cent during this period.

However, the sector that made the largest contribution to the overall growth during this period is directly related to the tourism sector.  Accommodation and food services were responsible for 12 per cent of the entire growth of the Welsh economy, higher than any other private sector activity, and generating an additional £312m into the Welsh economy over three years.

Another growing area of importance is that of the arts, entertainment and recreation, which largely comprises of the creative industries. As we discussed last week, this is an area that has seen considerable investment in Wales during the last few years and looks set to be one of the star sectors of the future. The GVA data supports this view and whilst being only 1.3 per cent of the Welsh economy, was responsible for 5 per cent of its growth during 2010-12.

Given this growth, there will no doubt be arguments by politicians over whether it is Westminster or Cardiff Bay that has been responsible for this recovery in the fortunes of the Welsh economy.

As it is the Christmas holidays, I am sure such arguments can be put aside until next year when the election campaigns will be in full swing. In the meantime, it is clear that the business community in Wales can celebrate, at the end of 2014, clear signs that the Welsh economy may finally be experiencing sustainable growth that will continue although much remains to be done to ensure it continues in this vein.