WALES AND THE 2014 AUTUMN STATEMENT 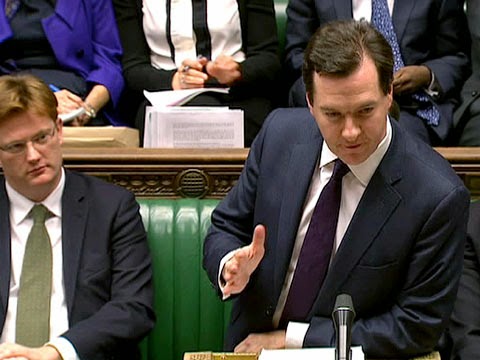 A week ago, George Osborne delivered his final Autumn Statement, the last for this Parliament, and fired the starting gun for the next General Election.

As we have come to expect from the current Chancellor of the Exchequer, it was a pragmatic and highly political presentation that had as much to do with supporting individuals and businesses as ensuring there is a clear blue water between the Conservatives and Labour in terms of the economic direction for this country.

And if Mr Osborne didn’t exactly park his tanks on Ed Balls’ lawns, he has certainly gatecrashed some of his opposite number’s key policies in his own way.

For example, there has been a relentless focus by the Labour Party on trying to portray the Conservatives as supporters of the banks and big business. That accusation will be difficult to maintain now that banks can no longer reduce their entire tax bill by claiming against the losses they incurred during the financial crisis they were largely to blame for.

Also, for those multinational corporations such as Amazon and Google that have been able to get away with making their tax liabilities disappear through complex agreements with Ireland and Luxembourg, that will no longer happen as they will now have to pay a tax on the money they make in the UK.

Finally, the rabbit in the hat moment – namely the unexpected changes in stamp duty – will help the average family moving home whilst also targeting those millionaires that Labour wanted to go after through their mansion tax proposals.

But what about Wales? Will George Osborne’s statements have a positive effect on this one part of the UK economy?

The heavy hints earlier this week that the UK Government has finally realized the huge potential of marine energy in Wales and promises to examine the case a tidal lagoon in Swansea Bay could trigger a major investment in green energy in Wales that is long overdue.

All that is needed is for Vince Cable’s Department to add the icing on the cake by bringing one of his high technology centres – known as catapults – to West Wales to help support this growing and important sector.

Many will also welcome the fact that we finally have an idea of the amount of taxes - £3bn – that Wales could rise by partly devolving income tax and land tax. It is a long overdue step toward a more mature devolution settlement where we not only get money from London to spend but also raise some of it ourselves in Wales.

And we will finally get business rates devolved to Cardiff Bay which will mean, as I have long argued, that we can could a more radical approach to supporting local businesses through this mechanism than our neighbours in England.

There may be some disappointment that whilst Northern Ireland gets the opportunity to put the case for devolution of corporation tax, Wales does not.

And whilst I understand the economic and political situation whereby Northern Ireland has to compete directly on the same land mass with the low rates offered by its neighbours in the south, I would have thought that a more compelling economic argument could have been made as to why only one part of the UK should get such powers.

Indeed, the irony is that it is Wales, not Northern Ireland that remains the poorest part of the United Kingdom and needs the this as power as part of its toolbox to grow its economy.

The announcement that more “Funding for Lending” money will be made available to SMEs through the banks goes against the current evidence on where smaller firms want to access their finance.

Certainly, during the evidence gathering for a new Development Bank for Wales, there has been little change in the appetite of most high street banks in supporting newer and smaller businesses and one has to wonder whether it would have been better for the UK Government to look at supporting alternative sources of lending for such firms.

But perhaps one of the biggest threats to he South Wales economy comes from the focus by Mr Osborne on generating a northern powerhouse by getting the cities of Liverpool, Manchester, Leeds, Sheffield and Newcastle to work more collaboratively together to set up a vast urban economic zone that could rival London.

In doing this, he is not only promising further devolution of key powers but has pledged major investment in roads and new rail franchises as well as new investments in science and technology such as the Sir Henry Royce Institute for advanced materials research and innovation.

Whilst such developments may have some benefit for North East Wales if the Welsh and UK Governments can work with the Mersey-Dee Alliance, you have to wonder where this leaves cities that are relatively small compared to the new powerhouse.

Whilst this focus on bigger city regions in England could be seen as a threat, it could also be the catalyst to get Cardiff, Swansea, Newport andBristol to work closely together and to ensure there is greater collaboration and co-operation across their respective city-regions so that politicians in London see the case for further funding within such a Severnside Economic region.

Therefore, the stage has been set for the next election and it will be interesting to see how individuals and businesses will react to the changes that have been put forward by the Treasury team.

We will also see if George Osborne’s acute political antennae have misjudged the mood of the country as the Labour Party thinks he has or whether he has established the economic direction that the majority of this country wants to follow next May.

It is going to be a fascinating six months between now and then.