GROWING R&D IN THE WELSH ECONOMY 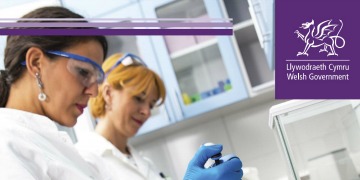 The economist William Baumol once suggested that “virtually all the economic growth that has occurred since the eighteenth century is ultimately attributable to innovation.”  Given the overwhelming evidence of the critical importance of research and innovation to prosperity over the last three hundred years, it is difficult to argue with the fundamentals of that statement.

That is why an independent review into research and innovation in Wales, commissioned by the Welsh Government and published this week, should be welcomed by everyone who wants the Welsh economy to succeed.

Written by Professor Graham Reid from University College London, it is probably one of the most important policy documents to come out in recent years, and sets out clear and unequivocal recommendations as to how Wales can stay ahead of the game in terms of ensuring that it not only grows its research base but that it makes a vital and continuing contribution to economic prosperity.

The good news is that Professor Reid’s review finds that the research and innovation ecosystem in Wales is strong, the research impact of higher education is higher than the UK average, and we have successful examples of collaboration between universities and business.

Unfortunately, the volume of research (even for a nation the size of Wales) is low as is the amount of research investment by the private sector. As a result, the research base does not currently have the scale to make a significant and sustainable impact on economic growth.

There are also changes in research funding that could have a major effect on the potential for Wales to grow its research base over the next few years.

For example, the creation of UK Research and Innovation (UKRI) has resulted in an unprecedented 30 per cent increase in funding although none of this is specifically earmarked for Wales and we will have to compete with the rest of the UK for that funding.

In addition, Brexit will bring to an end around £65 million each year of EU funding for research and innovation in Wales and there is again no guarantee that we will get the same levels of replacement funding from the UK Government.

In dealing with this uncertain future, Professor Reid has suggested three principles for Wales to follow. First of all, Welsh Government resources should be focused on things that only the Welsh Government can fund i.e. scarce Welsh money should not be spent on things that somebody else could fund instead. Secondly, funding should deliver not only research or innovation projects but also wider Welsh Government objectives such as raising productivity. Finally, the Welsh Government should ensure that it not only fills the hole left by lost EU money but ensures that Wales is in a position to win much more from UK-wide funding competitions.

So what are the key recommendations from the review?

Given the growing importance of UK funding, it is proposed that a new ‘Welsh Research and Innovation London Office’ is established to act in the interest of the both Welsh government and the research community in Wales by identifying and promoting funding opportunities, attracting talent and investment from the rest of the UK and increasing the visibility of our research and innovation outside of Wales. This is a long overdue development and it could finally give Wales the influence it needs at the heart of UK research funding.

Secondly, the review recognises that quality-related (QR) research funding allows universities to nurture new research talent, grab opportunities to work with businesses and charities; and explore emerging, cross-disciplinary research. However, Wales allocates less funding to universities for QR than it should do i.e. whilst Wales has 5 per cent of the UK population, it has less than four per cent of QR funding. In contrast, Scotland with 8 per cent of the UK population, has around 13 per cent of QR funding.

Given this, Professor Reid recommends that not only should the Welsh Government finally bring QR funding up to parity with the rest of the UK but it should also introduce an additional funding stream – the Future of Wales Fund - worth £30 million a year to encourage Welsh researchers to capture more in UK wide funding competitions.  This will not only protect and grow existing strengths in the Welsh research base but will incentivise universities to leverage further research investment from elsewhere and secure greater impact for Wales from its research base.

Many will welcome this proposed reversal in the decline of research funding which is so critical not only in developing a strong knowledge base for the Welsh economy, but in attracting talent and skills for the future.

Finally, and perhaps most importantly, the review proposes that a new overarching brand is created to increase the visibility, coherence and impact of research and innovation in Wales.

Known as the St David’s Investment Fund, this would aim to be a £100 million resource to not only consolidate innovation support for businesses in Wales but would focus on ensuring that the private sector can integrate existing Welsh Government funding with other sources of funding and achieve more effective engagement with external investors.

And whilst this may not be the national innovation agency some have called for, it will finally bring some clarity, coherence and direction to Welsh innovation policy and support, and will directly support greater productivity.

Therefore, by examining the research and innovation landscape in Wales, the Reid review has come up with a series of recommendations that are based on clear evidence, actually make sense whichever way you look at them and, more importantly, are easily to implement. We can only hope that the Welsh Government will take this board and fully adopt Professor Reid’s excellent report and ensure Wales becomes a nation where research and innovation thrives.