OLDER PEOPLE IN THE WORKFORCE 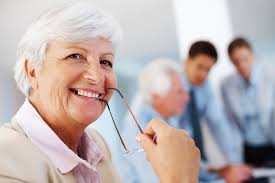 As a trustee of Prime Cymru - the only organisation in Wales dedicated to providing practical support to people aged 50 and over who want to become and remain economically active - I was naturally interested in the latest update of the “Golden Age Index” from the global accountancy company PWC.

Through an annual examination of a broad range of indicators relating to the participation of older people in employment and training, it analyses how economies within the OECD group of 37 countries are harnessing the power of their older workers.

Overall, there is good news in that the study shows that the OECD is increasing the engagement of older people in the workforce with countries such as Iceland, New Zealand, Israel, Estonia and Sweden leading the way as exemplars to other nations.

Indeed, it was estimated that if all OECD countries raises their employment rates of those aged over 55 to match those found in New Zealand, then the overall boost to OECD GDP could be as much as £2.6 trillion.

Unfortunately, the UK does not perform well in supporting older people in the workforce and is ranked only 21st amongst all OECD countries, a fall of one place from 2017. Yes, it is fair to say that its absolute performance has increased since 2003 due to increasing employment rate amongst 55-69 year olds but other nations have actually improved at a far faster rate and the UK remains below the OECD average.

And whilst New Zealand has an employment rate of 78.2 per cent for older workers, this is only 64.1 per cent for the UK. Indeed, if this gap was closed, the potential gain to the UK economy could be as much as £182 billion.

So what are other countries doing right that we aren’t?

If we look at the case of New Zealand, there are a number of reasons as to why they have a higher participation rate by older workers.

First of all, their benefits systems rewards and incentives those who continue to work beyond pensionable age, something which UK policymakers have yet to consider properly.

Secondly, the business community has developed a ‘culture of inclusion’ where the human resource practices of organisations encourage those to work later in life, boosting the employability of older workers. Unfortunately, the same cannot be said of many organisations in the UK.

Finally, flexible working patterns – especially availability for part-time work – has driven an increase in the number of older people working given that many may have caring responsibilities for spouses, grandchildren or other family members. In addition, greater support for wellbeing and the health of older workers by employers ensures they make a more productive contribution going forward.

On a more global basis, the report argues that perhaps one of the biggest future challenges for organisations in employing older workers is that of artificial intelligence, which is disrupting industries across the World.  On the positive side, this may boost economic growth, generate more labour demand and support longer working lives (e.g. through use of digital platforms that allow older workers to market their skills more widely).

On the other hand, automation could lead to substantial loss in employment for older workers. For example, it is estimated that up to 23 per cent of jobs currently held by older workers in the UK could be displaced by automation over the next decade with female older workers facing a higher risk mainly because of their higher employment in clerical jobs.

With figures showing that around 28 per cent of older workers have an education below A-level standards, the increased focused on skills in the newly automated workplace could leave them at a major disadvantage when it comes to new jobs, especially given that  younger workers tend to be more adept in adopting technologies. This may be exacerbated by the fact that older workers are currently less likely to receive training than younger employees.

Given this, employers will need to ensure that older workers are given access to more learning opportunities to broaden their skillset so that they can acquire additional digital skills in current careers. Organisations must also work more closely with educational partners to develop schemes to potentially retrain older workers for new careers later in life.

Therefore, the increased participation by older workers in the UK labour force can, if the right policies are put into place, result in a considerable boost to the economy> More importantly perhaps, it can also ensure that those who want to continue to work are supported to do so, thus adding considerably to their contribution to society over time.