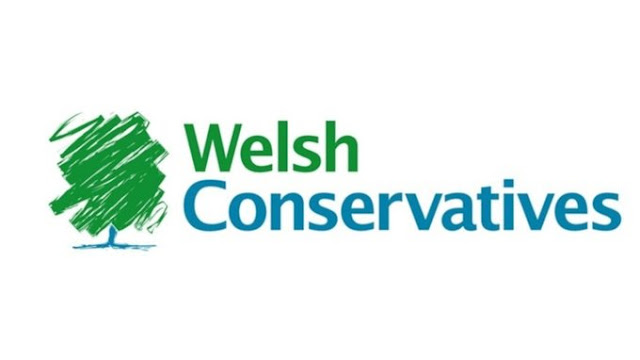 Over the next few months, the three main parties in the National Assembly for Wales will be holding contests to elect new leaders for their groups.

First up will be the Welsh Conservatives, who will be choosing between Paul Davies, the AM for Preseli Pembrokeshire, and Suzy Davies, regional AM for South Wales West with a decision due on the 6th of September.

Given that the Welsh Conservatives are the second largest party in the National Assembly and the official opposition, their new leader will be taking the lead in scrutinising the Welsh Government in how they are running the economy and supporting the business community.

So what are some of the highlights for business from each of candidates’ manifestos?

Not surprisingly, both are in favour of a low tax economy with Paul Davies suggesting that with additional powers being devolved there should be a debate to cut taxation in wales, arguing that this would increase efficiency in the Welsh economy, be more attractive to successful investors and job creators and generate greater revenue and more money to invest in public services. This is, of course, in keeping with the UK Conservative Government’s raising of the personal allowance which has taken thousands of the lowest paid  workers in Wales out of tax altogether.

More interesting is the proposal from Suzy Davies who, whilst championing lower taxes, believes that local authorities should be allowed to keep some of the business rates they collect in exchange for developing local economic development strategies, led by the private sector, which are more attuned to the needs of the local community.

Paul Davies also specifically points out to having greater intervention to support high street businesses in Wales, many of which have struggled following the Welsh Government’s business rates revaluation last year.  In particular, he believes there is  need to examine innovative ways to redesign the business rates regime so it is fairer to small businesses and thus halting the decline of the Welsh high street.

Whilst neither candidate suggests that the Welsh Development Agency should be resurrected, Suzy Davies does propose that the overseas model of chambers of trade - which are driven by the private sector and are more powerful than equivalent bodies here in the UK – could be adopted in Wales, especially if the private sector are not being fully engaged within the existing city and growth deals.

In fact, she suggests that if the city deals these do not work properly, then there may be a case for a separate industry led body to drive forward development and investment in Wales.

In terms of education, Paul Davies believes that having the confidence to take the plunge and set up your own business is key. As a result,  Wales must have an education system that instils that confidence and ensures more young people leave full time education with the skills most highly valued by employers.

Similarly, Suzy Davies believes that although “entrepreneurship” appears on the school curriculum in various guises, it tends to be about “ticking boxes” rather than  ensuring a mainstream philosophy about creativity and the application of ideas. She suggests that basic business skills should to be taught as part of every vocational “college” subject and that there should be  basic application/innovation questions in every science and maths class.

An interesting debate which Suzy Davies believes we have generally shied away from in Wales in recent years is how to involve the private sector in helping to shape the Welsh economy.

This is not only from what government should be doing through its own policy levers but how to get the business community to understand that they are part of a bigger picture with socio-economic consequences and that there’s a responsibility to participate - not just for “the greater good” but because there’s direct economic advantage for them. For example, business owners should help schools by being on the board of governors, giving work experience to children and even helping to design and deliver the curriculum.

Perhaps the most interesting difference between the two candidates’ approach to economic development is their overall political philosophy to the economy.

Whilst Paul Davies has pledged to pursue “an unashamedly pro-business agenda” to generate greater investment, encourage entrepreneurship and business start-ups, Suzy Davies has adopted a more nuanced approach by talking about rebalancing the state and private sector, giving private sector a real stake in the communities in which they develop and their employees an emotional stake in their employers’ activities.  She also proposes that women could, and should, play a greater role in leading businesses and organisations in Wales.

Therefore, there are some sensible ideas on how to develop the Welsh economy and I am sure not many business people will disagree with these different proposals that have been put forward by both candidates.

More important, though, is the fact that whoever wins will face the challenge, as leader of the opposition, of holding the Welsh Government to account for the Welsh economy going forward whilst, at the same time, developing their own distinct economic policy direction for the Welsh Conservatives. The individual who can do that best over the next few years should win this contest and I do not envy members in making such a choice between two excellent and highly regarded candidates.