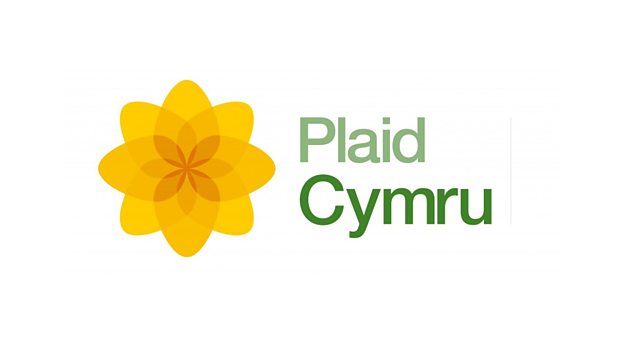 Following the recent elections for the leader of the Welsh Conservatives in the National Assembly, the next political party to have a leadership election is Plaid Cymru.

Given that it has already been in coalition with Labour between 2007 and 2011 and there is a high possibility, if there is no overall majority, that this may happen again, it is worth examining the economic policies of the three candidates as one of them could well be responsible for the Welsh economy after the next election.

Let’s start with the current leader, Leanne Wood, who has argued that the structure of the British economy - which she suggests is based on selling financial services of dubious actual value around the world, and on property bubbles in big cities. This stifles enterprise in a small rural economy like Wales that is rich in natural resources while dragging its young people to the south east to work in jobs that may be financially rewarding, but are often of limited social worth.

Under her continued leadership, Plaid Cymru would invest in infrastructure improvements where needed, including improved north to south connectivity in road and rail. Transport will be run on a not for profit basis and will roll out superfast broadband where the Welsh Government have failed.  She will also shift towards renewable energy production on an industrial scale to become a world leader in this field and lead a revolution in low impact, affordable and sustainable housing for all. Interestingly, she suggest this would be paid for by scrapping the plans for the M4 relief road which would put her on a collision course with a number of business organisations in Wales.

In terms of enterprise and small businesses, she would make premises and facilities more available to existing small businesses by shifting the burden of business rates away from small high street businesses onto the out of town retail giants who can afford to carry the weight, as well investing in living/working co-spaces that would enable business launches with much lower overhead costs.
Rhun ap Iorwerth - the only candidate from North Wales – has always argued that perhaps the most important measure of success of devolution would be the impact it had on the economy.

And in his role as Plaid Cymru’s Shadow Economy Minister in the last Assembly, he argued for a number of new approaches including the need for an infrastructure commission to lead multi-billion-pound investment in Welsh infrastructure; increasing the proportion of Welsh procurement spend kept within the Welsh economy to around 75 per cent of the total; establishing a new development agency looking outwards to new export markets for indigenous firms; and expanding business rate relief and the expansion of support for business through an ever more ambitious and far-reaching public Welsh Bank.

And his big idea is for Wales to focus on becoming a real innovator to emulate the sustained economic growth that have revived similar economies around the World. This encompasses a wide range of ideas from encouraging more research and development to seeking new export opportunities and being confident about where Wales fits best within international market.

It would effectively identify and specialise in key sectors, developing an energy strategy built on maximising the yield of the plentiful natural resources and seeking ways of adding value to it (including Wales-led lagoons programme).   Greater entrepreneurship would also be encouraged, especially in supporting greater use of co-operatives and social enterprise in providing social care in our communities and injecting new life into Welsh high streets.

The third candidate is the current assembly member for Carmarthen East and Dinefwr and given his background, it is not surprising that Adam price has developed a comprehensive ten point plan which focuses on addressing some of the classic problems of the Welsh economy including the productivity gap (low investment and low skills); the ownership gap (the relative absence of Welsh-owned firms and institutions); the infrastructure gap which is the result of years of under-investment and the age gap, namely the effects of the Brain Drain on Wales’ long-term prospects.

Having read it in detail, there are some exciting ideas contained within the document to deal with these challenges, including ensuring a proper Development Bank for Wales, establishing a National Infrastructure Company, and creating a National Innovation Agency modelled on the Finnish Tekes to drive R&D and innovation across all sectors of the economy and society.

But perhaps the one policy that stands out more than any other is the radical proposal to cut income tax levels to boost growth. By introducing a National Land Value Tax on residential, commercial and industrial land (agricultural land would be excluded), over £6bn could be generated which would enable a future Welsh Government to abolish business rates, council taxes and lower income tax, at the basic, higher and additional rates, by 10p.  This would not only provide a major economic boost to the Welsh economy through increased spending, it would make Wales an extremely attractive for young people seeking to return or relocate to work or start a business.  This, combined with ideas to reduce corporation tax to help Welsh businesses retain a greater proportion of their profits and driving up their levels of investment, could make Wales the 21st century equivalent of the Celtic Tiger.

Of course, none of these policies from any of the three candidates will see the light of the day unless Plaid Cymru increases its representation in the National Assembly for Wales at the next election to either form or become part of the next Welsh Government.

However, it is heartening that these various leadership elections are generating new ideas for the future of the Welsh economy and demonstrating that more can be done to make us a more prosperous and enterprising nation.