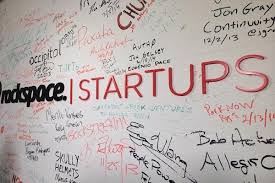 In its “Prosperity for All” national strategy published last year, the Welsh Government promised to focus business support schemes on building an entrepreneurial culture in Wales.

More importantly, it stated that it would establish targets for the numbers of school, college and university leavers starting companies, as well as targets for their sustainability and growth.
Whilst that has yet to be properly implemented, it is worth examining what has happened in terms of the creation of graduate businesses by the higher education sector in Wales.

Every year, universities have to report their various external activities via the Higher Education Business and Community Interaction Survey (HEBCIS).

More specifically, it provides a detailed picture of interactions between UK higher education providers and businesses and the wider community. Such interactions include spin-offs and start-up companies, intellectual property, consultancy, public engagement etc.

It also measures the number of graduate start-ups, which are defined as all new businesses started by recent graduates (within two years) and whilst there have been questions about whether universities are consistent in gathering this data and recording all of their entrepreneurial activity, it does nevertheless provide the best information available on the state of graduate entrepreneurship in Wales.

The last survey – covering 2016-17 – revealed that there were 241 graduate spinouts emerging from Welsh universities, equating to 5.8 per cent of the UK total and a decline on the 7.9 per cent recorded the previous year. But with over 60 institutions outside of Wales not submitting any graduate enterprise activity, the study is probably under-recording what is going on in non-Welsh institutions.

If we examine the data over a longer five-year period, 1436 graduate start-ups have emerged from Welsh higher education during 2012-17 with two thirds of these coming from three universities - Cardiff Metropolitan University University of Wales Trinity St David’s, and Cardiff University.
Given the Welsh Government intentions to increase entrepreneurial activity, it is worrying that there has been no growth in the annual number of graduate businesses created in Wales since 2012-13 with only three universities showing an increase over this period. In contrast, universities in England (22 per cent) and Scotland (21 per cent) have increased graduate start-up activity over this five year period. In fact, there has been a fall of 21 per cent in Wales between 2016 and 2017 in the numbers of graduate start-ups emerging from higher education.

So what can be done to stop this decline and ensure that the Welsh economy can maximise the opportunities that could be created from the entrepreneurial talents of its graduates?
Certainly, it is excellent news that a new £2.5 million grant funding scheme has been announced which will focus on accelerating student entrepreneurship over the next three years. However, it is also critical that there is a deeper understanding of how it is currently being supported by Welsh universities.

For example, is enterprise and entrepreneurship a strategic objective of the university and is there is top-down support for its development? Is there clear evidence that enterprise education is being integrated into curricula and the use of entrepreneurial pedagogies is advocated across all faculties? Is the long-term financing of staff costs and overheads for enterprise education and entrepreneurship support an agreed part of the university’s budget? Are there dedicated facilities for business incubation on campus or any support to gain access to external facilities such as Welsh ICE?

Of course, whilst it is important that each academic institution develops its own strategic approach to supporting enterprise and entrepreneurship internally, there is also support, in addition to grant funding, that the Welsh Government and other bodies can provide to universities to support greater levels of entrepreneurial activity from the student and graduate population.

This would enable entrepreneurship support in universities to be closely integrated into external business support partnerships and networks in Wales.

There have also been discussions on whether the higher education sector in Wales should be set a nominal target of having one per cent of the student population starting a business. That would mean creating an additional thousand graduate businesses every year which would help focus the minds of both academics and policymakers.

Therefore, if promoting enterprise and entrepreneurship in our universities is to be an important part of the Welsh Government’s agenda and central to the development of its economic strategy, then more must be done not only to address the recent decline in the number of graduate businesses emerging from our higher education institutions but also to ensure that they grow substantially over the next few years.