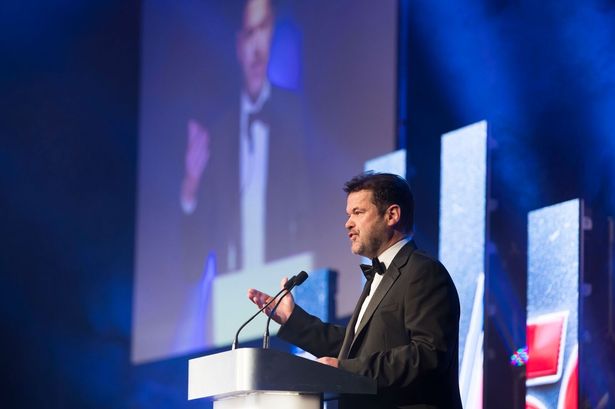 Twenty years ago, I had this crazy idea of putting together a project that would identify and celebrate the fastest growing businesses in Wales at a time when the focus by politicians was firmly on attracting large inward investors into the Welsh economy.

And so the Wales Fast Growth 50 was launched in 1999 and a small awards lunch put together for the firms at Jury’s Hotel in Cardiff with Rhodri Morgan - the then economic development minister - attending.

Fast forward to 2018 and last Wednesday, the 20th list of the fastest growing firms in Wales was published following a glittering awards dinner with over 900 guests at Cardiff Motorpoint Arena.
In fact, since the project was established in 1999, the 602 firms that have appeared on the twenty lists are estimated to have created 40,000 jobs and generate an estimated £20 billion into the Welsh economy, much of which is spent in their local area. Indeed, eleven previous and current fast growth 50 firms - including North Wales firms Watkin Jones PLC and GAP Personnel -  were responsible for over £4.4 billion of turnover last year.

Every year, the list identifies some incredible businesses that are making a significant difference to their sectors, markets and communities and this year is no exception. So what about the fifty firms which are the fastest growing firms in Wales in 2018?

This year’s list had a collective turnover of £735 million in 2017 and employed over 3,300 people. More importantly, they generated an additional £484 million in turnover during the period 2015-2017 at an average growth rate of 193 per cent and for the first time, all fifty firms on the list had grown by at least 100 per cent over that period with three businesses expanding their sales by over 1000 per cent. Whilst the median size of the fifty firms was £5.1 million, nine had a turnover of more than £15 million.

As would be expected, they are significant contributors to employment and these fifty businesses also created 1,600 new jobs in just two years, demonstrating their continuing importance across the Welsh economy.

The largest sector this year is construction and building services, demonstrating that there is considerable activity in the sector across Wales in both the commercial and housing markets.

Business to business services is again prominent with nine firms followed by eight retail businesses and seven knowledge-based and creative firms. There are also five manufacturing and engineering firms on this year’s list which again suggests that the sector continues to defy expectations and create high growth firms.

Only eight companies have more than 25 per cent of their turnover generated from international markets and given the imminent departure from the European union next March, the Welsh and UK Governments need to do more to ensure that our fastest growing firms are able to export both goods and services to international markets.

In terms of location, fast growing firms were to be found in fifteen Welsh counties with Cardiff being the main growth hotspot in Wales with nineteen firms being based in the capital city, an increase on 2017.  In fact, the Cardiff Capital region has more than two thirds of all firms on this year’s list. Other hotspots include Swansea (five firms), and Newport (three firms) with North Wales having six businesses including Tir Prince, Macbryde Homes, Zaviz International, Stands Out, Net World Sports and CHC Waste Facilities Management

Finally, congratulations to ALS Managed Services from Caerphilly in the South Wales Valleys for achieving an incredible growth rate of 4238 per cent on the way to a turnover of nearly £11 million in 2017. Having recently received investment from the Development Bank of Wales, they will certainly be a company to follow closely over the next few years and I wish them, and all of this year’s Fast Growth 50, every success for the future.