MENTAL HEALTH IN THE WORKPLACE 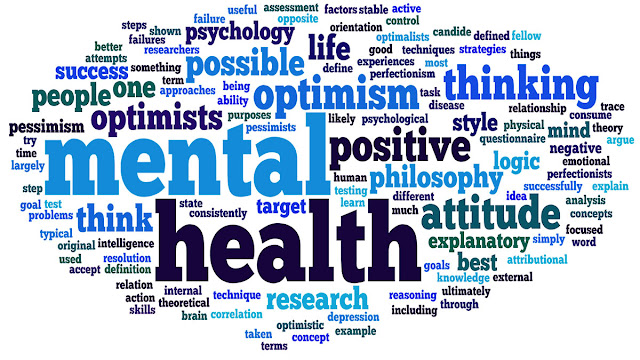 A few years ago, mental health was not seen as an important issue within many workplaces across the UK. Fortunately, this issue has changed and it is now seen as not only a key concern personally for a growing number of employees but as a major influencer on productivity within the UK economy. For example, recent studies have shown that mental health issues results in 91 million working days lost in the UK every year which is equivalent to nearly £100 billion.

For example, a report published by the medical technology company Mynerva which suggested that around 7.5 million workers in the UK are suffering from some sort of mental health issue and, worst still, 44 per cent have not informed their employer as they feel it may damage their job prospects. Another study – the Stress Epidemic – showed that found that over two thirds of UK workers experienced high to moderate stress levels with 42 per cent of regularly losing sleep because of workplace stress.

In fact, this survey of over 4,000 people across the UK found that 82 per cent of respondents were affected by the cost of living, 67 per cent by job security and 65 per cent by the state of the economy. More worryingly, these financial concerns have resulted in three-fifths of respondents suffering a range of mental health symptoms such as loss of sleep, fatigue, stress and a lack of concentration.
In examining the state of mental health of Welsh workers,  the study threw up a number of interesting findings. For example, 27 per cent of Welsh respondents were more likely to report that their mental health negatively affects their financial situation, compared to 21% per cent in the rest of the UK, with 30 per cent of Welsh respondents saying that they are struggling to make ends meet compared with 24 per cent across the UK.

In addition, respondents in Wales were twice more likely to talk to their manager about general mental health issues than financial issues although 42 per cent of line managers in Wales (as compared to the UK average of 29 per cent) reported that their own lack of training is a barrier to providing support on mental wellbeing for staff. Indeed, two thirds had received no training at all in this areas

So what can employers do to deal with this growing problem?

The report suggests that organisations should financial wellbeing should be integrated into organisational health and wellbeing policies. In addition, there should be more explicit advice on what is available  - pay advances, hardship loans, time off to sort financial issues, travel loans, access to EAP, money counselling or other support services – to employees with financial issues.
In addition, wellbeing training of line managers should include financial awareness especially in terms of information about what solutions are available as part of the overall employee benefits package.

Employers could also offer a range of other interventions including financial education to improve employee financial understanding increase the use of existing benefits; offering salary-deducted lower cost loans to help employees; introducing salary deducted savings in order to create a financial buffer; and signposting to organisations that offer free help and guidance such as the Money Advice Service.
Therefore, this timely research by Business in the Community shows that not only is there a clear two-way relationship between financial wellbeing and mental health but there is more that employers can do to support their employees on these issues through fair pay, flexible working, training and progression, appropriate job design and a decent work-life balance.