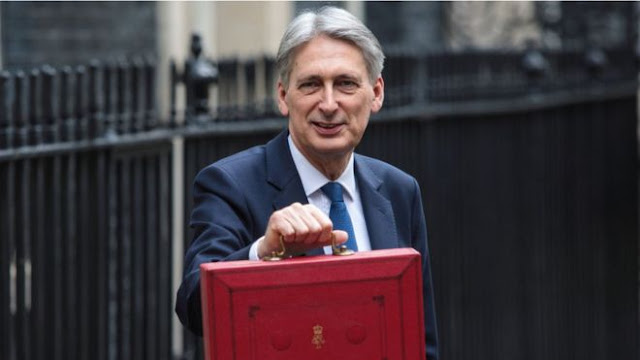 On Monday, the Chancellor of the Exchequer delivered his third budget to the House of Commons and whilst it was focused very much on showing that austerity was coming to an end through increases in public spending, it was also one which firmly had an eye on improving the economic performance of UK businesses.

So what were some of the highlights from the 2018 budget that Welsh firms can look on positively as we approach our exit from the European Union?

The first was the confirmation that a reduction in corporation tax to 17 per cent in April 2020 would now take place. Not only is this now likely to see more sole traders incorporating but corporation tax and how it can be varied once we leave the European Union – will probably become the weapon of economic choice by the UK Government if not all goes to plan with a Brexit deal.

The Welsh economy has one of the highest dependency on manufacturing of any part of the UK and therefore the plans to increase the Annual Investment Allowance (i.e. the tax-free amount that businesses can spend on building and machinery) from £200,000 to £1m for two years from the beginning of next year will be welcome. Again, this seems to be geared towards encouraging those firms that are sitting on positive balance sheets to take make positive investment decisions despite Brexit uncertainties.

For both potential and existing entrepreneurs, there were some positive changes across the spectrum.

First of all, the government will continue the New Enterprise Allowance – which provides support and mentoring for benefit claimants who are looking to start or develop their business. This initiative has already helped more than 100,000 unemployed people start firms and has been an important part of the enterprise strategy developed by the UK Government. Secondly, whilst there was call to scrap the so-called Entrepreneur’s Relief – where entrepreneurs pay a lower rate of tax at 10 per cent instead of the standard 20 per cent on capital gains when they sell or give away all or part of their company – this has been maintained although the qualifying period has been extended from 12 months to two years and is designed to encourage longer-term investment in new ventures.

Finally, with cities such as Cardiff, Swansea and Newport becoming home to a growing digital cluster, many of the new firms based here will be relieved that the long overdue tax on digital services will only affect global businesses with an annual turnover of £500m.

Another interesting aspect of this year’s budget is that some elements of fiscal responsibility are now devolved to Wales. This means that whilst certain areas of spending for England will have been announced by the Chancellor and the Welsh Government will get the so-called Barnetised proportion of the funding allocated, it does not have to spend this funding – estimated to be £550 million – on the same priorities.

However, with Philip Hammond announcing that he will cut business rates by a third for all retailers in England with a rateable value of £51,000 or less (which is estimated will save up to £8,000 a year for up to 90 per cent of all independent shops, pubs, restaurants and cafes), the Welsh Government will be under significant pressure to at least match this pledge to support high streets across the nation.

Similarly, many of the reforms and funding for apprenticeships will not necessarily apply in Wales and with skills being one of the key areas which businesses are crying out for, there will need to be comprehensive strategy to support key industries in the future, especially in terms of attracting and retaining talent in competition with other parts of the UK.

In terms of access to finance, the UK Government has pledge that in the event where it cannot have an agreement with the European Investment Bank going forward, it will provide the British Business Bank with up to £200 million of additional investment in UK venture capital and growth finance in 2019-20.

Given that Wales has received no direct support from the Business Bank for such funding, it is critical that Welsh Ministers lobby the Treasury immediately for at least £10 million of this extra support to go to fund Welsh business directly, preferably through the Development Bank of Wales.

Overall, most entrepreneurs would say that this has been a positive budget overall although we may be back again in the spring with a quite different set of recommendations if the UK Government and European Union fail to make a deal before March 2019.

However, what the Chancellor’s statement has shown more than anything else is that whilst the majority of fiscal powers remain with the UK Government, Welsh Ministers now have the choice to take a different direction in the future. Whether that different direction will place Welsh firms at an advantage or disadvantage relative to those businesses in England, Scotland and Northern Ireland remains to be seen.