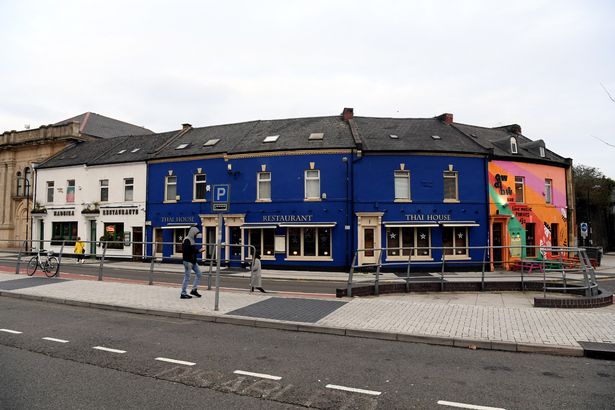 Earlier this week, millions of people across the UK poured into towns and cities for the Boxing Day sales although they probably would have paid little attention to their surroundings.
Indeed, few would have realised that a significant proportion of the high streets up and down the country have now nearly completed their decade long transformation into clone towns containing the same chain shops, cafes and restaurants.

As a result, we have seen a gradual decline in the numbers of independent traders resulting in the loss of any character in many town and city centres although some are, thankfully, fighting back.
At the same time, there is concern that in the absence of any civic protection, historic buildings in towns and cities which currently house those remaining independent businesses are not only under threat from developers but are being replaced with soulless blocks of accommodation either for private rent or, increasingly, for students who want to live in the centre of towns and cities.

Three years ago in his book “Living In Wonderland: Urban Development and Placemaking Writing”, one of the UK’s leading experts on urban planning prophesised that towns and cities across the nation were on “a collision course with mediocrity”. David Twohig, head of design and placemaking at the Battersea Power Station Development Company, suggested that millions of Britons would face the prospect of a life in “nondescript developments” which would lead to “bland, homogenous metropolises” identical to others being developed across the World.

To those of us living and working in the capital city of Wales, perhaps the best example of these two trends becoming real is the recent announcement that the landlords of Guildford Crescent at the bottom of Churchill Way (and a stone’s throw from the main shopping centre of Queen St) have served notice on three businesses based in one of the few original streets left in Cardiff.

These are the Thai House, an independent family run business running for over three decades and the oldest Thai restaurant in the UK outside of London; the Madeira Restaurante, a family run independent restaurant that has been serving Portuguese food for 20 years; and the Gwdihŵ Café Bar, seen as one of the cornerstones of the thriving music scene in Cardiff.

One could be forgiven for thinking, given the pressures on high street businesses, that the decision to close these firms is down to a failure of their business model.

However, nothing could be further from the truth and is instead due to a decision by the landlords - the Rapport family - not to renew the lease on the properties where these three thriving independent family firms operate. Once this done, they then want to demolish the buildings to allegedly make way for more student accommodation, which is probably the last thing the city needs at a time when students numbers are actually falling.

So far, nearly 20,000 people have signed a petition which asks the landlords to reconsider their decision and grant new leases to all three businesses, saving over seventy jobs. In addition, Cardiff Council has been considering making the street a conservation area and thus protecting it from development and demolition. Unfortunately, it has yet to do so and time is running for this to be formally adopt before the order to bring in the bulldozers comes through.

Of course, that would not stop the landlords from carrying out their intentions to throw the three businesses out of their buildings although one would hope that, even at this late stage, the Rapport family – who have been an important part of Cardiff civic life for 120 years – will continue to have a sense of duty to the city that has made them their fortunes and will instead play a direct role in the success of their tenants’ business (and that of the city centre of Cardiff) by helping them to continue to thrive.

It is also a critical test for Cardiff Council in not only protecting historical parts of the city but in ensuring that if it is serious about making the city a hub for creative and cultural industries, unique venues such as Gwdihŵ are not discarded so easily, especially for new buildings that no-one really wants or needs. In fact, it (and other councils) should join the call by Jo Stevens, the MP for Cardiff Central, for the UK Government to look carefully at how it can protect cultural assets against those who are proposing developments where there seems little demand.

Certainly, if Cardiff - or any other city across the UK - is to grow and develop then it must not only embrace future opportunities but, more importantly, its own past and do everything in its power to support those independent businesses that have created its culture, identity and success over the years.