RECORD EMPLOYMENT IN THE UK 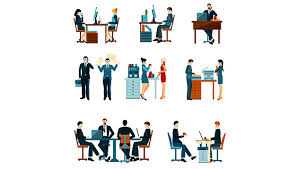 One of the real successes in terms of the recovery of the UK economy since the 2008 recession has been the growth in employment.

And as the labour force survey released this week by the Office for National Statistics for Sept-Nov 2018 showed, there are currently a record 32.53 million people in employment in the UK (or 75.8 per cent of the workforce), with an additional 328,000 more individuals in work than a year earlier. This is now the highest since records began in 1971.

The proportion of women in work has reached amongst the highest levels ever at 71.3 per cent of the female workforce although some economists suggest that this is not because of positive life choices but is due to fewer women retiring between the ages of 60 and 65 following changes to the state pension age for women.

Whilst we have seen an increase interest in self-employment during the last decade, this seems to be slowing down if we compare the data for employees and self-employed people with those for a year earlier.

Whilst the number of employees increased by 292,000 to 27.5 million, the number of self-employed people went up by 81,000 to 4.85 million (or 14.9 per cent of people in work). Whether this is part of a trend for those who were working at the edges of entrepreneurship and are now moving back into roles as employees remains to be seen but it may have implications for the longer-term success of the UK economy.

If we examine average weekly earnings – which measures money paid per week, per job to employees in return for work done, before tax and other deductions from pay – the latest data shows that average regular pay (excluding bonuses) for employees in Britain was £494 per week, up from £478 per week for a year earlier (or an increase of 3.3 per cent).

In addition, the unemployment rate for 16-24-year-olds was 11.7 per cent, which is lower than for a year earlier (12.2 per cent) and whilst this is still higher than for the rest of the population, this is a considerable reduction on the highest youth unemployment rate of 22.5 per cent recorded in late 2011
Another positive indicator is the number of vacancies available i.e. positions for which employers are actively seeking to recruit outside their business or organisation. Currently, there are 853,000 job vacancies available, 39,000 more than for a year earlier.

So, what we see in the UK economy is a buoyant labour force, with wages finally increasing, unemployment decreasing (especially amongst young people and women) and higher levels of vacancies. Whether this overall positive situation will be affected at all by the forthcoming exit from Europe this year is anyone’s guess but the fact that we do have this strong position with records numbers in employment may help our future economic fortunes.