ENSURING A FAIR DEAL ON R&D FOR THE WELSH ECONOMY 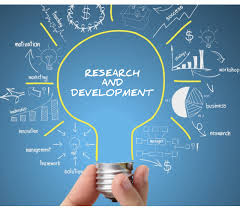 With the UK moving towards an unsatisfactory agreement on Brexit, many are wondering what is the future for the UK economy after we leave the European Union.

With much of the UK Government’s attention being focused towards negotiations with Europe, there is concern that there is very little being done to prepare the economic future of this nation.
Given this, it was perhaps surprising to see a recent publication which highlighted an increased commitment to investment in research and innovation in the UK.

The so-called “Allocations Booklet” sets out the Government’s commitment to reaching the target of 2.4 per cent of GDP investment in research and development (R&D) by 2027.

To move towards achieving this target, additional investment of £7 billion in R&D has been announced between 2017 and 2022, which raises public investment in R&D to £12.5 billion per annum by 2022 and is, according to the UK Government, the biggest ever increase in public funding of R&D.

Part of this additional funding will be met from the National Productivity Investment Fund (NPIF) which includes money to enhance the UK’s position as a world leader in science and innovation and drive productivity and growth.

As this is a UK administered fund and not devolved, the question for Wales is whether we will benefit directly from this additional money being made available for improving research and innovation?
Our minimum target - assuming Wales should get 5 per cent of any central government funding pot according to the Barnett formula -  should result in around £625 million of research and innovation funding being allocated within our economy in 2022.

Many think this is highly unlikely despite the best efforts of the Welsh Government and our academic institutions unless there is a major step change in the ability of our researchers to capture higher levels of research grants and to influence the agenda on which innovation priorities the UK Government should be focusing on.

Take, for example, the fact that a significant proportion of the funding from the NPIF is focused on specific mission-oriented funding which aims to build on the UK’s competitive advantage in key areas of research and business sectors through so-called Industrial Strategy Grand Challenges.

One of the more recent funding rounds for these challenges allocated £68 million to support research and innovation in robotics and artificial intelligence systems with the aim of developing robotic solutions to make a safer working environment in industries such as off-shore energy, nuclear energy, space and deep mining, increasing productivity and opening up new cross disciplinary opportunities.

This included £45 million for four research hubs at UK higher education (supported by an additional £52 million from commercial and international partners), none of which involved Welsh universities.
Of course, some will argue this is just one isolated example and that if the expertise is not available within Welsh universities, then they shouldn’t be funded. However, as various research studies have shown, higher education in Wales has consistently received less funding for research than other parts of the UK, most notably Scotland.

And the concern is that many of these challenges drawn by the UK Government will not necessarily reflect either the research strengths of researchers here in Wales or the priorities of the Welsh Government in developing their own economic approach to stimulating innovation within the economy.

Indeed, it has been suggested that Wales’ voice is probably not being heard at the highest levels of decision making on research and innovation in the UK.

Certainly, we must ensure that the new streams of additional research funding from the UK Government does not widen the gap between Welsh research and the rest of the UK. More importantly, we must not bury our heads in the sand over this issue and hope that we will succeed without a significant effort in influencing decisions on research priorities at a UK level, which may mean increased lobbying by both the Welsh Government and the Wales Office to ensure that we are ina the position to take full advantage of these opportunities.