THE FUTURE OF SKILLS AND LIFELONG LEARNING 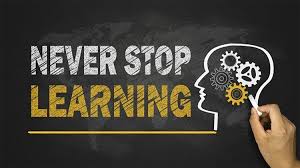 As we enter the final phases of negotiation for exiting Europe, it is critical that the UK puts itself in the strongest competitive position possible to make the best of any opportunity that may arise for the economy as we look to develop new trading partnerships globally.

One of the greatest concerns of businesses remains the availability and development of skills, especially in a fast-changing global environment and a study from the UK Government suggests that addressing this is not going to be easy going forward.

The report “Future of Skills & Lifelong Learning” demonstrates unequivocally that there needs to be some dramatic improvements across the whole spectrum from not only in raising the level of qualifications across the population but in using those qualifications effectively within the workplace.
One of the key issues raised is the fact that not only do young adults have poor literacy and numeracy but that the UK is falling further behind international competitors. Indeed, literacy for 16-19 year olds in the UK is ahead of only Chile and Turkey among a group of twenty four OECD countries.

Given this, it is not surprising that many employers are of the view that new entrants to the labour market are not properly prepared for the workforce although this is not only about literacy and numeracy skills but also ensuring that that they have the right qualifications and relevant training as well as softer skills such as positive attitudes towards work.

This can be improved if employers themselves actually work more closely with educational providers to ensure that those leaving full time education have the skills needed within industry.
In particular, there is a growing appreciation by both colleges and universities that work placements and other similar experiences can help many students to gain the vital non-academic skills that employers are demanding. Yet many businesses simply are not engaging on this agenda with only a third of employers offer these opportunities and these are mainly located in the South East of England.

Another key issue highlighted by the report is the relatively large mismatch between the demand for and supply of skills to businesses. This can result in two major problems namely skills shortages (when demand exceeds supply) and underutilisation (when the skills supplied by the workforce exceed the skills in demand by employers).

Of course, skill shortages will always happen across any economy and will vary by sector and occupation but the challenge is to ensure they are managed efficiently so not as to unduly affect organisational productivity. This can be improved if there is more accurate labour market information so that students can be directed towards those courses that match the skills needs of employers now and in the future.

Research also shows skills underutilisation is higher in the UK than for other EU countries – over 50 per cent of adult employees in the UK reported that they have higher skills than required to perform their current job, the second highest after Austria.

This can result in lower pay and poor job satisfaction for employees which, in turn, can lead to lower productivity and quality of work in employers. Indeed, it has bene estimated that a full utilisation of skills in the UK could boost productivity by as much as 3 per cent of the labour share of GDP (equivalent to £25bn).

A major concern for some parts of the UK is that they are currently in a state of “low skills equilibrium”. This occurs when the availability of low-skilled jobs is matched by a low-skilled workforce, such that students have limited incentives to gain higher skills (or to remain in that place if they have them) and employers adapt to but are constrained by the skills supply. This can only be changed if supply and demand for skills are addressed together i.e. if only the supply of skills improves, not the demand, it will create surplus and underutilisation or prompt migration to where those skills are in demand.

Many parts of Wales have been identified as having this problem which can lead to low
productivity, low wages and low employment especially in sectors which are vulnerable to either competition or automation.  To deal with this, it’s been proposed that there should be closer partnerships between employers and training providers to avoid the mismatches between supply and demand, a challenge which still needs to be overcome across the poorer parts of the Welsh economy.

Finally, there is the issue of adult learning, which seems to be off the radar for not only the UK and Welsh Governments but also employers and educational providers. Given this, it is not surprising that research shows that not only is adult learning in decline but participation by poorer and lower skilled individuals is also falling despite the fact that they benefit the most from this type of training.

Of course, employers – especially smaller businesses – will cite cost and time as the main obstacles to participation although those in poorer less qualified communities also need to overcome attitudinal barriers including lack of confidence, lack of interest and feeling too old to learn, something which all stakeholders can help to address.

Indeed, there is a strong case, currently ignored by policymakers, for investing greater resources in lifelong learning especially given that an increasing proportion of older age groups have traditionally had a lower uptake of learning earlier in life.

Therefore, there remain considerable challenges for the UK in addressing some of the gaps that exists in developing skills and learning for employment. More importantly, these challenges are not only about improving productivity across the economy but, through lifelong learning, enabling individuals to create a better future for themselves going forward and improving social inclusion and mobility, especially within the less prosperous parts of the nation.