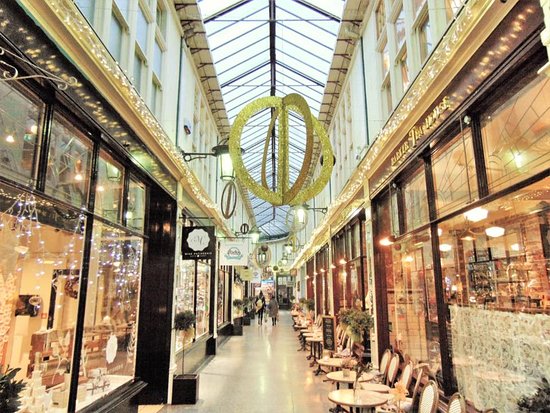 Since I began writing for both the Daily Post and the Western Mail as a business columnist, one of the themes I have constantly returned to over the years is that of buying locally.

Back in 2002, I referred to various initiatives in the United States of America which had encouraged organisations to support their local communities through buying local produce, with ten US states passing laws requiring that schools, prisons, and other state institutions buy a percentage of food from local farmers.
Since then, I have written various pieces which have implored the Welsh Government to ensure that they do everything possible to use public procurement as an economic development tool by ensuring a greater percentage of their annual spend is with local Welsh firms.

For example, in 2004 I wrote that that public sector in Wales spent approximately £3 billion on services, although very few small firms seem to be able to access this. At the time, I argued that if we could improve the process whereby local firms could be supported in accessing public sector contracts, the impact would dwarf the effect of the £60 million in grants then awarded by the Assembly Government annually.

More importantly, I suggested that the Welsh Government could take  the lead and encourage other public bodies to address this issue and develop creative ways of ensuring that Welsh firms can get a larger share of contracts.

Since then, the actual value of public sector purchasing has now doubled to £6 billion, although the real question is whether every single public body in Wales now looks to local suppliers first in delivering goods and services?

Currently, the Welsh Government claims that 55 per cent of its spend is within Wales, but how much of this is actually with small local firms? Probably not as much as we think given that a report from the Federation of Small Businesses estimated that only 23 per cent of small firms had sales to public sector customers in 2017, a decrease of two percentage points from 2014.

There is also growing concern amongst the small business community that the Welsh National Procurement Service – which is a new approach to collaborative public procurement in Wales - is not doing enough to help local firms access its procurement frameworks. Perhaps one way of ensuring this policy works is to have every public body in Wales publish the amount they spend with small firms every year as it would help focus purchasing decisions in the future.

Of course it is not only a duty for the public sector to ensure greater spend with local Welsh businesses but also for each and every one of us as a consumer to think of how we spend our money and the impact it has on all the enterprises that make up our town and village communities in Wales.

As consumers, how many of us these days will use the internet to buy flowers from a national website rather than phoning up the local florist or travel to major towns to do our shopping when, in many cases, local stores can provide for your requirements?

How many of us will just automatically use Amazon without considering whether the price may be less when buying in the local high street. In fact, few of us bother checking the price of goods in supermarkets and comparing them to see if our local shops are actually cheaper. As we all know many high streets being under threat from online shopping and increased business rates and yet by just changing personal buying patterns by a few per cent, tens of millions of pounds could be generated into local communities across Wales with very little effect on the consumer.

And apart from price, there are also many plus factors in dealing with local small firms such as easier access, better service and after sales support, as well as the indirect effect of supporting local jobs and businesses. Indeed, a recent study suggested that local retailers return up to 68 percent of their revenue to the local economy in the form of locally purchased wages, goods, services, profits and donations whereas larger businesses spend only 43 percent locally.

Given this, perhaps it’s time to resurrect the ‘Think Local, Buy Local, Act Local’ campaign that was prominent over a decade ago and ensure that all of us, through our purchasing power, support small firms in our local areas as much as we can.