WOMEN IN THE WORKPLACE 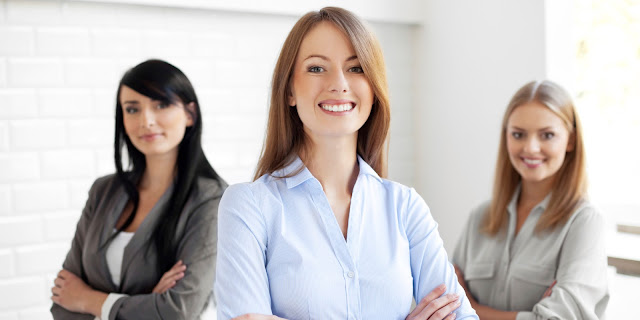 Last month, the Women and Work All Party Parliamentary Group (consisting of members from the House of Commons and House of Lords) published a new guide ‘How to Recruit Women for the 21st Century’ to challenge employers and policy makers to address the persistent obstacles that women face when entering, progressing in, and returning to the workplace.

Yet again, it showed that closing the gender gap remains a major issue across all major economies globally and one that is holding back the vast potential of women, especially within the corporate world.

Interestingly, the best example of how much more needs to be done to address gender inequalities can be found in a recent examination of this problem within the World’s largest economy, the USA.
Last year, a report from the management consultants McKinsey – which undertook a survey of over 64,000 employees across 279 major employers - showed that whilst businesses are committed to gender diversity, that commitment has simply not converted into real action.

So what did the latest “Women in the Workplace” study show us?

Not unexpectedly, women remain under-represented at all levels within companies especially at the most senior levels with only one in five women at senior executive level. Unfortunately, the situation has not improved over the years and most of this problem is down to hiring and promotion. These are the two biggest drivers of representation within any organisation and it is important that companies get this right from day one.

Yet, it would seem that women are still disadvantaged not only when they are taken on by the business but when they try to advance their careers.

For example, the study shows that whilst there are more women graduates, they are less likely to be hired into graduate entry level jobs. In addition, when there is an opportunity to be promoted to a management position, only 79 women get this opportunity for every 100 men.

As a result, two thirds of management positions are held by men and given this, it is of little surprise that women, as they go up the career ladder, get fewer of the top jobs in business.

Sexual harassment continues to pervade the workplace with thirty-five percent of women in corporate America experiencing this at some point in their careers despite ninety-eight percent of companies having policies that make it clear sexual harassment is not tolerated.

There is also increasing evidence of everyday discrimination, especially with women having to provide more evidence of their competence than men and have their judgment questioned in their area of expertise. They are also twice as likely as men to have been mistaken for someone in a more junior position.

But perhaps one of the most prevalent phenomena that very few companies are dealing with is the “only’ experience with 20 per cent of women saying they are often the only woman (or one of the only women) “in the room” at work. This is twice as common for those women in senior management positions.

And this is a particularly difficult phenomenon to deal with this with women reporting that they are more likely to have their abilities challenged, to be subjected to unprofessional and demeaning remarks, and to feel like they cannot talk about their personal lives at work. They are also heavily scrutinised and held to higher performance standards.

As a result, women “onlys” are less likely to think that the best opportunities go to the most deserving employees, promotions are fair and objective, and ideas are judged by their quality rather than who raised them.

In contrast, only seven per cent of men say they are often the only or one of the only men in the room.

Given these findings, the McKinsey study comes up with a number recommendations as to what can be done to address the continuous inequality between men and women in the workplace and which are as relevant to businesses in the UK as to their counterparts across the pond.

The first is to get the basics right by setting goals, tracking and reporting on progress on gender diversity, something all businesses can do fairly easily. This can be followed up ensuring that recruitment and promotion policies ensure fair practice, especially by using tools to reduce bias not only when people join a company but when they are looking to be promoted.

Senior leaders and managers need to be seen to be driving change in this area and to be champions of diversity across the organisation, signalling what’s important to improve the situation, especially in fostering an environment where all employees feel included, respected and safe.

To deal with the ‘only’ experience which leads to women feeling isolated and under pressure as a result, companies need to look for opportunities to staff groups of women in a variety of functions across the organisation.

Finally, and most importantly, companies need to find more ways to help employees balance work and family so as to increase the representation of women at all levels. In many cases, this needs to go beyond just what is needed by law and the best managed organisations will look to develop solutions that help those employees that have parental and care responsibilities.

By closing the gender gap that exists within organisations and reducing bias, this will ensure that organisations at a time of increasing global competition recruit and promote the best talent available. That will not only be good news for the individuals concerned and the businesses they work in but, more importantly, for the economy as a whole.