THE FUTURE OF MANUFACTURING IN THE UK 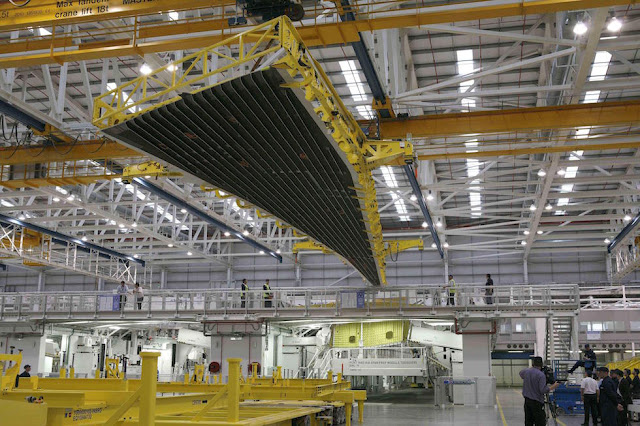 It is fair to say that in recent years, manufacturing in the UK has enjoyed a renaissance that few would have envisaged a decade ago.

In overall economic terms, it accounts for 11 per cent of GVA and directly employs over 2.6 million people. Many of the jobs are highly skilled and the sector is responsible for 70 per cent o¬¬f all business R&D and 44 per cent of total UK exports.

It has grown faster (37 per cent) than the UK economy as a whole (30 per cent) over the period 2009-2017 including the services sector. In fact, it has accounted for 11.9 per cent of all economic growth since the recession as compared to 0.1 per cent for financial and insurance activities.

In Wales, the impact is even more pronounced with manufacturing posting a growth of 52 per cent since 2009 as compared to 30 per cent for the overall Welsh economy. More relevantly, it accounted for a quarter of all Welsh economic growth between 2009 and 2017 and its share of the economy has grown from 14.8 per cent to 17.3 per cent over this period.

But despite this turnaround, there have been concerns about the future of the industry here in the UK, especially after a range of negative announcements in the automotive manufacturing sector from the likes of JLR, Honda and Ford. Other major manufacturers such as Airbus have also indicated that in the event of a hard Brexit, there could be issues in continuing their investment in the UK.

The challenges faced by the UK manufacturing industry are the key focus of the 2019 Annual Manufacturing Report that was recently produced by “The Manufacturer magazine” in partnership with the accountants PWC and which involved a survey of a range of businesses operating in the sector.

The first issue raised in the study is that of the impact of technology on the manufacturing sector. Three quarters of respondents agreed that they needed to adopt digital technologies to transform their operations and enable them to operate in a more effective and efficient way, thus increasing profitability and growth.

In terms of how the technologies would be used within the business, the most popular responses were in improving design and production processes or streamlining internal company processes. However, almost half also saw digital technologies as being important in not only communicating better with their supply chain and in delivering a better customer purchasing experience.

Despite having a clear appreciation of the benefits of digital technologies, there remain significant challenges in actually adopting these technologies within the business with half of all manufacturers either unsure on actual implementation or having no plans at all for adoption in the future.

The main reason for this is an inability to understand the practical applications which these technologies offer to the businesses. This suggests that there is an educational role required either by Government or trade bodies to ensure that all manufacturing firms fully appreciate the difference that digitisation can make to their operations.

Finally, and perhaps most importantly, is the issue of skills within manufacturing firms as there has been much written about the danger of automation and how robots will be stealing jobs from human workers in the future.Fortunately, that does not seem to be an issue for many of the firms in this study. Whilst the vast majority agree that there may be a few jobs lost, this will be not on the scale that some have predicted and, more relevantly, increased digitisation will allow greater productivity and reduced costs within the businesses.

In addition, over 90 per cent of manufacturers noted that when working alongside machines rather than just operating them, their staff become more engaged in the process.
Therefore, this study suggests that there are real opportunities for UK manufacturers to capitalise on new technologies to make their businesses even more efficient and effective in an increasingly competitive global environment.

For Wales, which is even more reliant on manufacturing for its prosperity, there must be a more serious consideration by both the Welsh and UK Governments on how they can help to ensure that the sector continues to prosper, especially in a post-Brexit world.

This can be done in various ways e.g. the Treasury could ensure that there are enhanced capital allowances for manufacturers to invest in digital technologies going forward whilst the Welsh Government could focus some of its skills programmes on the enhanced training needed to meet the increased digital requirements of manufacturing firms.

Whatever is done, it is clear that manufacturing remains a vital part of both the UK and Welsh economies and must be supported in the future if we are to have a high skill export-oriented approach to creating a more prosperous nation.