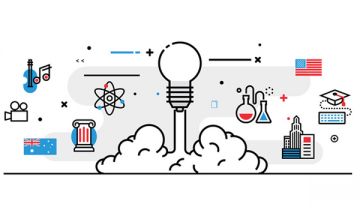 It is generally accepted by economists around the world that research and development (R&D) is the foundation to the development of innovative and competitive economies.

Given this, it is not surprising that one of the principles of the Welsh Government’s current “Prosperity for All” strategy is to support businesses to innovate, introduce new products and services and succeed.

To achieve this, it is clear that businesses need to be encouraged to invest more in R&D as this will lead to better products and services that markets will consume.

One of the key indicators for assessing the innovation that takes place within the UK is the measure of research and development spending by the private sector, otherwise known as BERD.
The latest statistics show us that BERD for the whole of the UK in 2017 was £23.7 billion with the three most prosperous regions – London, South East of England and the East of England – accounting for 52 per cent of this expenditure.

This is only 0.1 per cent higher than it was in 1999 despite hundreds of millions of pounds of European money being allocated to support innovation over the last 20 years. It also demonstrates that despite a strong push for innovation through the development of key strategies such as Science Wales (2012) and Innovation Wales (2014), much remains to be done to transform the competitiveness of the Welsh economy.

In fact, if we examine the main target for R&D spending that is normally assumed by policymakers namely R&D spending as a proportion of economic output or GVA (Gross Value Added), then we find that the proportion is only 0.7 per cent, considerably behind the UK (at 1.1 per cent) which, in itself, is lower than competitor economies such as Germany (2.0 per cent), Finland (1.8 per cent) and France (1.4 per cent).

For Wales, this is extremely disappointing given the Welsh Government had set itself the target in 2002 of increasing business R&D expenditure to more than 1 per cent of GVA by 2010.
However, to reach this target even now, expenditure by the private sector needs only to be £165m higher annually and generating this additional amount of expenditure every year is certainly achievable.

This will need a more strategic approach than previously adopted by policymakers in attempting to increase the R&D capacity of the Welsh business sector and, more importantly, a clear and co-ordinated approach to linking the worlds of academia and industry especially as over a quarter of a billion pounds is spent annually within the Welsh university sector (accounting for 3.3 per cent of the UK total).

However, what is most mystifying is the amount being spent (or rather not spent) by government departments on R&D in Wales. According to official statistics, £2.1 billion is spent every year by the government and research councils in the UK on R&D yet according to the latest statistics, only £15 million of this is spent in Wales i.e. 0.7 per cent of the total. In fact, the proportion of funding that should be spent in Wales according to its population (5 per cent) would have brought in an additional £108 million of R&D spending into the Welsh economy.

Unfortunately, the majority of UK R&D Government expenditure is within the richest regions of London, South East England and the East of England demonstrating, yet again, a lack of any regional policy towards distributing wealth creating opportunities across the nation.

Given that we currently have an industrial policy in the UK which purports to do this, then there must be a greater fairness in the future allocation of public funding for research. Certainly, both UK and Welsh Governments need to re-examine this situation and make a far stronger case for more of this R&D to be spent in boosting the overall economic performance of the poorest UK nations and regions such as Wales.
business R&D innovation policy R&D UK Government Welsh Government