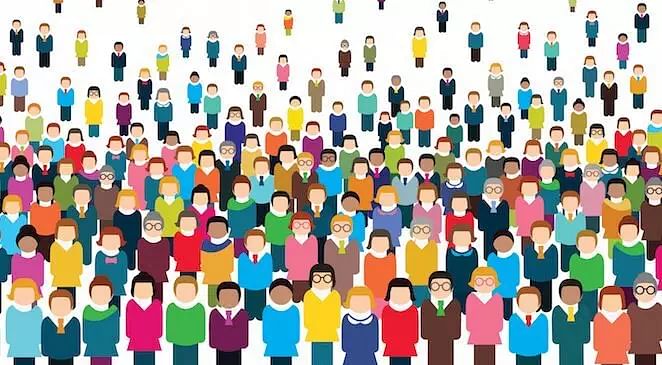 Last week, the latest estimates for population in the UK were released by the Office for National Statistics (ONS).

They make for some fascinating reading especially as understanding the size and characteristics of our population is critical to politicians and policymakers not only in the future planning and delivery of a range of public services, such as healthcare and education, but also in supporting economic development at a local, regional and national level.

According to the ONS, whilst the population of the UK has grown to an estimated 66.4 million, the rate of growth has reduced and is now at its slowest rate for fifteen years. However, this is not expected to last and within ten years, it is expected to grow by an additional 3 million people.

As would be expected, population growth is not even across the UK and whilst England and Northern Ireland grew at the UK average, Wales (0.4%) and Scotland (0.2%) experienced slower growth. Whilst the vast majority of local authority areas had experienced population growth during the last five years, twenty three actually saw a reduction including four from Wales namely Ceredigion, Anglesey, Powys and Blaenau Gwent. In fact, Ceredigion has shown the largest proportional decrease in population in the UK with a 4% decrease between mid-2013 and mid-2018.

The fastest growing city in Wales was Newport, which experienced a 4.5% increase in population over the same period followed by Cardiff (3.4%) and Swansea (2.6%) demonstrating that much of the population growth is taking place within urban locations.

But what accounts for the increases in population in the UK? According to the ONS, the change in population size is down to four main elements namely births, deaths, immigration and emigration with natural change (births and deaths) being responsible for the majority of population growth for most of the 20th century.

Over the last year, 612,000 people moved to the UK whilst 385,000 left the UK, resulting in 227,000 more people in the UK, nearly twice the impact of natural changes in the population. Whilst this lower than the record net migration of 343,000 in 2015, this is down to the impact of the imminent departure from the European Union with EU net migration has decreased since 2015. In contrast, non-EU net migration has remained broadly stable over the last year, following a gradual increase since 2013.

Not surprisingly, another key trend is the ageing of the UK’s population, reflecting the pattern found in all developed nations. Whilst only one in six people were 65 years and over in 1998, it is estimated that this will increase to one in four people by 2038. In addition, the working age population (16 to 64 years old) is set to decline from 63% to 58% over the next twenty years.

Again, these changes are not geographically even across the UK and it is rural areas and coastal towns which will see the biggest increases in an older population over this period. In fact, Wales will have 27% of its population aged over 65 by 2038, a higher proportion than Scotland (25%), Northern Ireland (24%) or England (24%). It will also have the lowest level of working age adults across the UK in twenty years, with significant implications for the economy.

Obviously as the population grows, so does the number of households which has increased by 1.8 million since 2008. The number of families has also grown from 17.7 million in 2008 to 19.1 million over the last decade with two thirds being married couple or civil partnership families.

However, what is fascinating about this finding is that the family unit is continuing beyond the age that young adults normally leave home i.e. whereas half of young adults had left home by the age of 21 in 2008, by 2018 it took them a further two years to do so with a third of young men aged between 20 and 34 still living with their parents.

Therefore, the ONS has shown that whilst the UK’s population is growing, it is getting older and is more dependent on net migration for this growth than ever before. In addition, whilst there are an increasing number of older people living alone, there are more young people living with their parents. All of this not only has implications for public services but also could present opportunities for businesses to develop new products and services to address the personal requirements of the changing population in the UK.

For Wales, the fact that within two decades we will have far smaller working population than the rest of the UK along with higher proportion of older people presents its own unique challenges and certainly this trend needs to be at the forefront of future economic strategies developed by the Welsh Government.