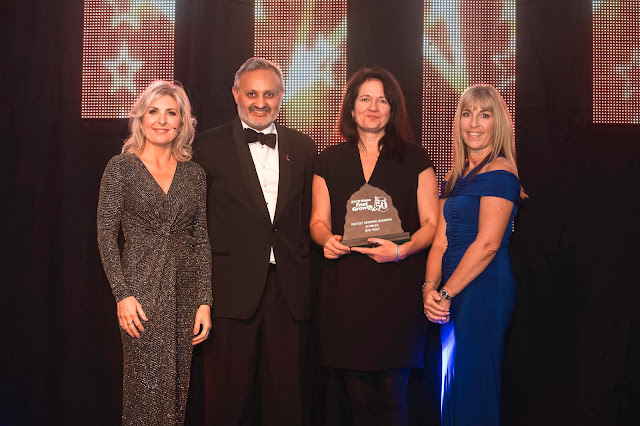 Last night, the 21st Wales Fast Growth 50 awards were celebrated in Cardiff highlighting a group of incredible businesses that are making an amazing contribution to the Welsh economy and demonstrating, yet again, that Welsh entrepreneurship is thriving.

At an uncertain time for the Welsh economy, it is important to demonstrate that we have some incredible firms in Wales and the awards showcase annually the entrepreneurial spirit and innovative drive of the Welsh business community.

Since the project was established in 1999, the 628 firms that have appeared on the twenty lists are estimated to have created 42,000 jobs and to generate an estimated £24 billion of additional turnover, much of which is spent in their local area.

Of course, a small number of Fast Growth 50 firms have fallen by the wayside over the last 21 years but the fact that so many are still trading successfully (and regularly return to the list every year) is testament to the hard work of their founders and the teams they have created to grow their businesses sustainably.

Every year, the Fast Growth 50 identifies some incredible businesses that are making a significant difference to their sectors, markets and communities and 2019 is no exception.

For example, this year’s list generated a collective turnover of £885 million in 2018 and employed nearly 3,200 people.  More importantly, they created an additional £538 million in turnover during the period 2016-2018 at an average growth rate of 155 per cent.

These fifty businesses also created a total of 1,600 new jobs in just two years, a growth of 80 per cent over two years, demonstrating their continuing importance across the Welsh economy.

The average age of a fast growing Welsh firm is twelve years old with only ten firms being new (aged five years or less) showing that scaling up does not just happen after a few years for the majority of companies. Indeed, the oldest fast growing firm in 2019 is the Anwyl Group, a North Wales based family business which will be celebrating its 90th birthday in 2020 and has extensive plans to expand further over the next few years.

Ten firms had a turnover of more than £20 million in 2018 with the largest being Trade Centre Group UK with sales of £257 million. The Neath headquartered car supermarket also was the major job creator between 2016 and 2018 with 494 new jobs followed by Flexicare (183 jobs) and Spartan Motor Factors (113 employees), with the latter firm celebrating five consecutive years on the Fast Growth 50.

The sectors with most growth firms this year are construction and building services, and business to business services, with the former demonstrating that despite financial constraints across the sector, there is considerable activity across Wales in both the commercial and housing markets.

Despite a downturn in the fortunes of high streets across Wales, there are eight consumer and retail businesses in this year’s list and in a boost to new industries across Wales, there are six technology firms and five creative firms that are amongst the fastest growing Welsh businesses. There are also five manufacturing and engineering firms which, as in very year of the Wales Fast Growth 50, suggests that the sector continues to defy expectations and create high growth firms.

Geographically, fast growing firms were to be found in seventeen Welsh counties with Cardiff being the main growth hotspot in Wales with eighteen firms being based in the capital city. In fact, the Cardiff Capital region has two thirds of all firms on this year’s list emphasising its role as the powerhouse region in the Welsh economy. Other hotspots include Bridgend (four firms), Swansea (four firms), and Mochdre/Colwyn Bay in North Wales (three firms).

Finally, congratulations to Bad Wolf for achieving an amazing growth rate of 2668% in growing from a turnover of £1.8 million in 2016 to an incredible £50.3million in 2018. They are revolutionising the TV industry here in the UK and are the driving force behind a renaissance in the creative industries in Cardiff and the rest of Wales.

Yet again, the Wales Fast Growth 50 is a celebration of the best that the Welsh business community has to offer and we should all be proud of the success of not only the fifty firms which are the fastest growing firms in Wales in 2019 but those businesses that have made the list over the last twenty one years.

More importantly, these firms are all a beacon of enterprise and innovation demonstrating, as we have every year with the Fast Growth 50, that we have Welsh businesses that can compete with the best in the World. I hope you will enjoy reading their stories in the Western Mail next Wednesday.