THE IMPACT OF INCUBATORS AND ACCELERATORS 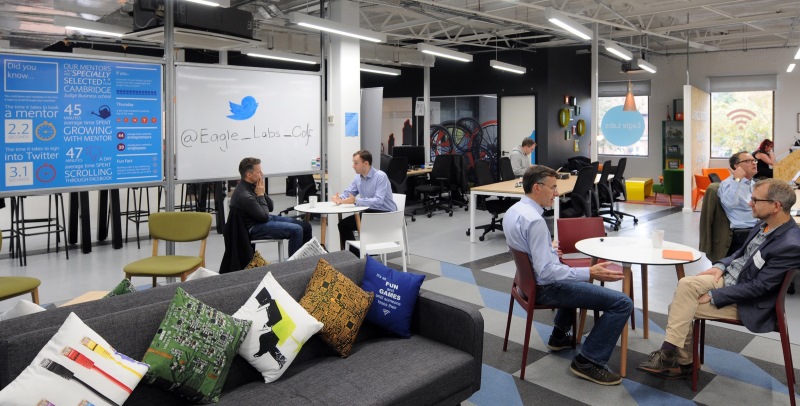 There is increasing evidence that business incubators and accelerators – enterprise support programmes that are based within specific spaces to help startups grow – are becoming more prevalent across the UK.

Indeed, the number of business incubators and accelerators has grown rapidly over the last few years and it is estimated that there may over 400 such organisations operating across the UK, supporting around 10,000 businesses at any one time.

But what has been the impact of these business support mechanisms on businesses given that there may be around £30 million of public funding spent on them annually?

A recent study from the innovation body NESTA has examined the impact of incubators and accelerators on the startups they support and investigate which types of support - provision of workspace, mentoring, funding or training – actually drive this impact.

Their survey of 438 startups that that have previously or are currently attending an incubator or accelerator makes interesting reading, especially for policymakers wanting to boost entrepreneurship in their local areas.

First of all, 43% of the startups surveyed reported that the accelerator or incubator they participated in was significant to their success with 23% saying it was vital. Only 9% of startups said there was  no contribution or a negative impact of their programme on the success of their business.

In terms of what specific interventions supported these startups, a large majority stated that they were being provided with access to peers, mentoring and business skills development as part of the accelerator or incubator they participated in.

In addition, some startups receive some personal coaching or development, office space, help testing and refining their business model and networking opportunities with investors.

Not surprisingly perhaps, startups surveyed perceived direct funding to be the most useful support they received as part of their incubator or accelerator programme. This was followed by access to office space, lab space and technical equipment.

In contrast, those managing accelerator and incubator programmes perceived the two most selected benefits from participation being business skills development (53%) and access and connections to potential investors (51%) with only 13% quoting direct funding.

In particular, interventions such as access to investors, access to peers, help with team formation, mentoring from an industry expert or business angel also had a positive impact on growth, R&D expenditure and investment raised.

However, it is also worth noting the difference between what some start-up founders wanted for their business and the strategy of many incubators or accelerators which had too much emphasis on short term growth rather than a greater long-term focus, an issue that is partly driven by investors. As one noted, the goal of finding investment was weighted a bit too heavily over the goal of creating a profitable business.

But what is most interesting is how being based in an incubator or an accelerator can change the way in which a start-up operates, especially in terms of raising finance, developing and recruiting staff, strategic planning, and partnering with external organisations.

This especially the case for start-up founders who noted that positive changes in their confidence and mind-set are important benefits to participating in an incubator or accelerator. In particular, networking with peers and being located in an environment that fosters mutual support and a sense of community are seen as critical to the future success of the business.

Given this positive impact on firms within start-ups within incubator and accelerators, what can be done to support them?

Certainly, utilising the experience and expertise from those who have successfully built this programme in a deprived part of Wales could certainly reap benefits for other areas which currently do not have an incubator or accelerator to drive forward further entrepreneurial activities and wealth generation within their localities.

Indeed, if incubators and accelerators can create high quality sustainable jobs in the local community and have a positive effect on sales, jobs and productivity of participating firms with a positive knock-on effect for the area in which they are based, then it is a no-brainer for policymakers to prioritise the development of these business support interventions as an integral part of local economic strategies.