THE IMPORTANCE OF ENTERPRISE EDUCATION TO THE EMPLOYABILITY OF GRADUATES 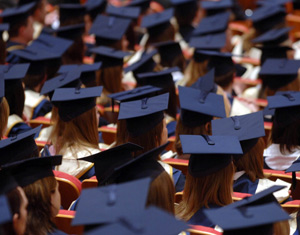 With employment at a record high of nearly 33 million in the UK, competition for jobs amongst graduates has increased significantly.

Whilst the number of graduate vacancies was the same as the number of available graduates in the workplace twenty years ago, it has been estimated that now there are over eighty applicants per job vacancy.

As a result, employers will take it as a given that graduates will have the technical qualifications necessary for a job position as an engineer, lawyer, nurse, accountant or social worker. Instead, they are looking for applicants who also have the range of transferable softer skills that make them ready for the workplace from day one.

A recent study by the publishers Pearson suggests that these employability skills are becoming more important although only 13 per cent of human resource (HR) managers stated that their graduates were fully prepared for employment with areas such as leadership, negotiation and strategy being missing.

With two thirds of all HR managers stating that relevant work experience is more important than the grades achieved by graduates in their degrees, it is worrying that 20% of graduates believed that their university had failed to prepare them adequately for the world of work not only in technical skills but in management-related areas such as leadership and negotiation.

The importance of softer skills that are relevant to the workplace is also emphasised in a study by Linkedin which showed that skills such as enterprise and creativity, persuasion, collaboration, adaptability and emotional intelligence are needed to be successful in almost any role regardless of the technical qualifications needed for that role.

All of these soft skills are those that are naturally associated with the characteristics found in the founders of new businesses, which suggests that if higher education is going to become more relevant to employers, enterprise education must become a vital part of the fabric of every university department and faculty and not, as would normally be the case, limited to business schools.

Given this, it is not surprising that greater attention is being given to the economic and social benefits of encouraging greater levels of enterprising attitudes and behaviours in young people. And despite the importance of entrepreneurship, this should not be limited to the development of new enterprises as only one out of one hundred students actually start a business in the UK. Instead, there is also a growing need for young people to possess greater levels of enterprise, creativity, initiative, self-reliance, flexibility and the capacity for self management. These qualities and behaviours enable them to manage in a workforce increasingly characterised by change, uncertainty and a decreasing pool of permanent employment positions.

Also, with the majority of jobs in the UK economy being created by SMEs over the last decade (and half of these in firms employing less than ten people), the development of such abilities and skills by students during their courses are even more important in ensuring the future success of these firms which are vital for the future of the UK economy.

So how can this be achieved within the higher education sector especially as the ability for graduates to find work after their studies is also becoming increasingly important in enhancing a university’s reputation not only with employers but, more critically, with prospective students?

First of all, there is university education that promotes enterprising attitudes, skills and behaviours through an emphasis on the kind of teaching and learning that emphasises self-directed, experiential learning. This can be complemented by education about enterprise through subjects, units and courses on entrepreneurship, innovation and creativity as an integral part of all subjects or through non-accredited programmes such as seminars, workshops and short courses.

Then there is probably one of the most important interventions namely education through enterprise i.e. through work experience and co-operative education programmes. This focuses on students learning through experiences in either an actual work placement or simulated entrepreneurial activities.

Finally, there should be education for enterprise which is a combination of seminars, workshops, and initiatives aimed at the potential entrepreneur. This provides the small group of graduates who want to start their own business with a ‘package’ of support - education, finance and mentoring - to actually assist them to turn ideas into opportunities and from this, to establish and build their own new ventures and, in turn, employ other graduates from the university.

Therefore, with employers increasingly demanding work-ready graduates and with the majority of those employers being entrepreneurial small businesses with specific needs, it is paramount that higher education in the UK not only provides those graduates with the technical qualifications needed for a job but also with the enterprising softer skills that can make so much difference to that business in the future.