THE NEED TO ENCOURAGE GREATER FEMALE ENTREPRENEURSHIP IN WALES 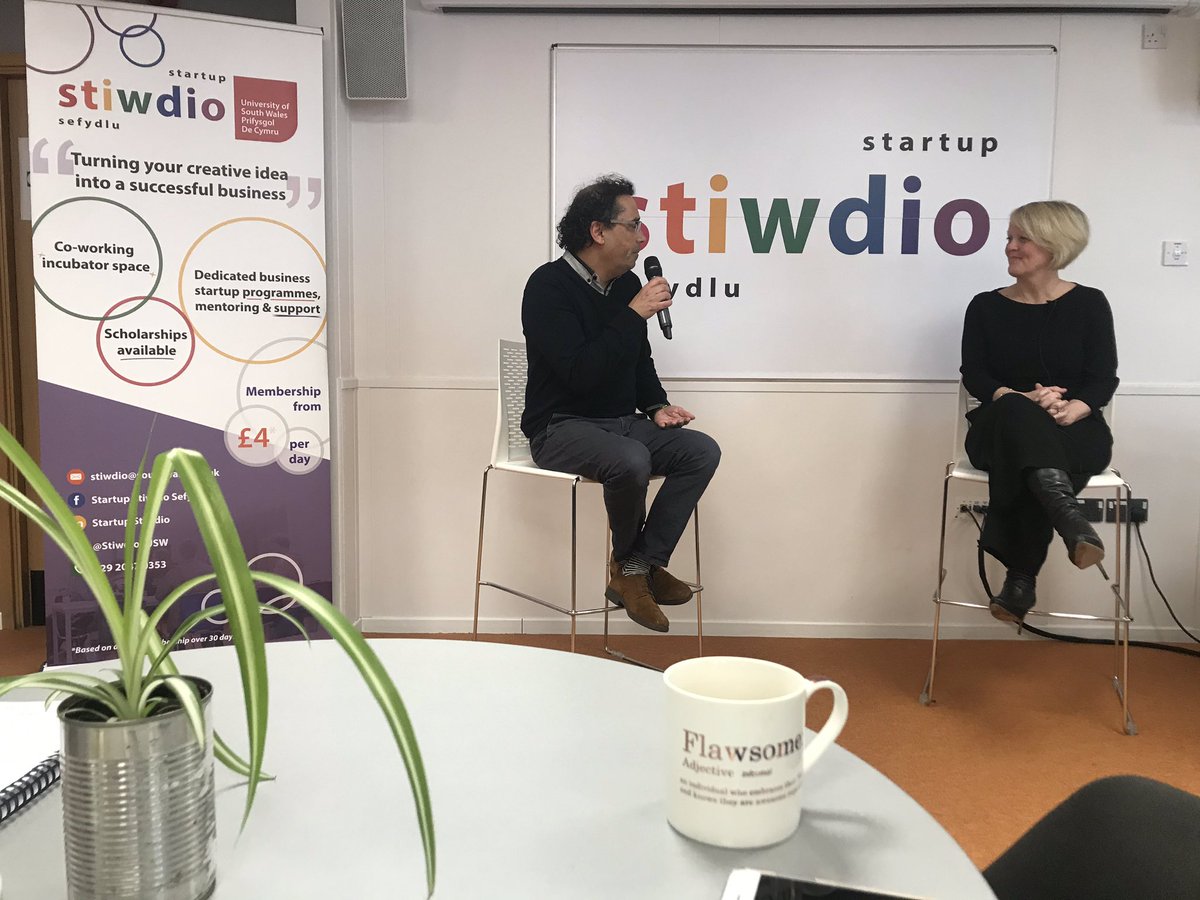 It was great to recently welcome Alison Rose - the new CEO of NatWest Bank – to the Startup Stiwdio incubator at the University of South Wales as part of International Women’s Day celebrations.

Apart from being one of the most influential female leaders in the UK, Alison was the author of the highly influential Rose Review which was published last year. This report shed light on the barriers faced by women starting and growing businesses and identified ways of unlocking this untapped talent. As a result, the UK Government announced that it would seek to increase the number of female entrepreneurs by half by 2030, equivalent to nearly 600,000 additional female entrepreneurs.

However, as we discussed yesterday in a room full of some of Wales’ leading female entrepreneurs, this task is not going to be easy. Indeed,  according to the authoritative Global Entrepreneurship Study there are far fewer women than men likely to know someone who has started a business in the last two years, believe there will be good start up opportunities in the next six months, and have the skills, knowledge and experience to start a business.

In terms of entrepreneurial activity, men in Wales and the rest of the UK are almost twice as  likely as women to be starting and managing a business which shows that there is a long way to go for the UK Government to close this gap.

It is also interesting that there are far more women who are motivated to start a business for reasons other than money, such as contributing to society, helping others in need, and to build relationships with others. This finding has recently been reflected in a study by my colleagues Christine Atkinson and Celia Netana, who have examined support for female entrepreneurs in Wales.

They also found that softer factors such as the search for flexibility, a more satisfactory balance between personal life and business and the opportunity to make full use of their knowledge, skills and potential were more important than the pursuit of money.

There are also a number of key challenges faced by female entrepreneurs including care of children, lack of confidence and a fear of not being taken seriously although the major challenge for those women who are growing a business is that managing the work life balance increases as the business develops and this may have important implications with regard to perceptions of the flexibility offered by running a business compared to the reality.

Whilst the study found that that access to finance was gender neutral, some female entrepreneurs still demonstrating a reluctance to borrow from external lenders and there were conflicting views from financiers and entrepreneurs regarding risk and what might sort of business activities might be fundable.

What is of particular interest was that over a third of female entrepreneurs reported having experienced gender stereotyping and this was consistent across all stages of business from pre-start to growth. This is clearly an issue that remains to be overcome as some women choose to leave employment and set up their own business in order to escape the limitations of ‘the glass ceiling’ found in many large organisations.

Therefore, the growing consensus that entrepreneurship may provide a means of overcoming the barriers women encounter in wider society and the general labour market may be overstated.

So what is Wales doing about this situation? Fortunately, the Welsh Government recently published a report “Supporting Entrepreneurial Women in Wales” which set out a number of policy priorities for encouraging and growing the number of women who take the plunge to start a new business. Probably one of the most important was  to recognise and promote the success of women entrepreneurs as role models to others which, in my opinion, we don’t do enough of.  And whilst International Women’s Day is an important celebration in itself, it is also critical that we recognise, every day, the contribution made by entrepreneurial women to the Welsh economy.

I have been blessed, over the last few years to have become good friends with some amazing female entrepreneurs in Wales such as Hayley Parsons of Go Compare, Kate Methuen-Ley of Tiger Stores, Charlotte Leyshon of Lux Family Law, Rachael Flanagan of Mrs Bucket, Harri Coleman of Fabric, Gem Hallett of MiFuture, Vicky Mann of Near Me Now and many others.

All are incredible inspirations in their respective sectors and, more importantly, continue to make a real difference to the business community. However, as the Rose Review notes, we need more of them to help change the Welsh and UK economies for the better. Certainly, with a strategy that is ready to be implemented, the Welsh Government can certainly show the way to the rest of the UK in how to support more women into business and ensuring that many more female-led startups are making an impact on our nation over the next few years.