THE IMPORTANCE OF FAMILY BUSINESSES TO THE UK ECONOMY 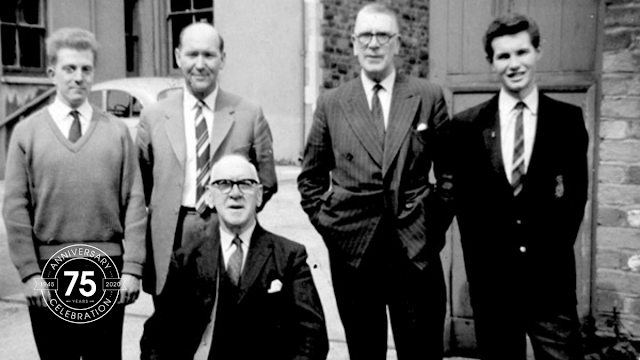 Earlier this month, TB Davies celebrated 75 years of trading continuously from their base in Cardiff and as a fourth-generation family business, is another example of how, as recent studies have shown, it is family businesses that dominate most economies in the World.

According to the Family Entrepreneurship Report from the Global Entrepreneurship Monitor – which interviewed 150,000 adults across 48 economies – over three quarters of entrepreneurs co-own or co-manage their businesses with family members.

This supports other data which has indicated that between 70% and 90% of all firms in the European Union would be considered family businesses and 75% of all businesses in the United States are family-owned firms.

Indeed, a state of the nation report from the Institute for Family Business (IFB) estimated that there were some 5.1 million family-owned businesses in the UK, representing 88% of the country’s private sector firms. They employed 14.2m people (40% of the UK’s total employment), earned more than £1.9 trillion in revenue and contributed 31% of the UK’s total GDP.

And they were more important to some nations and regions than others – two thirds of all private sector employment in Wales is accounted for by family firms as compared to just over half for the UK as a whole. In addition, the sectors that had the highest concentration of family firms were transportation, storage and construction.

What are the other characteristics of family firms? First of all, family firms play an important role in promoting opportunities in the workplace for women with four out of five family businesses having at least one female owner partner or director as compared to half of non-family firms.

They are also more stable employers with two thirds having not altered the numbers of people employed in the last 12 months and of those that did, twice as many had increased their workforce as compared to reducing the number of employees.

In terms of growth factors such as internationalisation and innovation, family firms are focused on domestic activities with less than 20% involved in exporting goods or services and even when they did, it accounted for only a small amount of their income. However, a quarter had brought new and improved goods and services to market over the previous three years, 21% had significantly improved their own processes for producing or supplying goods and services, and 15% had invested in R&D.

Whilst the majority of family firms had suggested that their main strategy would be to improve workers’ skills and abilities to pursue growth, the IFB estimated that the output for family firms is likely to have declined more than for non-family firms during the Covid-19 pandemic, with the 390,000 family firms in the arts and entertainment industry along with those in the accommodation and food services sectors likely to have been among those which have faced the largest challenges.

Yet despite the importance of the family firm sector and its impact on the economy, it is rarely considered by politicians in terms of developing specific policies to improve its performance and contribution.

As the GEM report points out, despite the fact that family firms are responsible for considerable job creation and stable employment,  most government policies have focused on individuals or the broader context of institutional frameworks that support an entrepreneurial ecosystem.

To date, there seems to have been very little consideration of what policies or programmes might help entrepreneurial families develop and sustain their businesses despite the fact that, either at a UK or Welsh level, it could make a real difference.

For example, focusing entrepreneurial development at the level of the family rather than on one specific individual could help improve the expertise, skills, ambitions, and effort of the family as a whole. This could then increase the sustainability of ongoing businesses as families bring greater trust, capital, effort and resources to business creation and business development.

Certainly, here in Wales, there are many unsung family firms such as TB Davies within every business community across the nation that have made a real difference to their local economies for many years. Now is the time to recognise their achievements and ensure that their contribution, at this vital time for the economy, is recognised and supported going forward.