THE STATE OF ENTREPRENEURSHIP IN THE UK 2020 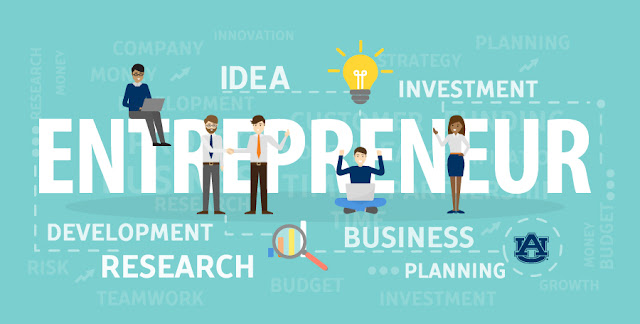 Twenty years ago, I became part of the team that launched the Global Entrepreneurship Monitor (GEM) as the most detailed study of entrepreneurial activity in the World.

Whilst I am no longer involved in the analysis of this data, I remain fascinated by the results that are produced every year. And last month, the GEM report for the UK was published and contains details from 6,787 adults aged 18 to 80 who participated in the survey in 2019. As well as providing international comparisons on entrepreneurial attitudes, activity and aspirations, it also provides results on the state of entrepreneurship across the four home nations including Wales.

According to the study of entrepreneurial attitudes, there were no significant differences between the four UK nations in the proportion of non-entrepreneurially active individuals who personally know someone who has started a business in the last two years; those who thought they had the skills to start a business; and the proportion who felt that fear of failure would prevent them from starting a business.

Similarly, there was consistency in the levels of those, across the UK, who agreed that “those successful at starting a business have a high level of status and respect in society” and that “you will often see stories about people starting successful new businesses in the media” suggesting that entrepreneurs have come a long way in the last 20 years.

The major difference, which is critically important in the future growth of new businesses, is that only 29% of non-entrepreneurially active population in Wales agreed that there were good start-up opportunities in their local area in the next 6 months. This was significantly lower than for England where 40% reported good opportunities and suggests that there will be a further widening between Wales and the rest of the UK in the proportion of those who will start their own business.

The lower levels of entrepreneurial activity within Wales is also reflected in a range of other statistics from the report. For example, 12% of adults in England expected to start a business in the next two years as compared to only 8% in Wales, the lowest of all the home nations. Similarly, the level of nascent entrepreneurship - when individuals begin to commit resources such as time or money to starting a business – was significantly lower for Wales (4%) as compared to England (7%).

This means that the gap between the total entrepreneurial activity (TEA) rate - which measures all new businesses under 42 months of age - had widened significantly between England and Wales from 2018 to 2019.

However, it would seem that this gap has been driven by the difference in the number of men who are starting and managing a new business. Indeed, whilst male activity is 50% more than female activity in England, the activity rate for women in Wales is slightly higher than for men. However, it is worth noting that the average female TEA rate for Wales (5.0%) was significantly lower than for the best performing English region namely the East of England (8%)

Whilst it is unlikely that this good news on female startups is down to the decision by the Welsh Government to increase support for female entrepreneurs (as this has yet to be implemented properly), it is an important result for the Welsh economy and something we have seen in initiatives such as the Wales Start-up awards where more women have not only been applying but winning across all categories.

What is particularly disappointing is the fact that only 6% of those aged between 18 and 24 were starting and managing a business between 2017 and 2019 as compared to 8% for the rest of the UK. This indicates that despite some improvements in the last few years, far more needs to be done to support young people, especially those emerging from colleges and universities, to start up a new business.

Therefore, the latest GEM study has some mixed messages for policymakers in Wales and suggests that with fewer Welsh people perceiving opportunities to start a business or actually intending to take the plunge into business ownership, the entrepreneurial gap with the rest of the UK will grow with consequences for wealth creation and employment in the economy.

Whilst the proportion of women involved in starting and managing a business has reached parity with men in 2019, this may be an outlier given that the longer term trend shows that the female to male entrepreneurship rate remains at 55% and there is a need to promote greater enterprise across both genders to catch up with England.

More disappointing is the entrepreneurial performance of young people in Wales and given this and the employment challenges which will be faced by this group due to the impact of Covid-19, I would urge the Welsh Government to make support for entrepreneurship amongst those aged between 18 and 24 a key plank of any stimulus package for the Welsh economy over the next 12 months.