WHY THE DEVELOPMENT BANK OF WALES MUST FOCUS ON CHEAPER LOANS DURING THE COVID-19 RECOVERY? 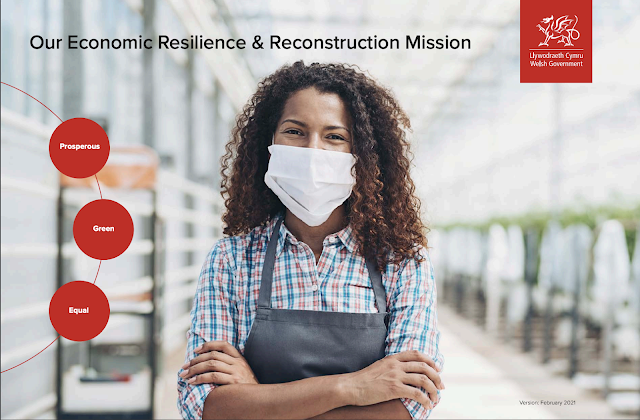 Earlier this week, the Welsh Government published its Economic Resilience and Reconstruction Mission which sets out how it will work to rebuild Wales’ post COVID-19 economy.

Like every economic strategy document, there are elements of good and bad policymaking within the document. For example, some of the actions on developing a greener economy, supporting innovation, improving digital skills, better public procurement and moves to support our high streets are to be welcomed.

But there are also considerable omissions on key issues which are critical to development of any economy, never mind that of Wales which is the poorest in the UK.

For example, there is a total lack of focus on supporting entrepreneurship and new businesses. This is despite overwhelming evidence that new firms not only create the majority of new jobs in any economy but especially during a recession where large firms continue to shed hundreds of thousands of jobs.

And it’s not as if the Welsh Government hasn’t been supportive in the past and actually established BeTheSpark as a specific strategy to drive forward entrepreneurship. Despite this, new firms received hardly any support from during the pandemic.

Unfortunately, it seems that they are still being ignored at a time when unemployment will be rising but it’s not too late to change this to ensure a greater focus on supporting those entrepreneurs who will be generating jobs in the economy.

In addition, it’s enormously concerning that improving productivity in the economy is not covered within the strategy despite the fact that it is probably one of the most important economic drivers in any economy.

As Martin Wolf pointed out in the Financial Times earlier this week, the decline in productivity in the UK has been the biggest of all advanced economies and is lower than the USA, Japan, Germany or France. But worse than that, Wales then has the lowest productivity of any part of the UK which begs the question why there is no real attention on this issue at all?

So simply put, entrepreneurship creates jobs in the economy and productivity creates wealth and yet neither is targeted in this document to reboot the Welsh economy.

What was also interesting about the launch of the strategy was the overwhelming focus within press releases from the Welsh Government on the additional £270m of funding given to the Development Bank of Wales.

Given that the access to funding will no doubt be an issue for small firms as we emerge from the pandemic, this is to be welcomed although it is worrying that the Development Bank has since indicated that it will revert to its normal lending practices for this funding.

In other words, interest rates will be considerably higher for this new funding - at an average of 7.5% - than the 2% charged on loans provided under its £100m Covid-19 Wales Business Loan Scheme.

Does this make any sense at all? With the money being supplied directly from the Welsh Government, then Ministers could have insisted that this new “recovery” funding had to operate on the same basis as the previous Covid offering from the Development Bank.

At this moment, the Welsh economy needs to have cheap capital available for those businesses that have been hit hard over the last eleven months to invest and grow. In other words, why would you want to pay more interest to a Welsh Government-owned funder when you could be using that money to invest back into your business after the worst recession since 1709?

Certainly, there is no political reason as to why this could not happen so it is a real mystery as to why the Welsh Government has not insisted on this condition. The fact that considerably lower interest rates have already been charged by the Development Bank during last year also shows that there is also no strategic or legal reason why this can’t be done.

As Wales is the only part of the UK that currently has its own bespoke development bank, a bolder and more innovative approach to funding could actually create a competitive advantage for Welsh businesses which, in turn, could help the economy to recover more quickly.

In fact, you have to seriously wonder why a bank that is wholly owned by the Welsh Government has now decided to charge rates that are 375% higher than what it charged during the pandemic. In political terms, this is also in sharp contrast to the recent proposal from Plaid Cymru to offer long-term zero-interest loans "to get businesses back on their feet".

Back in 2014 and following a review undertaken for the then economy minister Edwina Hart, I proposed the creation of a new Development Bank for Wales that would be different from its predecessor Finance Wales in that the needs of Welsh business would be at the heart of everything it would do.

Seven years later, that approach should still be the number one priority for the Development Bank especially as we emerge from a pandemic where Welsh firms have been hit hard and need as much help as possible over the next few years.

Hopefully, the Welsh Government and the Bank itself will now re-examine how the £270m of new funding is managed and ensure that its impact is maximised for businesses in Wales at this critical time. It is definitely the right thing to do given the current circumstances.