Vital to keep in touch with manufacturers 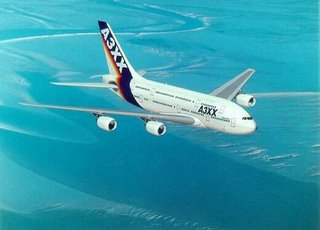 Manufacturing in Wales is currently in deep crisis. This is the view of a number of commentators and economists, with estimates suggesting that more than 3,000 well-paid jobs have already been lost in the sector during the last six months.

One of the biggest worries of all is over the future of Airbus, where the wing production plant in Broughton is the jewel in the crown of Welsh and UK manufacturing.

The problems faced by the company, with delays to the production of the new A380 super- jumbo (pictured above), along with the sale of the 20% stake of UK BAE Systems, have led to suggestions that it is inevitable that the plant in North East Wales will be moved elsewhere.

On business grounds, one would hope that any cutbacks are very unlikely, given the high skills that have been built up over many years at the Broughton site.

However, with the current owners of Airbus - especially those in Germany and France - now facing the possibility of job cuts within their own countries, politics may have a bigger part to play in the future of the company than sound business strategy and there may well be changes that could, in the long term, have a catastrophic effect on the future of large-scale, high-technology manufacturing in the UK.

Elsewhere in Wales, manufacturing continues to decline, with Fast Growth 50 list, to be published next week, includes eight manufacturing firms which have generated more than £18m of turnover in 2005 across a range of sectors. Even so, the future of Welsh manufacturing is not only in developing new and growing firms but in ensuring that our existing manufacturing base achieves higher value in its operations and, more importantly, that it is embedded in the local economy.

Many of the manufacturing companies which are major employers within Wales are based within the more deprived areas, and I very much hope that Assembly officials are in constant discussion with every single major manufacturer in Wales over their future plans, especially in the way that policymakers may be able to help them in upskilling or upgrading their plants to ensure that they do not move their operations to low-wage economies.

Most of these businesses have been in receipt of grant aid from the Assembly Government and one would naturally expect a continuous dialogue between the account managers of the grant programmes and senior managers of the manufacturing businesses.

Communication is key to ensuring that everything that can be done, is done prior to a decision to downgrade or even close a manu- facturing plant. Shutting the stable door after the horse has bolted will not help anyone, least of all the skilled employees losing jobs.

No matter how effective 'Team Wales' is at moving in after the plants have closed, the loss of a major manufacturing plant will have significant knock-on effects, not only for employees of the firm, but also for the small firms which inevitably supply these larger businesses with components and services.

I only hope that our civil servants are acutely aware of these inevitable and largely irreversible changes to the structure of the manufacturing sector and are working hard to ensure that we have seen the last of any major closures which could, with advance warning and good communications between government and business, have been avoided.