The Ostrich and the Phoenix 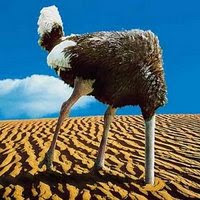 This week, the main economic headline was that claimant counts had fallen to their lowest levels since 1975 which, according to the Assembly’s press office, shows the vibrancy of the Welsh economy at a time when the rest of the UK is facing recession.

Yet again, we are witnessing the old political trick of spinning one selective positive statistic which suits a government’s immediate needs, whilst the overall state of the Welsh economy is conveniently ignored.

For example, if one examines the unemployment statistics more carefully, it can be seen that claimant count is only a small part of the picture. Indeed, the proportion of the working age adult population in Wales without a job has increased during the last four and a half year period and we now have 35,000 more of the economically inactive in Wales looking for a job (an increase of 39 per cent since 2003) and 11,000 more unemployed.

The high level of economic inactivity is just one indicator of serious structural problems with the Welsh economy. We remain the poorest region in the UK, despite thousands of new jobs being created and billions of additional funding provided from Treasury and Europe. More worryingly, data from Eurostat released last week shows that we are now less prosperous than some parts of the former Soviet Bloc countries in Central and Eastern Europe.

Despite claims that “recent trends show Wales is proving its ability to compete in today’s climate of global competition”, the actual evidence does not bear that out, as this blog has reiterated time and time again.

We have the lowest amount of R&D private sector spending of any UK region, the lowest mean weekly full-time earnings in the UK and, only a few days ago, productivity per job in Wales was revealed to be lower than any other part of the UK. Thousands of well-paid manufacturing jobs have been lost and the amount of capital expenditure being brought into Wales by foreign firms - the most important component in improving productivity - has declined.

That is hardly the foundation for a strong knowledge-based economy and even the one bright light on our innovation potential, namely the university sector, is facing massive cutbacks as the number of applicants to Welsh institutions has taken a dramatic fall of over ten per cent since last year (as opposed to a seven per cent increase across the UK).

Yet, whilst we are facing such a crisis, the Assembly pretends that nothing is wrong with the Welsh economy. Without any thought for the future, it continues to slash budgets within enterprise and innovation with the inevitable knock-on effect for the morale of business support staff and thousands of Welsh businesses they help every year.
It is abandoning assistance for entrepreneurship, which will have an effect on the numbers of new firms needed to rejuvenate an economy such as ours, and it is failing to close the funding gap between higher education in Wales and England, making our research institutions less competitive than others across the border.

Rather than being the dragon economy, it would seem that the Assembly is quickly making us the ostrich economy, with ministers carefully selecting small ‘victories’ out of a miasma of statistics whilst burying their heads firmly in the sand to ignore the real hard evidence of low investment, low R&D spend and low productivity.

Despite this, I do believe that we have the potential for real economic greatness.
For example, we have entrepreneurial young people across our nation who, if motivated and supported, could create thousands of exciting new ventures; we have world class research departments within our university sector where the technologies of the future could emerge if they were properly funded; and finally, and most importantly, we have a small business sector which, as the fast Growth 50 project has shown every year for the last decade, can compete with the best in the UK, and if they were operating on a level playing field, could become supergrowth firms like Admiral and market leaders in their sectors.

Best of all, we also have £1.3 billion of European funding available to support these key factors although this time round, we cannot afford to squander it on vanity projects that have no effect on improving the prosperity of this nation.

As the various political parties gather for their spring conferences, politicians have a simple decision to make over their plans for the future of Wales.
Do they want an ostrich economy where we continue to ignore the realities of a changing world or do we go for a phoenix economy, where Wales can emerge from the ashes of its current position and become a real player on the world stage?