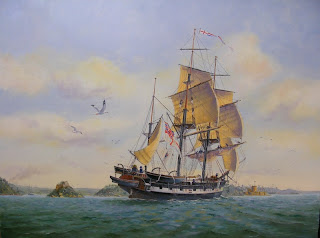 At a time of recession caused by the greed of bankers and incompetence of politicians across the world, it is easy to forget the importance and wonder of human endeavour in the field of science and discovery.

Nowhere is that greater than in the case of Charles Darwin, the English naturalist born 200 years ago who completely changed the way the human race perceived the origins of life itself.

But what of the links between one of the greatest scientists who ever lived and Wales?

As the excellent exhibition, “Darwin: A Revolutionary Scientist”, at the National Museum in Cardiff demonstrates, this visionary man spent periods of his life within Wales.

In particular, it has been argued that the geological work that Darwin undertook in Wales in 1831 just before embarking on the Beagle was critical to his discoveries and later, his theory of evolution.

As a result, it is not surprising that various Welsh projects have been established which use the great man’s name to celebrate scientific discovery.

For example, Professor Tony Campbell of Cardiff University has established the Darwin Centre for Biology and Medicine. This aims to increase the public understanding of science and health through a number of programmes that have developed strong links with local schools and organisations in Pembrokeshire.

It has been an outstanding success and is a project that could and should be replicated across all of Wales to awaken the natural curiosity of schoolchildren for the natural world.

Another Pembrokeshire-based initiative with links to Charles Darwin is the Beagle Trust project. This aims to build a replica of the HMS Beagle at Milford Haven to celebrate the bicentenary of Darwin’s birth, with the aim of undertaking his epic five-year voyage around the world.

The new Beagle, while being a traditional sailing ship, will have the latest scientific research equipment on board. Its mission will also focus on developing a greater understanding of biodiversity and climate change, providing an international focus for promoting a wider public understanding of science.

The development of the modern version of the Beagle will cost £5m and certainly with the business community going through a recession, there are real challenges for the fundraisers in getting sponsors interested in the project.

However, what must be remembered is that this is a 20-year investment in the future of science education and a major opportunity for promoting Wales across the globe. Yes, money is tight but the project has already managed to get Nasa to agree international co-operation with their space programme in working on scientific research into the fate of the world’s oceans, which is a tremendous achievement for an educational charity in the west of Wales.

This is certainly a project which not only looks to the future, but celebrates the future.

Most importantly, it gives Wales a unique opportunity to establish a global science educational programme that will make its mark across the world, not only in terms of science outreach and participation but also in maritime heritage and tourism.

There is enormous interest across the UK and other countries in developing this project further but the danger is that if the majority of the funding comes from outside of Wales, we will lose out in leading this unique project.

As Lord Livesey stated so eloquently in the House of Lords recently: “This project has the potential to remember Darwin and to inspire a new generation... it is a route to promoting our scientific and maritime inheritance while providing a beacon for the youth of the 21st century.”

Certainly, I would like to see the business community and the Welsh Assembly Government invest long term in a global project that will engage the public more closely with modern scientific issues and find novel and exciting ways of working within schools and universities to bring more young people into careers in science.

This is an entrepreneurial and innovative project that will not only put Wales on the map, but has the potential to make a real global impact.

It deserves the support of all of us.