The future of Welsh manufacturing 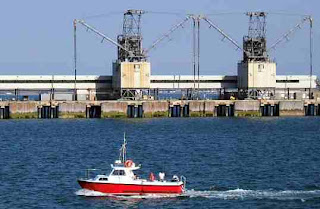 There were mixed messages for the Welsh manufacturing sector this week.

In North Wales, 200 workers at the Air Products factory in Wrexham have lost their jobs as the company, which produces gas plant equipment, is moving to China.

At the same, Anglesey Aluminium has offered voluntary redundancy to 140 staff as they play a high-stakes poker game with the British Government to try to obtain cheap power for their plant.

If, as many expect, this fails to materialise, the result could be the final loss of 500 well-paid jobs in the poorest county in the UK – an outcome which could devastate the economy of Anglesey.

In other parts of Wales, there was better news.

Hundreds of jobs were saved when the Ministry of Defence awarded General Dynamics, based in the Gwent Valleys, a £231m contract to upgrade the Bowman military communication system.

In addition, Compact Orbital Gears of Rhayader, which manufactures and supplies high-quality engineered products and services, has safeguarded 25 aerospace jobs after winning three contracts in the past few months.

Given these different messages, the jury remains out as to whether manufacturing is recovering sufficiently, although it is clear that most of the effort is now going into safeguarding jobs rather than creating new ones. There are still worries over what will happen to some companies and their previous commitment to the Welsh economy.

For example, few believe that Tata will keep both of its steel plants open in Wales, which could mean a major blow to the economy if either Port Talbot or Llanwern were to close.

So what is the future for Welsh manufacturing?

The statistics show that the output from the sector in Wales has declined by more than 5% during the last decade, while most other sectors have grown.

In 1997, manufacturing in Wales was responsible for 28% of GVA (the index which tracks prosperity levels), but had fallen to 18% by 2006, the same as business services. In addition, there are over 60,000 less manufacturing jobs in Wales, with many more expected to be lost by the end of the year.

Certainly, the days of being able to attract large inward investment projects to Wales are over and our economy must adopt a very different approach if Welsh firms are to succeed in a highly-competitive environment.

The future of manufacturing will no longer be based on attracting jobs based on the lowest salaries, but on higher value-added factors such as skills, innovation and productivity.

That is hopefully the message that International Business Wales is sending out across the globe, and I was heartened to read that energy companies in the USA are expressing a preference for setting up operations in Wales because they want to work alongside our higher education sector.

At a time when every other country is looking to the world’s largest economy for any sign of new investment, we must take every opportunity to show that we have world-class opportunities and, more importantly, that we are ready to work with the best companies in the world to ensure that they invest in Wales.

One can only imagine the impact that investments from global giants such as Google or Microsoft would have on this nation and its ability to attract other inward investors.

You can just imagine firms across the world saying that “if Google and Microsoft have come to Wales, why shouldn’t we?”

We also mustn’t forget that we have an indigenous manufacturing sector in Wales that, despite the recession, has shown enormous resilience in surviving through the last six months.

However, this sector must now start preparing for the upturn and government, where possible, must ensure that when the time comes, Welsh manufacturing firms are equipped for the competitive battles that will resume once this recession is over.

If government is to intervene in developing our indigenous producers, then it must develop a coherent manufacturing strategy which provides more support for research and development, skills and new process technologies.

It must encourage companies to invest in capital equipment and the training that will improve their competitiveness and enable Wales to close the productivity gap with the rest of the UK.

Despite the decline in its relative importance, I believe that manufacturing has a vital role to play in creating a world-class economy in Wales.

However, we must take the sector more seriously and ensure that the resources are provided to close the productivity gap with our global competitors and ensure a high-technology, high-skills future for the manufacturing industry in Wales