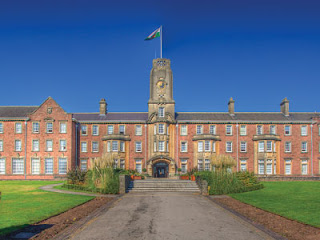 Having, for once, avoided any contact with academia during my fortnight’s holiday in Portugal, I seem to have returned to a situation where the UK university sector could be on the brink of turmoil.

For example, one particular story in the Times Higher Education – the academics’ trade journal - indicated that university Vice Chancellors in England were ‘thinking the unthinkable’ and modelling 20 per cent budget reductions for the next financial year given the likely cuts in public sector expenditure after the 2010 general election.

Given that the sector in England receives around £8 billion every year, this would amount to an eye watering reduction of around £1.6 billion which would decimate the sector at a time when it is needed the most to help the economy recover from recession.

Of course, this may just be scaremongering by the heads of some academic institutions, although one vice chancellor was quoted as stating that they are building in reductions ranging from a minimum of five per cent to a maximum of twenty per cent in next year’s budget.

As expected, this level of cuts has been denied by HEFCE - the higher education funding council for England. Instead, they have been working on the basis that the university sector’s funding will be cut by £180 million from 2009-10 to 2010-11.

Whichever group is right – the universities or the funding council, it is clear that English universities will face some difficult and largely unpalatable decisions during the next twelve months.

So what about the situation in Wales?

Welsh universities are funded separately to England and, according to the latest budget announcement by the Higher Education Funding Council for Wales, will receive around £434 million for 2009-2010, which is equivalent to 2.9 per cent of the Assembly’s total budget.

It is therefore surprising that given the noise emanating from English universities there has been almost no public discussion of the potential impact of government cuts on the higher education sector in Wales after the next election.

Indeed, if we assume the best case scenario of HEFCE’s estimates of cuts in England, this would equate to a reduction of around £9 million in the Welsh higher education budget, or around 150-200 full time lecturing posts.

However, if we start looking at the level of cuts estimated by English Vice Chancellors, then reduction in Welsh university funding could range from £22 million (5 per cent cut) to £87 million (20 per cent cut).

This raises serious issues over the future of the sector during the next few years.

For example, if the Assembly Government decides to impose such cuts on Welsh universities following a reduction in the block grant from Westminster, how can higher education then provide any additional resource to make a continuing contribution to the economic recovery of the nation during the current recession?

More importantly, how the sector play a full and constructive role in important regeneration projects such as European Convergence Funds if there is little spare cash available for match funding projects, even through in-kind support?

Will universities continue to close departments which senior management consider as peripheral to their strategy, as we have recently seen with the highly controversial loss of jobs at the Centre for Lifelong Learning at Cardiff University?

Will some institutions be forced to abandon large scale infrastructure projects such as the second campus project at Swansea University or the new Arts and Innovation Centre at Bangor University?

Finally, will the precarious financial position of some Welsh universities actually mean that some will end up being forced to merge or, in the worst case scenario, close their doors?

These are all critical strategic questions for the future of Welsh universities which are currently being largely ignored or denied by politicians and policymakers.

Whilst the sector may be an easy target for future expenditure cuts, we mustn’t forget that in a small country such as Wales - which has the lowest level of private sector R&D expenditure of any region in the UK - the importance of the university sector in creating a competitive and innovative nation cannot be underestimated. Not only are they critical sources of research and innovation but they are also vital local employers and significant contributors to the communities in which they are based.

Can anyone possibly imagine Wales without these centres of learning?

How vibrant would our capital city be without the presence of Cardiff University and UWIC? Where would the much needed regeneration of the City of Newport be without its university? Which other well paid jobs would be provided in rural Wales in the absence of the Universities of Aberystwyth and Trinity St-David’s?

With the UK government aiming to borrow £175 billion by April 2010, there are clearly going to be some serious decisions to be made over government expenditure over the next few years.

However, given the critical role of universities within Wales, we can only hope that our political parties will step up to the plate and continue to support higher education in Wales and its ability to make a real difference to our economy.