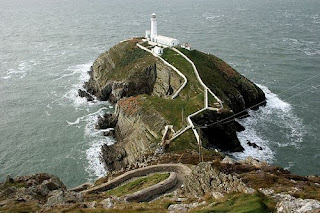 Last week, yet more bad news emerged for the economy of Anglesey when Welsh Country Foods announced that 200 jobs were at risk at their factory in Gaerwen.

This follows the closure of other major employers on the island including Anglesey Aluminium (400 jobs), Eaton Electric (250 jobs), Peboc (100 jobs) and Menai Electrical (50 jobs). In addition, 140 jobs were lost at Vion when they reduced to one shift at their plant in Llangefni.

That means that nearly 1200 jobs have been lost within major employers on Anglesey during this recession. The loss of income from each of these jobs will also have a subsequent knock on effect in local shops and businesses, which will lead to drastically lower sales over the next twelve months as a result of the closures.

It is estimated that at least 1800 other jobs are dependent on the employment within these companies that have either closed down or reduced their workforce.

Back in October, the local authority made a case to the Welsh Assembly Government (WAG) for “special status” to be given to the island, as had happened with coal and steel closures in South Wales in recent times.

Two months later, there is still silence on the matter from Ministers in Cardiff Bay, including the local Assembly Member, about any type of additional financial support for Anglesey’s dire economic situation.

Whilst over £100 million pounds of European funding has been awarded to more prosperous areas such as Swansea, Anglesey has received very little of this money despite the fact that it is the poorest county in the entire United Kingdom.

For example, when the Ebbw Vale steelworks in Blaenau Gwent was shut down in 2002 with the loss of 1100 jobs, there was additional money of over £150 million provided by the Welsh Assembly Government to redevelop the area.

These included funds to build business premises capable of accommodating 1500 jobs, some 500 new homes and a new £27 million local general hospital. It also provided financial support for a £35 million Learning Campus to provide professional and vocational courses for up to 3500 full-time students and a new £30 million rail link to Cardiff.

To date, Anglesey, which has approximately the same population as Blaenau Gwent, has received no financial support from WAG, despite experiencing similar number of job losses from its major employers during this recession.

Of course, it could be argued that Anglesey is due a future jobs bonanza via the proposed giant windfarm that will be built in the Irish Sea and the new nuclear power station at Wylfa.

However, these are both some years away from their start date and if action is not forthcoming soon from WAG, there won’t be any workers left on Anglesey to benefit from the new jobs that will be created as a result of these projects.

At a time when the new First Minister has promised a fairer deal for North Wales, it is time that political rhetoric was turned into real action. Simply put, Anglesey needs vital financial support immediately to cope with these job losses and their effect on the island’s declining economic prosperity.

WAG must therefore give special status to the island immediately and ensure, as it did for those areas in the South Wales Valleys hit hard by earlier recessions, that the money is there to support a new start to the future of the local economy.