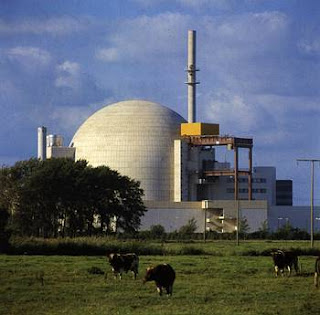 With the development of a second nuclear power station at Wylfa in Anglesey almost guaranteed, it is worth reading this article in this week’s Economist, which looks at whether “big is best” in the nuclear industry?

In fact, the article suggests that the multi-billion pound cost of large nuclear power stations may be prohibitive to private investors in the long run and that the industry is now looking to new approaches.

And rather than relying on huge, traditional reactors costing billions, it is turning to small, inexpensive ones, many of which are based on proven designs from nuclear submarines or warships.

There are clearly challenges, as the article points out in some detail, but the greatest disappointment from reading the article is that the UK seems to be out of this technological race, with most of the development taking place in the USA, which has not seen a nuclear plant come on stream for fourteen years.

Could this concept work?

Well, it would seem that none other than Bill Gates is backing a US firm called TerraPower, which is working with Toshiba to design a small reactor based on a “travelling wave” design. According to the report “Once kick-started with a tiny amount of enriched uranium, it would run for decades on non-enriched, depleted uranium, a widely available material. This will be possible because the nuclear reaction, eating its way through the core at the rate of about one centimetre a year, would gradually convert the depleted uranium into fissionable plutonium—in effect “breeding” high-grade fuel and then consuming it.

According to the Microsoft owner, nuclear power has historically been dogged by five worries: safety, proliferation, waste, cost and fuel availability. “This thing is a miracle that solves all five,” he says in the report.

And if Bill Gates is backing this technology, how many would bet against the concept working? More importantly, is the UK nuclear industry geared up to take advantage of this new cheaper alternative?