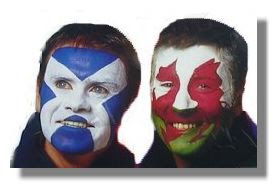 Yesterday the Welsh Government's Council for Economic Renewal met to discuss the way forward for the Welsh economy.

Formerly known as the Business Partnership Council, it provides advice to help inform economic and business policies in Wales.

Under the Government of Wales Act 1998, the Government has a statutory duty  to consult with businesses where the exercise of its functions impact on them.

This duty to consult was strengthened by the Government of Wales Act 2006, which required Welsh Ministers to make a Business Scheme setting out how they proposed to consult with business.

The Council for Economic Renewal is made up of a range of business, social enterprise and trade union representatives and is chaired by the First Minister.

According to today's Western Mail, leading members include :


A fuller list of normal attendees is available on the Welsh Government website. However, it is worth comparing this group to the Council of Economic Advisers which the Scottish Government has put together:

With respect to all the individuals on the Council for Economic Renewal involved who are merely doing their job and have been invited by the Welsh Government to represent their organisations, this is like comparing Porthmadog Town FC with Man Utd or an X-Factor finalist with Bruce Springsteen.

In fact, I am at a loss to understand why the Welsh Government would set up a system to take  economic advice from a group made up largely of business representatives/lobbyists and trade unionists rather than a forum of leading businesspeople and international thinkers. Indeed, with the honourable exceptions of Gareth Williams of the IOD and Phil Orford of the FSB, there is not one individual on the Council for Economic Renewal who has operated at the coalface of business outside of Wales.

Does this merely reflect the lack of ambition in Wales compared to our Celtic Cousins? Why do we continue to be inward looking in everything that we do and revert back to the old committee style approach to everything?

Surely we are better than that?

Wales could and should have developed a completely new way of thinking in providing economic advice to the government. In fact, if we need innovative new ideas and entrepreneurial plans to grow the economy during the next few years, then we should bring together entrepreneurs, business leaders and innovators to achieve this. Indeed, on this blog, back in December 2006, I did suggest that:

“the First Minister should urgently convene a summit of our leading businesspeople and entrepreneurs - such as Sir Terry Matthews, Sir Christopher Evans and Henry Engelhardt - to get their views on what is needed to kick start the Welsh economy.”

And for the first time this week, Ieuan Wyn Jones can't blame the current Labour Government for this state of affairs as he himself, as the Minister for Economic Development, put together this new Council for Economic Renewal by essentially using the same people who had sat on the Business Partnership Council for years rather than doing something creative and innovative.

I understand that there is statutory requirement to consult with business groups but can't that be done in a separate form? If not, then the Council for Economic Renewal should have all the chairs of the nine industry panels - all leading business people in Wales - represented and reduce the trade union and lobbying groups representation to two seats each.

Perhaps then we can finally come up with a more positive approach to sorting out the problems of the Welsh economy rather than the defeatist approach put forward by the First Minister yesterday.