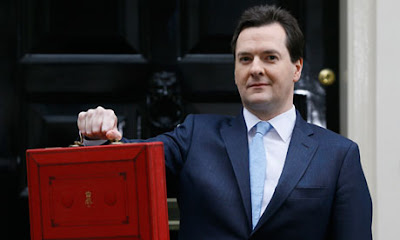 Following last week’s Budget, it wasn’t going to be too hard to predict that, yet again, the opposition parties in Westminster would go on the airwaves demanding a u-turn from the Chancellor of the Exchequer on fiscal and economic policy.

Yet it must have given George Osborne a considerable degree of comfort that the consensus from leading business organisations such as the CBI and the IOD is that reducing the deficit must be the overriding priority for the UK economy in the short to medium term.

Indeed, it was generally agreed by the business community that there was actually very little scope for any major decisions, within the current financial situation, to turn around an economy that seems now to be largely dependent on whether greater confidence can be generated within the business community and amongst consumers which, in turn, seems to be dependent on whether further euro-crises are avoided.

And ignoring the potential effect of Cypriot bank meltdowns, that is probably the thinking from the Treasury behind the announcement to increase capital spending plans by £3 billion a year from 2015-16, as well as the additional incentives for homebuyers.

In fact, this decision may finally be a grudging acceptance from those in charge of country’s finances that the capital expenditure was cut too far and too fast in the first two years of the Coalition Government when it was badly needed to boost the economy, especially the construction sector.

As a result of this decision, Wales will benefit from an additional £161million of capital spending power, which is great news for the economy although the Welsh Government did complain that this funding does not compensate for the loss in capital spending it has already endured since 2010.

Whether this is the case is clearly a debate for politicians to continue over the next few weeks but the one additional silver lining is the suggestion that there may be additional capital funding from the UK Government for two major infrastructure projects for Wales, namely the potential M4 relief road and the electrification of the North Wales railway line.

Of course, the devil is in the detail and negotiations between various Whitehall departments but the sooner a decision is made over these two projects, the better it will be for Welsh business. More importantly, it will certainly compensate for any reduction in capital spending, perceived or otherwise.

It is also worth looking in the small print for other details within the budget that may affect the Welsh economy and amongst the less publicised announcements was the decision by the UK Government to provide £1.6 billion of funding to support strategies in eleven key sectors as part of its industrial strategy. This sounds like great news for technology-based industries but it also has potentially serious implications for Wales, especially if the vast majority of this funding to support UK innovation continues, as it has in the past, to go to England.

This will mean that the Welsh Government, with its own focus on nine key sectors, will need to up its game substantially in ensuring that we compete effectively with other regions in attracting investment in key industries such as life sciences, advanced manufacturing and ICT. With initiatives such as the £100m Life Sciences Fund and the new creative industry hub in Cardiff Bay, there are certainly signs that this is beginning to happen.

And what about the small firm sector which makes up the vast majority of businesses in Wales? Well, many will welcome the introduction of an allowance of £2,000 per year which will be offset against employer’s national insurance contributions from 2014. This will result in 35,000 Welsh businesses benefiting by more than £50million, with 20,000 of these businesses taken out of national insurance contributions altogether.

Despite this boost, some have questioned whether more could be done to support small firms to grow.And whilst large firms will welcome the decision to reduce the main rate of corporation tax to 20 per cent in April 2015 to become most competitive amongst G20 nations, the small business rate of corporation tax has remained the same since 2011.

If, as our politicians keep saying, small firms are the backbone of the economy, then more must be done to ensure that they keep more of their profits to invest in their businesses and that it is not only larger corporations that are the beneficiaries of the Treasury’s fiscal largesse.

However, this may be part of a greater long term plan for the sector and perhaps this is something that George Osborne has up his sleeve to boost the economy in the 2014 or 2015 budgets?

Politics is all about timing and the Conservative Party will be hoping that the economy will begin to recover in 2014, giving the Chancellor further scope to boost business and consumer performance through reductions in corporate and personal taxation.

Certainly, he may be boosted by signs that the economic situation may be better than some doomsayers suggest - employment now stands at a record 29.73 million; the number of UK private-sector businesses is also at an all time high of 4.8 million; retail sales in February grew by 4.4 per cent, their strongest rate in almost two years; and manufacturers expect output to accelerate sharply in the next three months according to a CBI survey.

If true, then such a recovery, combined with more positive policies in the next two budgets may well ensure that, contrary to the pointers within current opinion polls and in the absence of any coherent policies from the other parties, the next General Election result may not be as foregone a conclusion as many think.