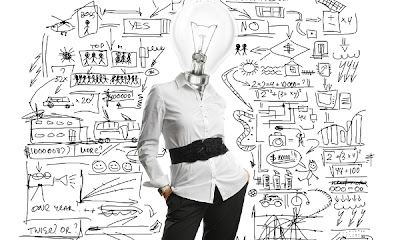 Paraphrasing the current advertising campaign for Denmark’s most famous beer, if Carlsberg made studies of entrepreneurs, they would have created the Global Entrepreneurship Monitor (GEM).

Established in 1999, GEM is the most comprehensive longitudinal study of entrepreneurship ever undertaken.

Last year, more than 198,000 adults in 69 economies took part in the GEM survey, which represented an estimated 74 percent of the world’s population and 87 percent of its GDP.

And as part of its extensive research agenda, the GEM team recently released a special report that focuses on women who start and manage businesses across the World.

As with every GEM report, it is packed full of relevant and interesting statistics that should provide guidance to policymakers in supporting female entrepreneurship around the World.
The most striking fact is the scale of women in enterprise – the study estimates that 224 million women were starting or running businesses in those countries which took part in the GEM study in 2012.

Not all of these are one-woman bands - half of the businesses surveyed currently employ people in their businesses with an estimated 12 million planning to grow their ventures by at least six employees over the next five years.

Despite this enormous impact, entrepreneurial activity remains higher amongst men in most countries of the World, suggesting that more could and should be done to support more women into enterprise and, as a consequence, boost employment and prosperity.

One of the key factors identified in the report to get higher rates of female participation in self-employment is obvious, namely raising the awareness of entrepreneurship amongst women.

Not surprisingly, the research suggested that there tended to be higher rates of female entrepreneurship where women believed there were good opportunities for starting businesses, and where they had confidence, ability and spirit for this activity. In this respect, entrepreneurial role models can play a critical role in demonstrating success and in encouraging more women to follow in their footsteps.

However, a key constraint in female entrepreneurship seems to be the reluctance of women to move from an intention to become an entrepreneur to actually starting a business.

Whilst many indicate an intention to become their own boss, the research indicates that a far lower number than expected are translating this into the creation of a new business. More worrying still is that for those women who do start businesses do not stay long enough as owner-managers with many discontinuing operations before the venture matures.

Much of this could be down to the lack of business support available to female entrepreneurs in many countries. In fact, other studies have suggested that developing more women as mentors to business could be a positive step forward in addressing this issue, especially given that mentoring is seen as a key way of supporting startups to grow.

This lack of growth may also be due to the sector in which women start their businesses, with over half of female-owned firms being located in consumer services and there is some concern expressed by the authors as to why well-educated female entrepreneurs are running low potential businesses, especially in developed countries.

This is partly explained by the fact that whilst women entrepreneurs have higher levels of educational attainment than their male counterparts, they feel less likely to believe in their own capabilities to run a business successfully.

Again, this suggests that there is an enormous untapped potential in developing high growth businesses by female entrepreneurs and that there needs to be more training and focus on this area in the future.

This has significant implications for policymaking. If women have lower aspirations for growing their enterprises, then given the increasing focus on supporting growth firms amongst policymakers in order to get the most return for taxpayers’ support of business, there is a high likelihood that backing female business may fall off the economic development agenda. Given this, there needs to be a greater focus on how women can be supported to develop growing businesses.

Yet despite these concerns, it is clear that entrepreneurship is a viable career choice for an increasing number of women around the World.

Indeed, starting your own business it is becoming increasingly popular amongst young women in many countries around the World. Perhaps this is where policymakers should be focusing their efforts – on that slice of society where there is a growing appreciation of the potential of enterprise driven by both business and personal values.

Therefore, despite some progress during the last few years, we have yet to fully realise the full global potential of female entrepreneurship either in starting a business or, more importantly growing a successful venture. Certainly, there is far more that governments around the World can do to ensure we get more women to become involved in entrepreneurial activity, and as result, stimulate greater economic prosperity and jobs in their local communities.
Female entrepreneurship Global Entrepreneurship Monitor