NUMBER OF START UPs IN WALES 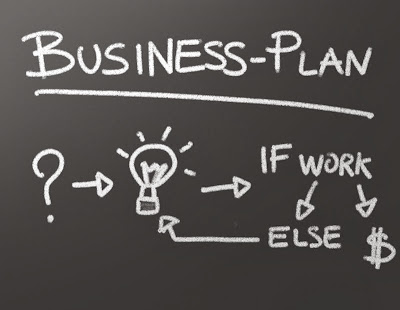 Last week, the latest data was published on the number of new businesses being created in Wales and showed that there were 8,270 enterprise births during 2012.

As a proportion of all Welsh businesses, this equates to a birthrate of 9.4 per cent as compared to a UK birth rate of 11.4 per cent. Only Northern Ireland was ranked lower out of the twelve UK regions.

Whilst there is a growing commitment by the Welsh Government towards developing greater entrepreneurship across Wales, there remain considerable challenges in ensuring that more people start their own businesses, especially in high growth sectors.

Therefore, should we be looking elsewhere for inspiration?

As a regular visitor to Singapore in recent years, I have become aware that the government of this small island economy has, for the past decade, been promoting entrepreneurship as a viable career choice and cultivating an enterprising mindset among its citizens.

More relevantly, much of this entrepreneurial focus has been on developing high technology businesses to build on the enviable reputation of this small country in the field of innovation and competitiveness.

For example, it was ranked first in the 2012 Global Innovation Policy Index and also second in the 2012 World Economic Forum Competitive Report. It was also noted by the Economist as the most competitive city in Asia amongst 120 world’s major cities and third worldwide, behind New York and London.

My research has shown that whilst there is a range of initiatives being delivered by various organisations in Singapore, the most relevant  in terms of encouraging greater technology-based entrepreneurship is the National Framework for Innovation and Enterprise (NFIE).

This is a comprehensive national programme to grow innovation and entrepreneurship in Singapore by focusing on the formation of start-up companies to commercialise cutting-edge technologies developed out of research laboratories. Most importantly, it aims to encourage universities and polytechnics to pursue academic entrepreneurship and turn their results into commercial products for the market place.

In the context of entrepreneurship policy in Wales, what is important here is the strong link between the technology base and new business development that has been largely missing in previous policies developed by the Welsh Government.

Even within the new innovation strategy for Wales, there seems to be very little integration of these two elements and the importance that technology-based entrepreneurs can play in delivering wealth creation within an economy.

In fact, there are various programmes run under NFIE that could be easily replicated in Wales to add real value to innovation and entrepreneurship across the economy.

For example, £25 million has been committed to the Global Entrepreneurship Executive scheme to attract experienced entrepreneurial global talent to Singapore. These individuals can then support locally-established startup companies, either as mentors or board members, to help create a critical mass of local high-growth firms.

Similarly, whilst the Higher Education Funding Council for Wales does encourage Welsh universities to develop formal entrepreneurship strategies, there are very few which actually have a University Enterprise Board similar to that found in Singapore's higher education institutions to drive forward a strategy for spinning out new businesses from academia.

Therefore, the key lesson here is that the driver in terms of policy must not be just a pursuit of greater innovation for its own sake, but a specific focus on supporting technology-based entrepreneurship as a key part of the Welsh economy.

Yes, there are various initiatives in Wales, such as the £2 million High Potential Starts project, where innovative businesses are being supported with some success.

However, there is no overall policy direction in this area within Wales and is time this was considered if our economy is to replicate the success of Singapore in creating and sustaining innovation to develop a competitive nation.
new businesses Singapore start-ups Wales