THE WELSH LANGUAGE AND ECONOMIC DEVELOPMENT 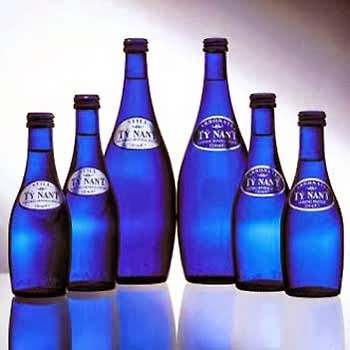 During the last year, I was privileged to be a member of a taskforce set up by the Economy Minister, Mrs Edwina Hart, to consider the links between the Welsh language and economic development.

It was encouraging that we received many constructive ideas and positive examples from the private sector as to how they considered the Welsh language could be used to support business communities across the nation.

Perhaps one of the most important suggestions from the report is related to a business view of the unique nature of the Welsh language, namely the fact that it is one of the oldest in Europe means that it has its own specific brand value that can bring potential commercial benefits to businesses.

For successful businesses across the globe, bilingualism and an appreciation of differing cultures are an important part of their marketing strategies enabling them to strengthen company brands whilst also making them more relevant to local customers.

Whilst the use of Welsh is not widespread amongst all firms in Wales, there are international companies that have utilised it as part of their competitive offering to customers around the World, with global brands such as Ty Nant Water and Penderyn Whisky using Welsh names to reflect the local origins of the products and evoke a sense of place in their offering.

Despite these examples, there needs to be a greater effort in encouraging other businesses to utilise the Welsh language as a competitive differentiator with other brands in an increasingly global marketplace, especially compared to those European countries which utilise minority languages as a way of providing key marketing advantages and differentiating their business offering.

This has been predominantly through basic branding and marketing especially visual communications, corporate materials such as headed paper and business cards, signage, and marketing materials (both printed and online). This enables businesses to capitalise on the application of the Irish language regardless of the fluency of staff or customers.

In addition, some Irish businesses operating on an international scale have used bilingual Irish-English branding to create a synergy between the company’s image and the strong reputation for Irish goods aboard, especially in countries where there is a strong diaspora.

There is also strong evidence that there was a positive attitude among consumers to buying food products that included Irish words on the packaging as well as English. This is a significant finding given the importance for Welsh firms in ensuring more goods are sold to Welsh consumers through supermarkets and other stores.

One way of stimulating similar activity on this side of the Irish Sea has been proposed by Wales’ largest business representative group, the Federation of Small Businesses.

It suggested that policies could be put into place to encourage the greater use of the Welsh language for branding and promotion amongst businesses in Wales.

In addition, others have proposed measures could be developed to encourage greater awareness of bilingual branding in Wales including specific interventions such as adopting the Irish model of providing matched funding to those businesses to produce bilingual signage and bilingual marketing material.

Therefore, this report is a practical step in seeking positive outcomes in relation both to the Welsh language and fostering economic development. I can only hope that the business community lends its support to the findings and more importantly, takes full advantage of a unique natural resource.
economic development Ireland Welsh Government Welsh language