CREATING A FINANCIAL ECOSYSTEM THAT IS FIT FOR THE WELSH ECONOMY 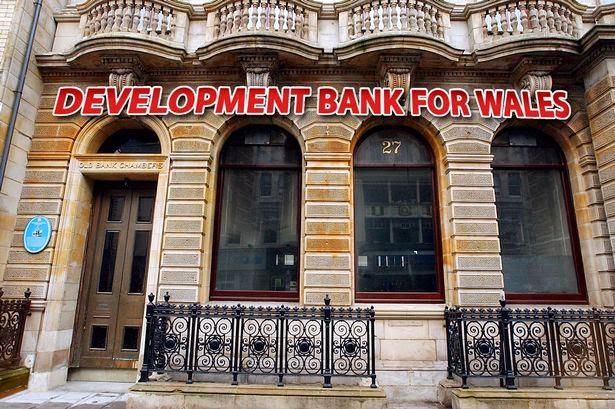 The Welsh Government has now started the process of examining the feasibility for a Development Bank for Wales by holding the first meeting of the advisory board that will be establishing the business case for this new body.

This board, which I have the honour to chair, consists of exceptional individuals who have the expertise and experience in the areas that such a bank may need to support. These include equity finance, business angel funding, debt funding, investment banking, invoice discounting, business support and export finance.

The starting point will be a thorough analysis of key areas, setting out an assessment of the available options and a plan on how to achieve this.

It will examine the role of the development bank, what should it set out to achieve, who should benefit from its services and how would it ensure that the public and private sectors work most effectively together. It will determine which current services offered by the Welsh Government could be incorporated, what additional services could the bank offer beyond these and how these amalgamated services can be operated most effectively.

The review also needs to identify the key areas of governance that will need to be addressed in its operation, especially its regulatory and legal standards and its resource requirements, especially the start-up costs for such a body and the capital required to maintain its funds.

It is an enormously challenging task but this is an opportune time for examining this type of funding model, especially as there is a growing realisation that development banks can make a real difference to economies around the World.

The eminent international financial expert Professor Stephay Griffith-Jones of Columbia University recently noted that “public investment banks provide the vision and long-term finance that help sustain investment, innovation and job creation particularly when private lending on its own is not sufficient”.


As a result, politicians are now starting to see such banks as a viable option to revitalise their economies.

For example, the lack of access to finance by small and medium-sized enterprises (SMEs) in Ireland was identified by economists as one of the key risks to an Irish recovery. To deal with this, the Irish Government announced a fortnight ago that it is to set up a new State bank to pump over €500 million into Ireland’s credit-starved SME sector.

This new body - the Strategic Banking Corporation of Ireland - will be jointly funded by Germany’s promotional bank KfW, the European Investment Bank (EIB) and the Irish Government. It will provide funds to banks and other institutions on the proviso they lend to SMEs on more favourable terms than have been available up to now. Significantly, these loans will be low-interest and targeted at firms who cannot get credit through the normal channels. 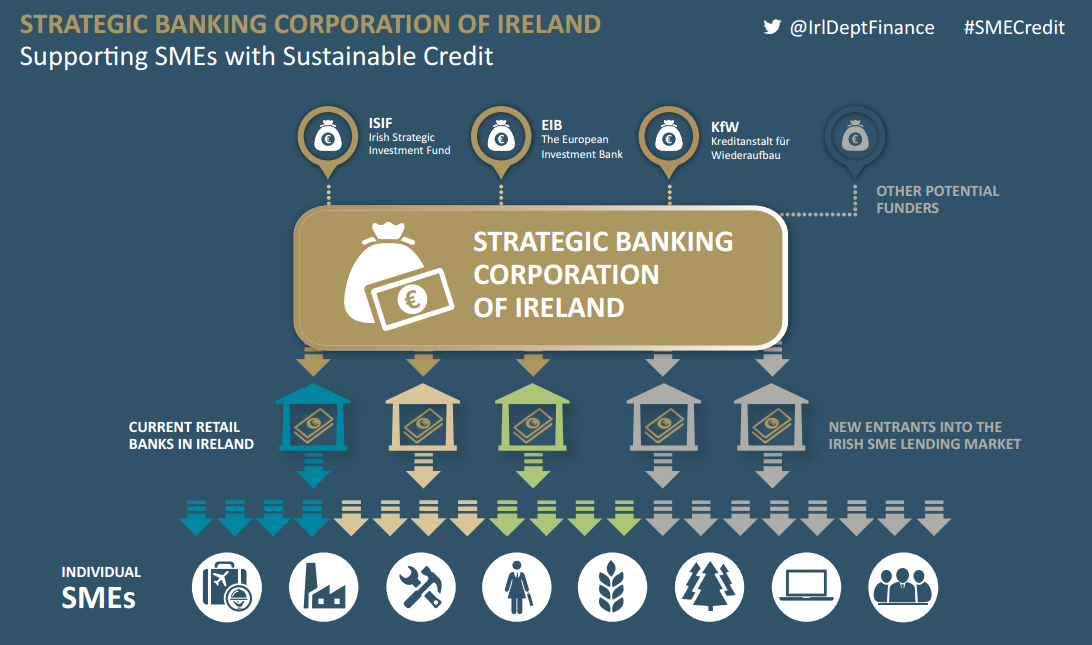 Therefore, whilst our competitors are pushing hard to establish development banks to support their business community, some in Wales have questioned whether we actually need such a body.
This is despite the overwhelming evidence that the Welsh economy remains a position where smaller businesses are still facing difficulties in accessing funding from the banks and there has yet to be any significant increase in alternative sources of funding. In addition, public sector financial support seems to be fragmented and Wales has yet to receive any substantial funding from the UK Government’s Business Bank.

And whilst Finance Wales has three new funds worth £56m to complement its £150m JEREMIE Fund, the number of investments it has actually made over the last 12 months has actually fallen by six per cent. In fact, the number of investments made by the JEREMIE Fund in 2013-14 is down by 36 per cent on the previous year (or -£2.1m) which is disappointing for the Welsh SME sector. In contrast, Finance Wales' investments in England via FW Capital are up 29 per cent (or +£3.5m).

Therefore, we could just continue as we are and bury our heads in the sand over the fate of the Welsh business community and its capacity to access finance to grow and just leave things as they are. But why should we accept such a scenario? Why, as the First Minister recently noted, should we settle for being bottom of the pile?

Shouldn’t we instead set ourselves the vision of creating the best possible support system for the business community in the UK? Shouldn’t we instead aspire to create a financial ecosystem to fund SMEs that is the envy of other regions across the World? Isn’t the whole point of being a devolved nation is that we can, if we so wish, do things better than our competitor economies?

No decision has yet been taken by the Welsh Government to create such a Bank but the panel will make a strong case for such a body by being evidence-based, setting out clearly the advantages of the options suggested and utilising market intelligence already available. It will also, contrary to what some have suggested, build on successes within existing support systems as well as drawing on best practice from around the World.

Certainly, if we don’t try then we will not achieve anything and I cannot believe, despite some of the criticisms of the concept of a new development bank,  that there is anyone within our business community who seriously believes that we should not be doing everything possible to support our SMEs to grow.

Over the last year and a half, we have had enough debate on this matter. Now it is time to roll up our sleeves and get on with the job at hand. So let's all work together - government, banks and businesses - to create something that will make a real difference to the Welsh economy and, more importantly, help create jobs and prosperity across the nation.