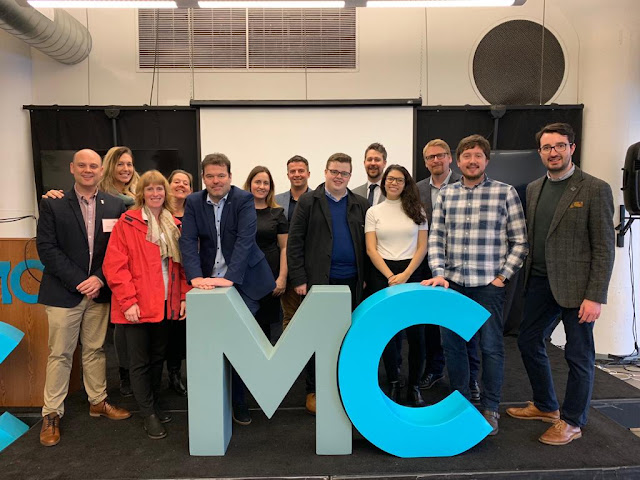 This week, I was delighted to be back in the USA with a brilliant group of Welsh start-ups to work with one of the world’s leading universities, namely the Massachusetts Institute of Technology (MIT). The aim of the visit was to understand some of the key aspects of the innovation ecosystem developed around MIT and, more importantly, to understand whether there were any lessons from their experiences for the Welsh economy.

The city of Boston and its surrounding areas is now seen as one of the primary innovation regions in the World, not least because of the technology that emerges from over fifty academic institutions including MIT and the world class Harvard University.

These universities also teach those talented young people who are not only in demand from large corporates such as Google, IBM, Facebook, Amazon and Uber but who are increasingly looking to set up their own businesses. Indeed, the United States Chamber of Commerce named Boston as the best American city for fostering entrepreneurial start-ups in both 2016 and 2017.

These budding entrepreneurs also have access to funding, with Boston ranked fourth in the world for venture capital (behind San Francisco, San Jose and New York) with £35 billion invested between 2010 and 2017 in high growth sectors such as life sciences and digital health.

But one of the reasons that the region around MIT has become one of the world’s leading areas for new businesses and technologies is that the university is not alone in supporting this and there is a vibrant innovation ecosystem that brings together large firms, entrepreneurs, equity investors, academics and government in a seamless partnership where the sum of the parts is greater than the whole.

That is why a visit to a large refurbished warehouse building in the docks area of Boston last Tuesday was of particular interest as it encompassed this model perfectly.

During the economic downturn in 2008, two strategy experts working at the global consultancy Bain and Co had a vision of a creative, inspired society in which everyone is empowered and has the resources to maximize their impact. To achieve this, they set up a new type of organisation to make it as easy as possible for entrepreneurs to launch and grow new ventures.

So in 2010, they launched MassChallenge, an accelerator programme which would focus on creating a movement to support entrepreneurship and putting value creation at the heart of the global economy.

Like all accelerators, it would support early-stage, growth-driven companies for a fixed period of time (four months) and, through an intensive programme of education, mentoring and financing, would ‘accelerate’ their development into viable investor-ready businesses that could create jobs and wealth both locally and globally.

However, unlike many accelerators it would be not-for-profit, provide free co-working space, would not take equity in the businesses (which could also be based in any sector of the economy) and the intellectual property would remain in the hands of the founders of the business.

The tenants within MassChallenge would also get the opportunity to partner with top businesses and organisations to solve key challenges related to their industry as well as winning a part of £2 million in cash prizes provided by an impressive group of global firms.

Given the cut-throat world of investment in high technology ventures, many would have doubted if such an altruistic approach would actually work but yet it has. In fact, during the last nine years, it has supported more than 1600 start-ups which have raised more than £2.3 billion in funding, generated more than £1.5 billion in revenue, and created more than 80,000 total jobs.

And given that only around a quarter of firms survive the first five years, 86 per cent of those emerging from MassChallenge are still active and have attracted further rounds of funding (with a fifth raising £1.2 million or more). In fact, research from MIT has shown that start-ups that participate in the programme are two and half times more likely to raise at least £400,000 in funding and are three times more likely to reach at least 15 employees.

It is also worth noting that given the well-documented problems in getting more women involved in tech start-ups, 42 per cent of MassChallenge’s accelerated start-ups have been founded by women, raising nearly £300 million in funding in the last nine years. This has been largely down to the creation of a Women Founder's Network which has provided female founders with the support, networking, and connections to grow their businesses.

Could such an approach work in Wales?

Certainly, there is no guarantee that adopting a full-scale model would operate successfully in our economy, especially as the London version of the programme was recently shut down.

However, many of the individual elements of the Mass Challenge model - especially the competitive prizes, links with corporates and a focus on women-led start-ups - could be of benefit in improving not the quality of new Welsh firms but, more importantly, in ensuring that they are ready for further investment in the future.