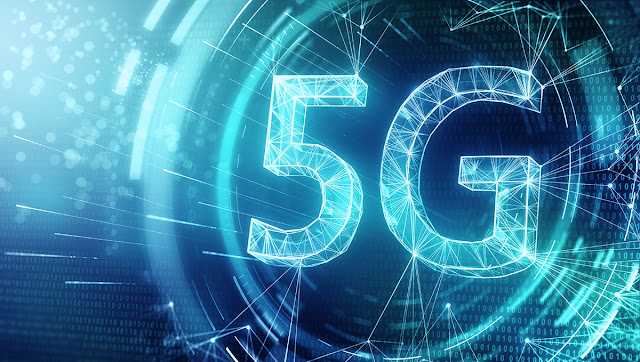 It’s just over two years since the Swansea Bay City Deal was announced in a fanfare event attended by senior politicians at Swansea University.

Since then, there have been various concerns raised not only over key projects such as the Wellness Village in Llanelli but over its overall corporate governance.

Hopefully, this will be sorted out soon for the benefit of the local economy but one element remains missing from the whole deal and one which could have made it truly transformational namely the concept of the Internet Coast.

This was the proposal from Sir Terry Matthews and his team that was at the heart of the original Swansea Bay Deal and which would have created a world class digital infrastructure within the region. Unfortunately, it did not feature strongly in the final strategy approved by the UK and Welsh Governments.

Gary Thompson, one of the architects of those original plans, recently gave an interesting and informative talk at the annual ACCA St David’s Day breakfast on this concept.

To be fair, he did not dwell on what could have been done within the Swansea Bay but, more relevantly, expanded the concept to examine how Wales could create a “National Digital Infrastructure” that would exploit the faster and more reliable 5G networks that are the next generation of mobile internet connectivity.

More importantly, the development of this digital infrastructure could unlock some of the £7 billion that is being made available under the UK Government’s Industrial Strategy to meet its four “Grand Challenges” namely harnessing the power of innovation to help meet the needs of an ageing society; becoming a global leader in the way people, goods and services move especially via autonomous vehicles; leading the world in the creation of low-carbon SMART energy systems; and putting the UK at the forefront of the artificial intelligence and data revolution.

All of these challenges will result in an exponential growth in data which can only be delivered through a world class digital infrastructure. If Wales does not have that in place then it will lose the opportunity to improve public services, increase productivity levels, be at the forefront of developing innovation and to create new global industries.

So how can this be achieved?

Currently, London is the centre of the UK’s data industry with its international connectivity being provided via submarine cables in Cornwall. These cables were built in the 1990s and are rapidly coming to end of their life with the only other alternative cable system - which connects directly to New York - based in Liverpool.

Whilst the amount of data being created is increasing exponentially (e.g. in 2016, there was more data created in one year as the amount data ever created), London is running out of power and space to be able to manage this growth.

This naturally provides an economic opportunity not only for an alternative internet gateway to London in other parts of the UK but also to provide an alternative point of internet resilience.
This presents real opportunities for both North Wales and South Wales i.e. there is already an international cable which connects to Anglesey whilst in the South, there is a new international submarine cable which passes through the Bristol Channel.

If Wales could connect to these two cables and develop a world class 5G and fibre infrastructure to exploit this opportunity, it could be a major game changer in enhancing the economy as a 5G infrastructure is required for a whole host of new applications, including autonomous vehicles, the internet of things and a 21st century healthcare system.

Other potential spin-offs from this infrastructure could include the development of the UK’s first low carbon energy data parks in North and South Wales. Indeed, Denmark has recently secured  a £1.1 billion investment from Apple to create 1.6 million square feet of cloud data analytics centres which will be run on renewable energy. If the same could be done here, then this could not only create a new digital industry but support the development of low carbon energy sources required to power these parks including tidal lagoons in Swansea, Cardiff, Colwyn Bay and Newport.

And the cost for developing a National Digital Infrastructure for Wales? Well, that is currently estimated at £110 million which is considerably less than many other recent large economic projects including the proposed Wellness Village in West Wales.

If verified, that could an incredible return on investment for Wales and at the very least, there should now be a detailed analysis by both UK and Welsh Governments of whether Sir Terry Matthews’ original idea of the Internet Coast can be expanded to the whole of Wales to ensure that our economy does not lose out on this once in a generation opportunity to transform the prospects of the nation.