LEARNING LESSONS FROM THE USA ON FEMALE ENTREPRENEURSHIP 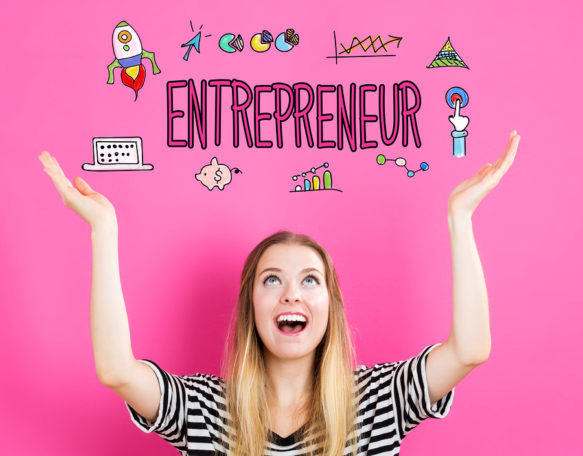 Whilst there are only six nations that have a gender equality in entrepreneurial activity (Panama, Indonesia, Thailand, Qatar, Madagascar and Angola), Europe and North America has many economies with a distinct lack of gender equality. Indeed, the UK is one of several countries where female entrepreneurship is at less than half the rate of men.

Given this, it has been surprising that there has been no real focus by policymakers to close this gender gap in entrepreneurship to help create wealth and employment. Indeed, most of the business support at both the UK and Welsh Government levels has done little to address some of the key challenges faced by women starting and developing a business.

As a long-time advocate of developing specific interventions to help more women into business, I can only welcome a recent report which has examined this issue in detail.

“Supporting entrepreneurial women in Wales” has shown that despite the Welsh Government currently having no gender specific policies in entrepreneurship, there is widespread enthusiasm and desire to better support women to achieve their business goals.

It comes up with a series of recommendations including improving engagement with potential women entrepreneurs to better understand their individual barriers that prevents participation in business start-up activity; tailoring business support services to ensure they are gender aware; and recognising and promoting the success of women entrepreneurs as role models to others.

Yet, the fact that such a review had to be commissioned shows that there is a long way to go in ensuring that female entrepreneurs are fully supported in their endeavours in business.
Certainly, if we compare the current situation to some of the policy initiatives in the USA, much needs to done to ensure greater gender equality in entrepreneurship.

Take, for example, the Women’s Business Ownership Act which was passed into US law in 1988 to meet the needs of women entrepreneurs by recognising the significant role they play in the economy and provide them with additional resources to become stronger business owners.

As a result, there have been some key interventions which have really begun to make a real difference in encouraging greater levels of female entrepreneurship.

For example, one of the direct results of the Act was the establishment, by the Small Business Administration, of the Women’s Business Center (WBC) programme. Its mission is to act as the catalyst for providing in-depth, substantive, outcome-oriented business services to women entrepreneurs.

And with research showing that women who receive counselling and mentoring early in the development of their businesses are more successful than those who don’t, it wouldn’t be too difficult a step for the Welsh Government, as part of its commitment to entrepreneurship, to consider replicating the WBC programme across Wales and thus ensure that those women who want to start and grow and business are given the full support to do so.